Expensive sweating: Can you use the sauna despite the energy crisis?

Whether Finnish, steam or bio sauna, all require a lot of energy. 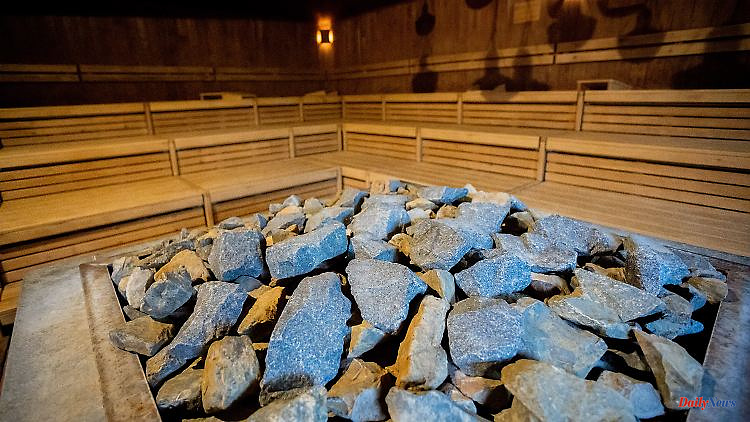 Whether Finnish, steam or bio sauna, all require a lot of energy. But that is currently scarce and expensive. The question quickly arises as to whether sauna visits are still up-to-date at all.

Germany is sauna country, the numbers speak for themselves. Around 30 million people in Germany regularly grab a towel and let themselves be soaked in the wooden cabins. Around 1600 studies show that sweating strengthens the immune system. With the German Sauna Association, the largest association in the industry is based in Germany. Starting this Tuesday, he will be hosting the International Sauna Congress in Stuttgart. At the world's largest industry meeting, one topic is right at the top: energy.

Sauna operators report to the head of the association, Martin Niederstein, that energy prices have risen by a factor of up to ten in some cases. He speaks of difficult times for his industry. The closures caused by the corona pandemic would still be in the bones of many. A lot of staff has been lost in the past two years. And now the energy crisis. "On average, prices had to be increased by 13 percent this year," reports Niederstein. Therefore, many operators would expect fewer visitors.

Schleswig-Holstein's Prime Minister Daniel Günther had called for the saunas to be left completely cold in winter in order to save electricity. "I do think that certain wellness offers this year belong to the kind of luxury that one should voluntarily do without," Günther told the "Welt am Sonntag".

Niederstein countered: Sauna bathing is an incredibly cheap way of personal health care. "Every euro invested here will subsequently relieve the public health system many times over." Therefore, from his point of view, it is morally completely justifiable to go to the sauna.

Christine Pesch runs the "Schwabenquellen" in Stuttgart with her husband. Autumn and winter are high season for their large spa and water bath complex. The regular guests are grateful that the "Schwabenquellen" still exist, says Pesch with a view to the corona pandemic. The operators had to pass on the additional costs caused by the energy prices to the admission prices in the summer. In order to be more energy efficient, the ventilation is now different.

However, the industry is also increasingly looking for alternatives to gas or conventional electricity. An ecological operation is the goal, says the head of the association, Niederstein. The University of Stuttgart is demonstrating how it could be done with the development of a so-called zero-energy sauna. Since 2016, scientists have been working on an energy self-sufficient family sauna that enables CO2-neutral operation through the integration of innovative heat storage technology and solar power. The scientists want to report on their progress at the Sauna Congress.

With a sauna session lasting several hours, the average power consumption is 6 to 8 kWh. For comparison: According to an energy provider, this corresponds to 300 to 400 hours of work on the laptop. "Anyone who opts for good, high-quality insulation and ventilation can save electricity in the private sector," says Markus Gäbele. He is the head of development and construction at Klafs, the world market leader in the construction of sauna systems.

The order books are still well filled even in times of the energy crisis. But people would get more information. At the International Sauna Congress, Gäbele also wants to report on energy efficiency in public saunas - for example through regular maintenance. The congress takes place together with the international trade fair for swimming pools, saunas and spas, the Interbad.

According to the organizers, the water for the opening infusion, which Finland's Ambassador Anne Sipiläinen is responsible for, was specially brought to the Swabian metropolis from Tampere in Finland. Finnish sauna culture made it onto the UNESCO Intangible Cultural Heritage List in 2020.

But how do the Finns deal with the sauna in times of the energy crisis? The government in Helsinki has already advised people to think twice before turning on the electric sauna, especially during the cold winter months.

The majority of people in the northernmost country of the European Union usually have a sauna at least once a week. In view of the sharp rise in energy prices, they too are very worried - not least because of the operation of their prized sweat rooms at home. 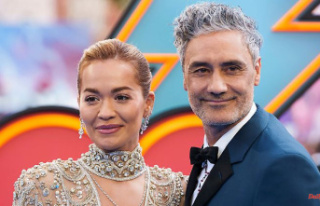 MTV moderation in Düsseldorf: joint job for Ora and...