The new Bayreuth "Ring" has no luck with "Wotan": At the premiere of "Valkyrie" on Monday evening, singer Tomasz Konieczny injured himself so badly in the role of the father of the gods that he cannot continue singing. 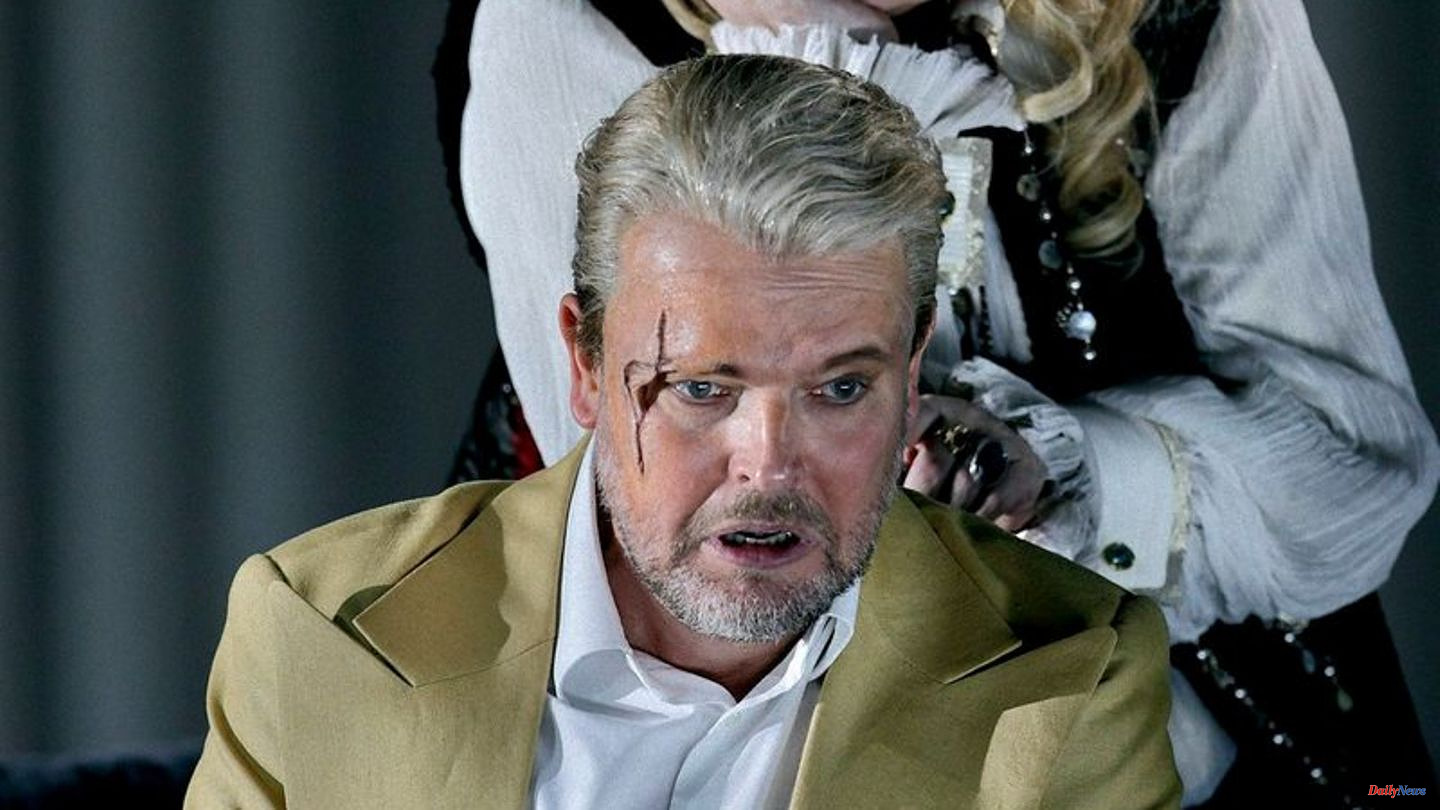 The new Bayreuth "Ring" has no luck with "Wotan": At the premiere of "Valkyrie" on Monday evening, singer Tomasz Konieczny injured himself so badly in the role of the father of the gods that he cannot continue singing. In the second act, a chair he falls into breaks - and the singer falls to the ground.

Although Konieczny brings the act so professionally and outwardly unmoved on the stage that one or the other viewer suspects that the incident could be part of the staging. However, the singer is no longer able to act three, as festival spokesman Hubertus Herrmann has to tell the audience. Michael Kupfer-Radecky jumps in more than briefly - and is celebrated by the audience as the savior of the evening.

No luck with "Wotan"

The "Wotan" role in this year's new production of "Ring des Nibelungen" demands a lot of improvisational talent from the festival and director Valentin Schwarz: Kupfer-Radecky is already the fifth godfather of the production. Günther Groissböck, who was originally planned, canceled last year, and his replacement John Lundgren in June of this year.

Egils Silins then stepped in for him in the first part of the "Ring" "Rheingold" - and Konieczny in the "Valkyrie" and as "Wanderer" in "Siegfried". It was initially unclear whether his appearance in "Siegfried", the third of the four "Ring" parts, could remain after his accident on Wednesday.

A chair broke once

Incidentally, the "Wotan" incident is not the first time that a broken seat has made headlines at the festival: in 2015, a chair under the then Chancellor Angela Merkel (CDU) collapsed during the break. Reports of an alleged dizzy spell made the rounds, but were quickly denied.

As much improvisation is necessary for the musical staff in the new "Ring" (also "Ring" conductor Pietari Inkinen had to be replaced by Cornelius Meister shortly before the premiere due to a corona disease) - Schwarz leaves so little to chance and fate in his directorial concept. After his thoroughly choreographed "Rheingold", he also shows in "Valkyrie" how much he thought about the great Wagner material about gold, greed and gods.

In the second part, too, the big goal remains: to get psychologically close to the characters, to give them more depth, more facets - and to accompany them in their messed up family ties in the same way that the inclined Netflix audience does in one or the other series White. Wagner as a modern family saga.

Valkyrie ride in a beauty clinic

So he lets the Valkyrie ride play out in a beauty clinic, where the ladies have been instructed in physical self-improvement. He gives Brünnhilde (Iréne Theorin) - long before Siegfried - a man at her side, a faithful companion who silently supports her and, at the very end, even accompanies her to the mountain to which her father has banished her - until she becomes a man saved and possibly married. In Schwarz, Brünnhilde not only gives up her self-determined life in the conflict with her merciless father Wotan, but also her love.

In addition, Schwarz stages Freia's (not intended in the Wagner original) burial as a vanguard of the "Götterdämmerung" that threatens in the fourth part, lets Wotan shoot Siegmund (Klaus Florian Vogt) himself instead of just smashing his sword and changes - at least from the point of view of one or other Wagnerians - Outrageous things about the paternity of the hero Siegfried, who appears in the third part: In the Schwarz production, that is not (as with Wagner) Siegmund, but - in all probability - Sieglinde's (Lise Davidsen) Husband Hunding (as always a bank : Georg Zeppenfeld).

Because Sieglinde is already pregnant when she meets her twin brother Siegmund. And the two revel in childhood memories to the great aria "Winterstürme wichen dem Wonnemond" instead of indulging in incestuous bliss. Instead, Sieglinde's father Wotan later tries to rape his sleeping, pregnant daughter.

Schwarz expects a lot from the Bayreuth audience, who are largely traditional and loyal to the work. The young Austrian is bubbling over with entertaining and exciting ideas - the implementation alone is lacking in part two.

Much is not clear at first glance, the abundance of his ideas sometimes makes it difficult to deal with them in depth. Also, strands laid out in the "Rheingold" are hardly taken up in the "Valkyrie". Is the girl that Wotan offers the giants in the first part in exchange for Freia and who finally disappears at Erda's hand actually the young and traumatized Brünnhilde? Unfortunately, the "Valkyrie" does not give an answer to this.

Loud boos are also mixed in with the final applause after the "Valkyrie", which, however, falls silent when the musical staff appear on stage: Conductor Meister, who has the "Valkyrie" far better under control than the "Rheingold", is also celebrated like a powerful Theorin as Brünnhilde and a lyrically incomprehensible Davidsen as Sieglinde. As always, you can understand every word of Klaus Florian Vogt, who (which is also nothing new in Bayreuth) can claim the biggest applause of the evening.

The "Ring" will take a break on Tuesday, and "Siegfried" will continue on Wednesday, before "Götterdämmerung" is scheduled for Friday.

Information about the "Valkyrie" 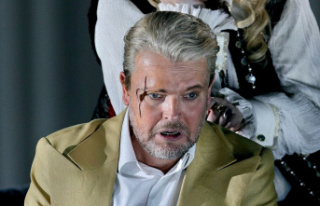