Analysis of the mobilization: Putin prolongs the war, but does not turn the tide 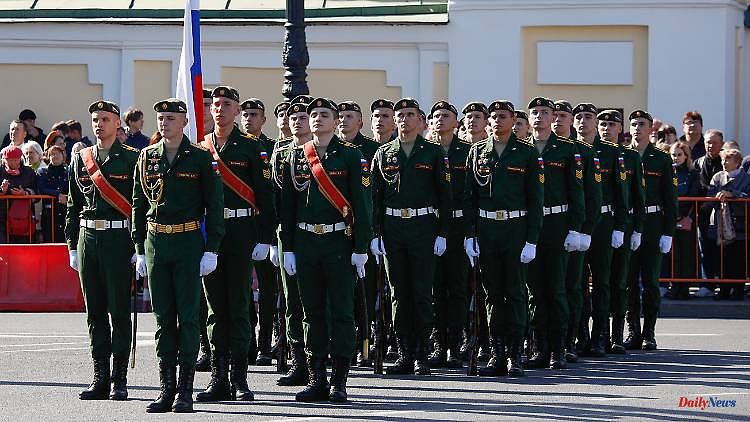 Vladimir Putin makes the feared partial mobilization come true. But the procedure raises questions, both for the Russians concerned and for the armies of both sides. It is doubtful that 300,000 reservists will strengthen the Russian army quickly and noticeably.

After referendums on Russia's accession were scheduled in the Russian-controlled People's Republics of Donetsk and Luhansk and in the Ukrainian districts of Cherson and Zaporizhia, some of which are occupied by the Russian armed forces, Russian President Vladimir Putin was scheduled to give a speech on Tuesday evening. But instead of 8 p.m. Moscow time, as reported by journalists close to the Kremlin, Putin's speech was not broadcast until 13 hours later, on Wednesday morning. Despite the delay, exactly what many had feared became reality: Putin, who in his usual tonality spoke of a confrontation with the "entire military machine of the collective West," announced partial mobilization.

In an interview with Russian state television that was broadcast a little later, his confidante, Russian Defense Minister Sergei Shoygu, emphasized that the mobilization will initially be limited to 300,000 reservists - not all at the same time, but step by step. "Only those citizens who are currently in reserve and have certain military professions and relevant experience will be called up," Putin himself assured in the speech, affirming that all draftees would undergo additional military training.

It is questionable whether all of this will actually happen. Because the corresponding decree by Putin is worded very vaguely and gives the Ministry of Defense a great deal of freedom in its implementation. "It will work like this: The defense ministry will determine mobilization quotas for the regions. Governors will be responsible for fulfilling these quotas," writes Pavel Chikov, a Russian lawyer specializing in human rights issues. Men who have served in the army and then signed a reserve contract would be drafted first. Then the simple reservists followed.

However, the figure of 300,000 is legally irrelevant. According to Kremlin spokesman Dmitry Peskov, the number of those mobilized is dealt with in Article 7 of Putin's decree, but that article is classified. It is unclear why this part of the decree is being kept secret while Shoygu is publicly speaking about 300,000 reservists. The Department of Defense is believed to have no restrictions on increasing that number. There are probably no legal restrictions on conscripting men without military experience. In addition, according to the mobilization law, the freedom of movement of men eligible for conscription could be restricted. According to the assessment of the chairman of the State Duma Committee on Defense, Andrei Karaulov, the time has not yet come. Putin's spokesman Peskov emphasized that the details of the possible border closure for men will be made public at a later date.

But what do the events of the last few days mean in general? Above all, one thing is clear: Vladimir Putin wants to add the currently occupied Ukrainian territories to his own empire as soon as possible after the end of the orchestrated referendums. Now it looks as if the announcement of partial mobilization after the successful counter-offensive of the Ukrainian armed forces will primarily serve to defend these areas. Previously, the numerical inferiority of the Russian armed forces was one of the most important problems facing Russia in its war of aggression. Theoretically, partial mobilization should improve the starting position for the Russians in the foreseeable future.

In practice, however, Russia faces a multitude of problems: the majority of the Russian army relevant to the war is already fighting in Ukraine. The combat quality and morale of the new reserve forces is expected to be significantly lower. Not least because of the suspected lack of morale among those conscripted, the Russian parliament on Tuesday tightened the legislation on conscientious objection in an urgent procedure. There could also be problems both with the lack of training infrastructure and with officers for the new formations. The technical equipment for the new soldiers is also questionable.

Above all, however, it would take at least one and a half to two months before the first conscripts were really sent to the front. The entire mobilization process will take much more time. In the meantime, Ukraine will certainly try to extend its successes and expand the offensives in the Kherson and Luhansk regions, which have been largely successful so far. Furthermore, the announced 300,000 Russian soldiers are not enough to launch a major attack along the entire front line. Rather, the Russians will therefore focus on ensuring that a situation like that in Kharkiv district does not repeat itself and that the army at least fulfills the political goal of occupying the entire Donbass.

At the moment, however, Russian forces are far from capturing Donetsk Oblast completely. Ultimately, partial mobilization doesn't necessarily put the Russian army in a much better position, but it will probably prolong the war significantly and result in even more casualties on both sides. Tension is being watched as Russia reacts to the Ukrainian counter-offensive in the occupied territories, after Moscow has formally annexed them and they are Russian territory from the Kremlin's point of view. However, it can be assumed that Putin's most recent nuclear threats were aimed more at the West than at Ukraine.

1 "If a mega-crisis threatens like now": Söder... 2 After Russian partial mobilization: China calls for... 3 "I know my limits": Federer wants a dream... 4 "The alarm bells go off": Several stars... 5 October 31 is the deadline: the deadline for property... 6 Baden-Württemberg: opponents of nuclear power: "crack... 7 Saxony-Anhalt: More young lawyers and a little more... 8 Bavaria: Man turns himself in to the police after... 9 Hesse: Already 100,000 visitors to the musical "Robin... 10 Baden-Württemberg: cyclist hit by the police and... 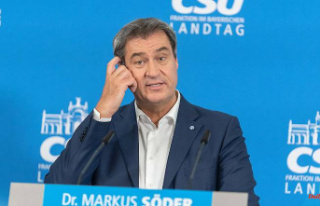