Any blame denied: Kremlin: Still no documents for Turbine

While the Chancellor describes the turbine in the gas pipeline, which has not yet been installed, as usable at any time, Moscow continues to insist on bureaucratic subtleties. 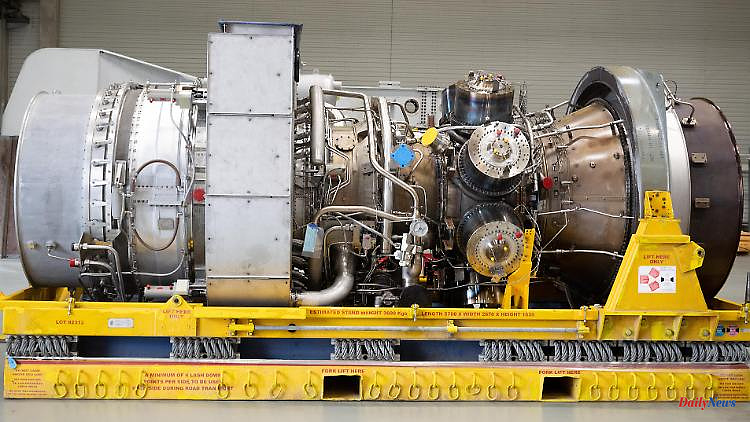 While the Chancellor describes the turbine in the gas pipeline, which has not yet been installed, as usable at any time, Moscow continues to insist on bureaucratic subtleties. Gazprom cannot do anything without them. There are also problems with another machine.

Russia has again denied any blame for the still uninstalled turbine in the Nord Stream 1 gas pipeline. The turbine is now in Germany, but the Russian state-owned company Gazprom, as the owner, still lacks the necessary papers, Kremlin spokesman Dmitry Peskov said today, according to the Interfax news agency.

Peskow also warned against sanctioning the turbine and possibly switching it off remotely in the end. Another machine is having problems, but technicians from a Siemens subsidiary "are in no hurry to fix it," the Kremlin spokesman said. Russia always speaks only of Siemens, but what is meant is the company Siemens Energy.

Since June, Russia has significantly reduced gas supplies via Nord Stream 1. The energy company Gazprom justifies this with missing turbines. They are important in order to build up the pressure required to pump the gas through. Gazprom repeatedly accused its contractual partner Siemens Energy of not having sent the necessary documents and information to repair the machine. Siemens Energy rejected the allegations.

Today, Wednesday, Federal Chancellor Olaf Scholz visited the energy technology group Siemens Energy in Mülheim an der Ruhr, where the turbine is temporarily stored on its way from Canada to Russia. It can be used at any time, said the SPD politician and indirectly accused Russia of using excuses for the lack of gas deliveries: "The turbine is there, it can be delivered, someone just has to say I want it, then it's there there very quickly." Nothing will then stand in the way of gas transport through Nord Stream 1. According to Economics Minister Robert Habeck, the unit has been in Germany since July 18. 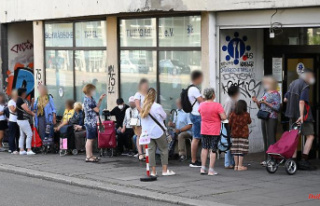 Many single parents at risk: Around 13 million citizens...