"Bombed 24/7": Governor: Probably have to back down in Sievjerodonetsk

The city of Sievjerodonetsk in eastern Ukraine is still heavily contested. 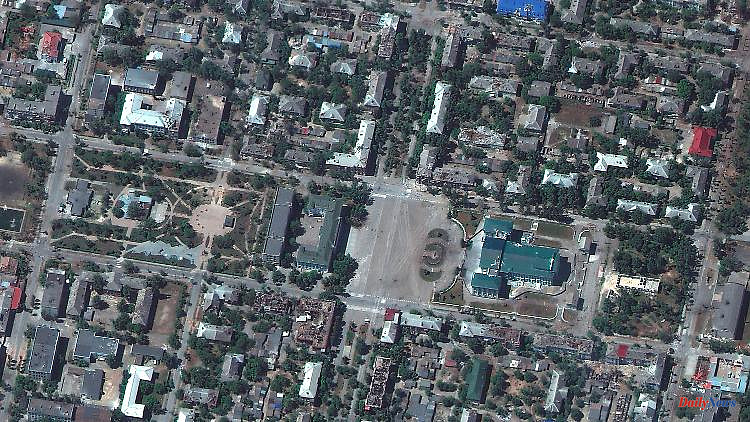 The city of Sievjerodonetsk in eastern Ukraine is still heavily contested. After the Ukrainian side reported successes at the weekend, the governor of the region is now talking about a possible withdrawal - massive attacks are expected.

According to a regional governor, Ukrainian forces may have to withdraw from the fiercely contested city of Sieverodonetsk in eastern Ukraine. The strategically important city is being "bombed around the clock," said the governor of the Luhansk region, Serhiy Hajdaj, on the "1 1" station. "It is possible that we will have to retreat to better fortified positions." But the city will not be abandoned. On Sunday it was said that the Ukrainian army had regained control of half of Sievjerodonetsk after a counter-offensive.

The exact situation in the embattled city was recently unclear. Russian Defense Minister Sergey Shoigu said the Russian armed forces had full control of the city's residential areas. Hajdaj denied this on Tuesday, but called the city's defense a "mission impossible."

It is to be expected that Russia will intensify the bombing of Sievjerodonetsk and the twin city of Lysychansk, Hajdaj now said. Presumably, Russia will launch a massive offensive on which it is concentrating all its efforts. Everything else is stopped for this. The neighboring city of Lyssychansk is already being shelled. On Tuesday, a local was killed on a street in the center, Hajdaj said. A woman was injured and taken to the hospital.

Sievjerodonetsk and Lysychansk are the last two major cities in the Luhansk region in eastern Ukraine that have not yet been conquered. Together with the Donetsk region, this forms the Donbass. The Russian military has been concentrating its offensive there for weeks. A capture of Sieverodonetsk and Lysychansk would allow Russia to advance towards the major city of Kramatorsk in the Donetsk region. Moscow would thus come a decisive step closer to its goal of completely conquering the Donbass.

Ukrainian President Volodymyr Zelenskyy reiterated on Tuesday evening that "the situation at the front has not changed significantly in the last 24 hours" and that "the absolutely heroic defense of Donbass continues". He said more than 31,000 Russian soldiers had been killed since the war began in late February. This is almost 300 deaths a day. "However, the day will come when even for Russia the number of casualties will become unacceptable," he predicted. An independent confirmation of the dead on both sides is not possible. 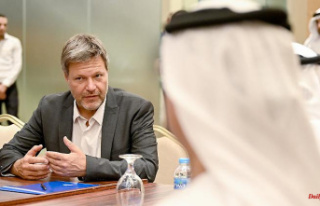