Around three months have passed since the Chancellor announced that Germany would be armed with several billions. 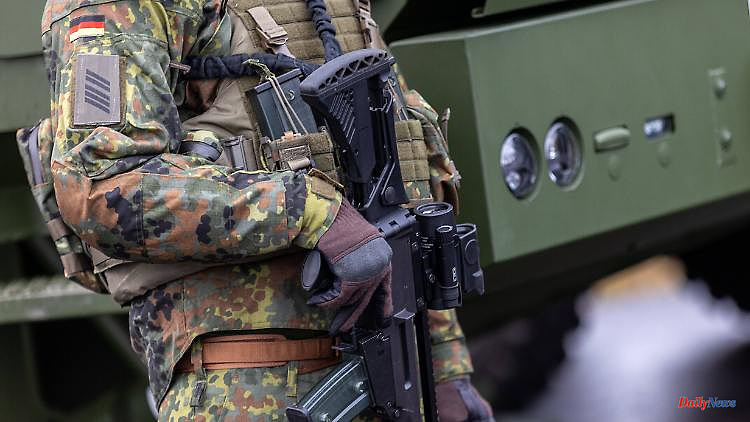 Around three months have passed since the Chancellor announced that Germany would be armed with several billions. The Union welcomes the plans, but only wants to agree to the necessary amendment to the Basic Law under certain conditions. After a breakthrough in negotiations, the way is now clear for the enormous arms spending.

The Union and the coalition have agreed on the legal basis for the planned special fund of 100 billion euros for the Bundeswehr. In principle, this gives the green light for weapon orders from the armaments industry on a large scale. "An initiative to accelerate procurement will be launched immediately and before the parliamentary summer break," said representatives of the SPD, Greens, FDP, CDU and CSU in a joint statement on Sunday evening after more than three hours of negotiations. The negotiators refrained from a previously expected appearance in front of journalists.

In reaction to Russia's invasion of Ukraine, Federal Chancellor Olaf Scholz announced a massive rearmament in the Bundestag on February 27: The budget would be provided with a one-off special fund of 100 billion euros for investments in armaments projects; More than two percent of gross domestic product is invested in defense every year. Because the special fund is to be anchored in the Basic Law, a two-thirds majority is required in the Bundestag and Bundesrat. The coalition is therefore dependent on votes from the opposition.

In their statement distributed by the Ministry of Finance, the politicians said: "Together we will ensure that the Bundeswehr will be strengthened with additional investments of 100 billion euros in the coming years." The so-called two-percent target of NATO will be achieved "on average over several years".

SPD leader Saskia Esken had already announced in the "Frankfurter Allgemeine Sunday newspaper": "We will not reach the two percent target equally every year." If you order large equipment today, you won't get it for three or four years. "The amounts may not be as high in the first two years, and then there comes a year when a lot becomes necessary."

The use of the money was probably the main point of contention until the end. The Union wanted to make it clear that the special fund will only be used for the Bundeswehr. An initially planned formulation - "to strengthen alliance and defense capability" - was too unspecific for her. The Greens in particular wanted the money to be used to finance cyber defense and support for partner countries. It is now not the special fund that is to be used for this, but the federal budget. The government will present a strategy to strengthen security in the cyber and information space. "Necessary measures for cyber security, civil protection and to strengthen and stabilize partners will be financed from the federal budget," said the negotiators around Finance Minister Christian Lindner.

With the planned law for the establishment of the special fund, an economic plan with the specific procurement projects should also be decided, the Union and the coalition further agreed. "Its realization will be accompanied by an advisory body of the Budget Committee of the German Bundestag."

The agreement provides for the following for the future: "After the special fund has been used, the necessary funds to achieve the then valid NATO capability goals will continue to be made available." After the claim, the repayment begins "within a reasonable period of time".

During a conversation with citizens in his Potsdam constituency on Sunday, Scholz said that the special fund was needed for a strong Bundeswehr. "It is necessary so that nobody dares to attack us or our allies," he said. "Of course, if you've broken a contract, you'll often get the idea," said Scholz, referring to the Russian war of aggression in Ukraine.

In the run-up, the government factions had said that compliance with the two percent target should probably not be anchored in the Basic Law, as the Union had initially proposed. This point remained open in the result paper. Problem: The gross domestic product (GDP) is not yet known when the budget is set - so you do not know at this point whether the target will ultimately be met with the budget plans or not. The Federal Statistical Office reports the result of calculations on GDP around 15 days after the end of a year. Negotiations under time pressure:

The defense policy spokesman for the FDP parliamentary group, Alexander Müller, had told the dpa: "The special fund must be included in the Basic Law before the summer break, otherwise we will lose a lot of time." Before the industry hires new staff and orders materials and preliminary products, they want to be sure that the funds are also legally secured. "The necessary ships, vehicles and protective vests are not in the shop window, but have to be produced again." In his answer to the question of when an agreement must be reached, SPD parliamentary group leader Rolf Mützenich referred to the planned adoption of the budget this week. "It makes sense to also decide on the special fund," he told the "Passauer Neue Presse". 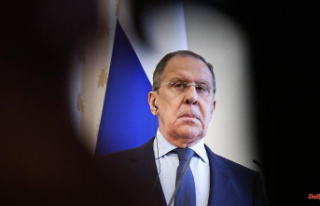