In his campaign against Ukraine, Russian President Putin cannot count on China's support. 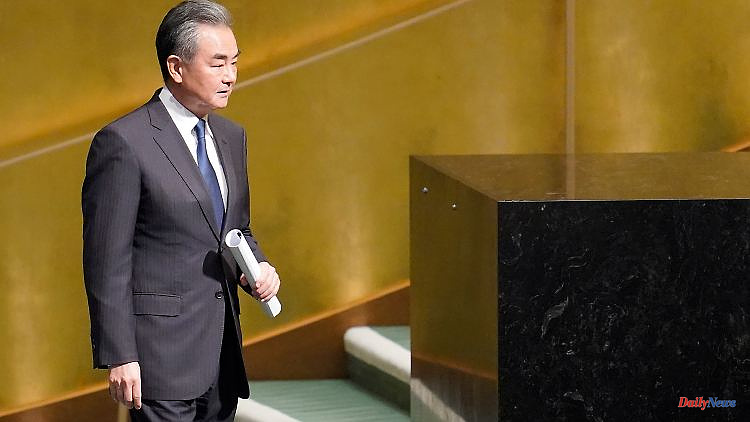 In his campaign against Ukraine, Russian President Putin cannot count on China's support. After the partial mobilization, the Foreign Minister of the People's Republic calls for a quick negotiated solution. Beijing has made it clear that it has no interest in escalating the conflict.

China has called on Russia and Ukraine to contain the war. "We call on all parties concerned to prevent the crisis from spreading and to protect the legitimate rights and interests of developing countries," Chinese Foreign Minister Wang Yi said at the UN general debate in New York. Wang called on the two countries to engage in diplomatic efforts. "Fair and pragmatic" peace talks are necessary, said the Chinese minister. The "legitimate security concerns of all parties" must be taken into account.

Beijing has never condemned the Russian invasion of Ukraine, instead criticizing Western sanctions against Moscow and arms sales to Kyiv. Recently, Russian President Vladimir Putin thanked the Chinese government for its "balanced position" in the Ukraine war. So far, however, the People's Republic has also avoided showing clear solidarity with Russia - also in order not to endanger its own trade relations with the West.

Wang also warned against interference in the Taiwan issue at the UN general debate. "We must vigorously combat separatist activities related to Taiwan's independence and take the most vigorous steps to resist outside interference," Wang said. Beijing sees Taiwan as a breakaway province that should be reunited with the mainland - if necessary with military force. While the US has recognized leadership in Beijing as China's sole government since 1979, it also supports Taiwan. US President Joe Biden has repeatedly pledged military support to Taiwan in the event of an attack.

1 Response to US aircraft carrier: North Korea fires... 2 "Nobody will find out about the circumstances":... 3 Price explosion, lack of material: "Building... 4 Author Hagelüken in an interview: "This is a... 5 "Arnie" opens startup fair: Schwarzenegger:... 6 Major construction site Volkswagen: Team players should... 7 Worried about blackouts: are there more power outages... 8 Price brake instead of price increase: Lindner doubts... 9 "The Green Decade": We need 1000 times Biontech 10 Difficult times in the stock market: How to take advantage... 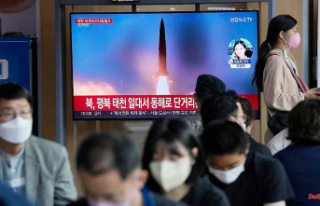