Ukraine and Russia trade dead bodies again - this time "50 for 50". 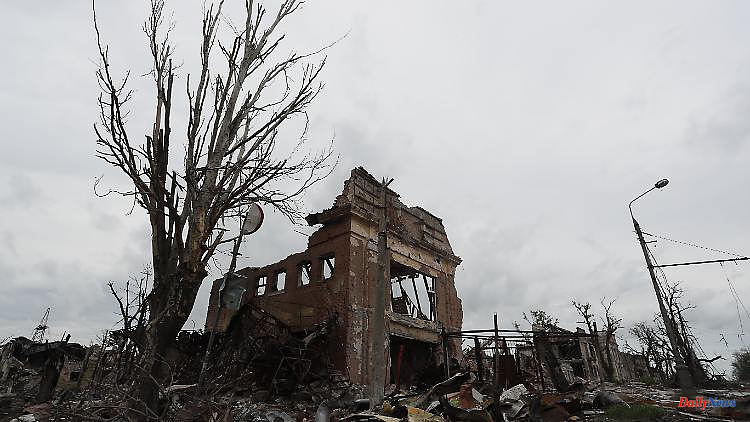 Ukraine and Russia trade dead bodies again - this time "50 for 50". Among the corpses that Kyiv receives are some of the "defenders of Azovstal," who fought in a steel mill for months against the Russians taking Mariupol.

Ukraine has announced another exchange of dead bodies with Russia. The Ukrainian Ministry of Reintegration announced that 50 "heroes" had been returned by Russia. Among the 50 people killed, 37 were "heroes" who took part in the battle for the Azovstal steelworks in Ukraine.

According to this information, the exchange of the dead took place in the region of Zaporizhia in southern Ukraine. The rule "50 against 50" applied. An exchange of soldiers had already been announced last week. On this occasion, 160 soldiers from both sides were handed over. The Association of Families of Azovstal Defenders announced on Tuesday that the bodies had arrived in Kyiv.

A third of the dead were "defenders of Azovstal," the association said on Telegram. The relatives were now waiting to be summoned for identification. The last Ukrainian defenders of the Azovstal Steel Works surrendered to Russian troops between May 16 and 20 after three months of intense fighting.

There are currently almost 2,500 Ukrainians in Russian captivity. Russia wants to court-martial them. More than 1,000 of the Ukrainian prisoners of war from the captured steel plant in Mariupol have now been taken to Russia. The Russian law enforcement authorities are currently dealing with them, the Russian state agency TASS reported, citing security circles. Among them could be more than 100 foreign "mercenaries". More captured Ukrainian soldiers would soon be transported from the south-eastern Ukrainian port to Russia.

Russia claims that there are particularly many neo-Nazis among the soldiers - Moscow repeatedly uses the Azov regiment, which was founded and dominated by right-wing extremists and provided many fighters in Mariupol, as justification for its war of aggression. The regiment is part of the Ukrainian National Guard - not the army. In addition, international experts regard the claim that the entire Ukrainian armed forces are infiltrated by "neo-Nazis" as untenable.

1 reindeer. After being struck during an urban rodeo,... 2 Hesse: Rainy weather at the Frankfurt company run 3 High mountains. Caroline, of Married at First Sight,... 4 High mountains. Pride de Gap: Several associations... 5 She smeared herself with blood: a student reports... 6 Baden-Württemberg: truck overturns on A8: driver... 7 Severodonetsk in Ukraine is now "largely"... 8 Saxony: Siko: monkeypox vaccination only for special... 9 Saint-Etienne-de-Lugdares. Ardeche: End of rave party,... 10 United States. Texas Massacre: The cry of alarm from... 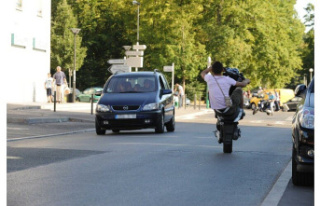 reindeer. After being struck during an urban rodeo,...