The "Razoni" is the first cargo ship that has been able to leave Ukraine for months. 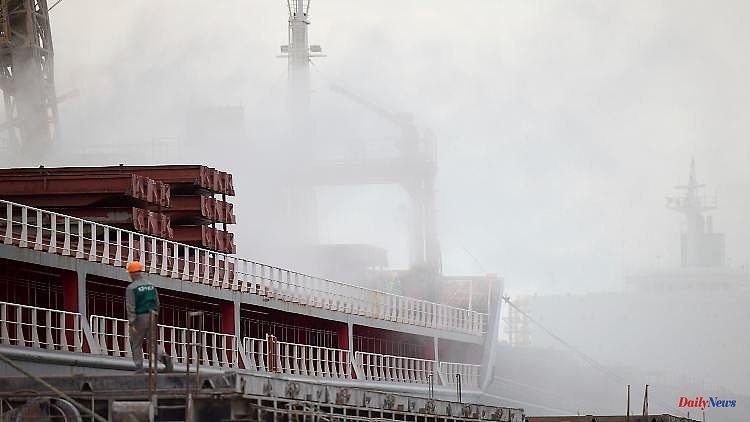 The "Razoni" is the first cargo ship that has been able to leave Ukraine for months. It loaded corn for Lebanon. The fact that it can leave Odessa is a result of the grain export agreement. A total of 25 million tons of grain are waiting to be exported.

According to Turkish information, the first ship in months with Ukrainian grain for the world market will leave the port of Odessa in the early morning. The Turkish Ministry of Defense announced that it had been agreed that the Sierra Leonean-flagged cargo ship "Razoni" with a cargo of corn would depart for Lebanon at 8:30 a.m. (7:30 a.m. CEST). Other deliveries are to follow.

On July 22, Ukraine and Russia agreed on a grain export agreement brokered by Turkey and the United Nations. In it, Ukraine and Russia undertake to respect safe corridors for cargo ships on the Black Sea and to refrain from military activities there.

The coordination center for grain exports provided for in the agreement was opened in Istanbul last Wednesday. There, representatives of Ukraine and Russia as well as Turkey and the United Nations will in future jointly monitor the safe passage of Ukrainian cargo ships on the defined routes. The ships are also to be inspected in Istanbul upon arrival and departure to prevent clandestine arms shipments.

Up to 25 million tons of grain have been blocked in the Ukrainian ports since the end of February because of the Russian war of aggression against Ukraine. Ukraine is one of the world's largest exporters of wheat and other grains. The export blockade hits poorer countries in particular, which are heavily dependent on imports from Russia and Ukraine.

The grain deal is the first agreement between the two countries since the Russian incursion began on February 24. It is intended to alleviate the global food crisis. Since the war began, food prices had skyrocketed in some of the world's poorest countries.

1 Post-Covid outbreaks: China's industrial recovery... 2 Intel hopes for EU billions: Magdeburg chip works... 3 Video referee upset the DFB team: Hegering's... 4 The DFB-Elf in the individual review: Furious Hendrich... 5 Start of the "Ring" in Bayreuth: "Rheingold"... 6 "It used to be hot too": Why weather memories... 7 Saxony-Anhalt: Intel is hoping for a groundbreaking... 8 This is how cities prepare for a gas shortage 9 Gas conflict with Russia: Always trouble with SGT-A65:... 10 Toxic substances, 9-euro ticket, Bafög up to 45 –... 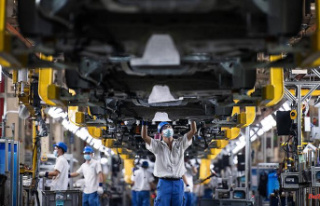