Gas levy will come from October: Habeck wants to "push free riders off the footboard"

The gas supplier Uniper is nationalized, but the gas levy is still there. 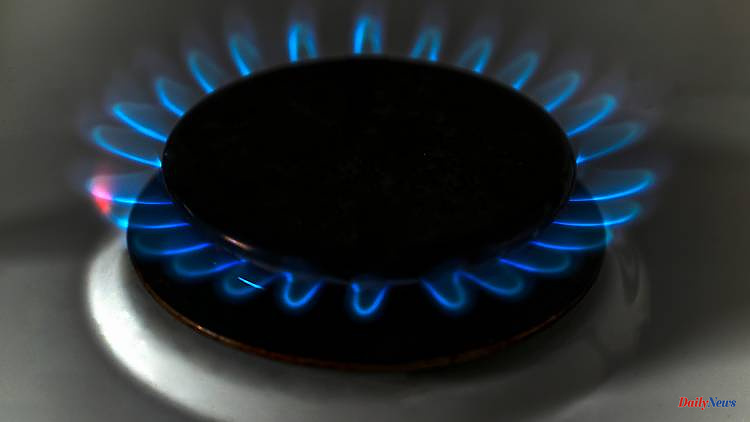 The gas supplier Uniper is nationalized, but the gas levy is still there. Federal Minister of Economics Habeck announces the introduction of the levy on October 1st. Nevertheless, it could disappear again within three months. Criticism of the levy comes from the SPD and Greens parliamentary groups.

Federal Minister of Economics Robert Habeck announced the expected full takeover of the gas supplier Uniper by the state and the introduction of the gas levy on October 1st. Both measures are necessary "to ensure security of supply for Germany". The departmental vote on the gas levy is now being prepared, said Habeck. "As announced, we have found a legally secure way to push the free riders off the running board." Habeck's first draft of the gas levy was sharply criticized because companies that are not in distress also wanted to collect the funds.

However, the question arises as to whether it would be constitutional to levy a gas surcharge that would flow into a state-owned company. "The gas levy is a bridge until this question has been finally clarified," said Habeck. In any case, it will take three months for the state entry into Uniper to take place. Until then, the gas levy is necessary "to ensure Uniper's financial position". The company, like other gas suppliers, must remain able to buy gas on the market. "The constitutional reviews are in full swing."

So far, it has been Federal Finance Minister Christian Lindner in particular who does not want to forego the levy in order to be able to comply with the debt brake in the coming year. The Greens politician Anton Hofreiter rejects both levy and nationalization, because that would mean "that we let the citizens pay twice. Once as taxpayers, once as gas customers. I think all of that is problematic," said Hofreiter in "ntv early start". Instead, Hofreiter proposes a different solution for financing: "One could also set up a special fund to deal with the energy crisis, because we also have a special fund for the Bundeswehr."

SPD faction deputy Matthias Miersch also expressed doubts about the gas levy. "The legal doubts about a gas surcharge are increasing enormously," he says. "Everything is interconnected, so that an overall concept has to be developed quickly." He also calls for speed on the question of what the energy price brake can look like. As an alternative to a "legally highly uncertain and one-sided" gas surcharge, excess profits in the electricity sector could be skimmed off, budget funds used and a "performance-related energy obligation" introduced.

Habeck said Uniper was responsible for 40 percent of Germany's gas supply and sourced 50 percent of its gas from Russia. Meanwhile, Russia has shut down its pipelines and the federal government and its allies are refusing to put the Nord Stream 2 pipeline into operation. Uniper's Finnish major shareholder Fortum is selling its stake in the Düsseldorf-based energy supplier for a fraction of its original investment. The state pays 480 million euros for Fortum's shares, said Habeck. "Fortum is also involved in this bailout through a huge loss of equity." Originally, the group had invested 8 billion euros, which are now largely gone.

The federal government, Uniper and Fortum had agreed on the extensive nationalization of Uniper. A capital increase of EUR 8 billion is also planned. The federal government will then own around 98.5 percent of the shares in Uniper. Fortum currently holds almost 78 percent of Uniper. Fortum itself is almost 51 percent owned by the Finnish state. Furthermore, the federal government wants to replace the credit line from Fortum. This consists of a shareholder loan of four billion euros and a so-called guarantee line of four billion euros. The funds needed for the nationalization should come from the state-owned KfW bank, as Habeck said.

The Verdi union welcomed the announced nationalization of the gas importer Uniper. "The takeover by the federal government is necessary to ensure security of supply and it is in the interests of the employees," says federal board member Christoph Schmitz. An insolvency of Uniper, on the other hand, would be an incalculable risk for the gas market. Uniper, with its around 5,000 employees in Germany, needs permanent support, stresses Uniper Group Works Council Chairman Harald Seegatz. 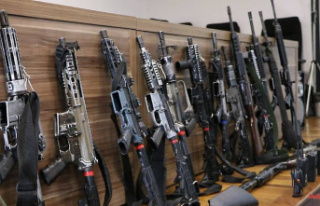 Better equipped than the police: Arms boom in Brazil...