Keir Starmer does not want to bring Britain back into the EU, even if his Labor Party returns to the UK government in the future. 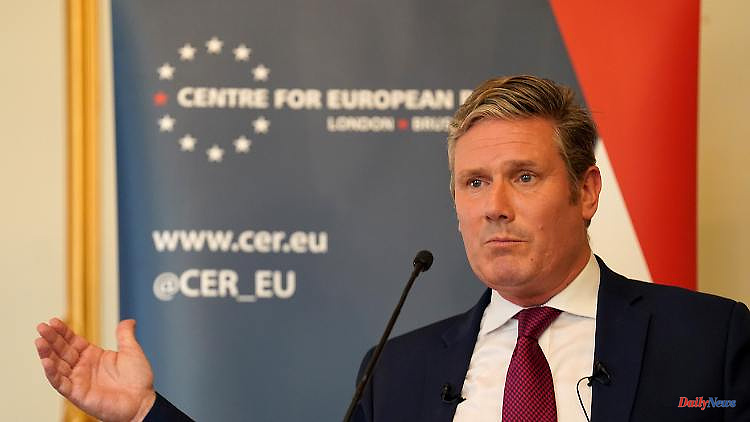 Keir Starmer does not want to bring Britain back into the EU, even if his Labor Party returns to the UK government in the future. Starmer was a vehement advocate of a second referendum to reverse Brexit.

The British opposition leader Keir Starmer does not want to bring his country back into the European Union. That's what the Labor leader said in various interviews with British media ahead of a keynote address on Britain's future relationship with the EU. "We left the EU and we're not looking back, we're looking forward and it's not about going back to the EU, the single market, the customs union or reintroducing the free movement of people," Starmer told ITV.

Starmer, who a few years ago vehemently advocated a second referendum and a move away from Brexit, wanted to present a five-point plan on Monday evening that he believes could put relations with the EU on a new footing. It is about ending the dispute with the EU over the Northern Ireland Protocol, reducing trade barriers through an agreement on standards for animal products, creating market access for British services, promoting cooperation on security and investing in a climate-friendly economy.

With the proposals, Starmer wants to boost the troubled British economy again. He accused British Prime Minister Boris Johnson of using Brexit to divide the country and thereby forfeiting trust at international level. A renewed debate about Brexit would only further divide the country and "distract it" from the actual problems, Starmer said in justification. "You cannot move the country forward or grow or bring about change or regain the confidence of those who have lost confidence in politics by constantly focusing on the arguments of the past," said the Labor leader.

1 Veran confirms that Elisabeth Borne won't seek... 2 21 women, including 9 Secretaries-of-State... A new... 3 Italy declares emergency in five regions hit by drought 4 Protests in Ohio following police video showing a... 5 Round table on Qatar: At FC Bayern, they discussed... 6 Montelimar. Two women were arrested after shoplifting... 7 Aosta. Isere: The body of a burned woman at the base... 8 Middle East. Death of Shireen Abu Ashleh: According... 9 Pret sales rise as it focuses more on suburbs and... 10 Mum of murder victim told council about her fears 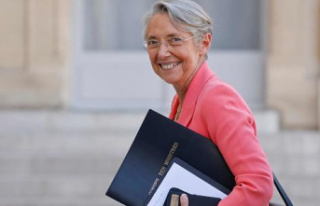