The United States is making ever-increasing sacrifices for the fundamental right to own guns. 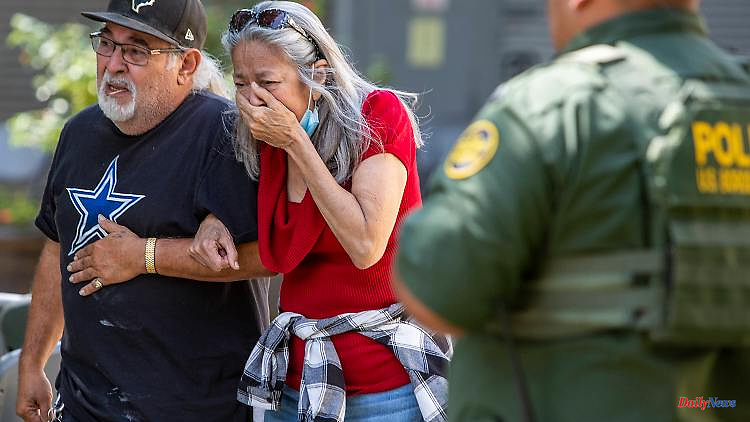 The United States is making ever-increasing sacrifices for the fundamental right to own guns. The death of 19 children in Texas was just one of 77 incidents of gun violence in US schools in 2022. The number of victims has doubled in two years, but the gun lobby doesn't seem to be stopping.

"It's like having a piece of your soul ripped from you," is how Joe Biden feels about losing a child. The US President has two scars on his soul - he lost his daughter and wife in a car accident when he was young. In 2015 he buried his adult son after cancer.

So when Biden says he's fed up with this slaughter and "We must act," one can assume conviction and serious will behind it. But it is to be expected that the presidential will and the state of shock in which the USA finds itself after the murder of 19 Texas elementary school children and two teachers will not be enough to break the power of guns in the country.

Because the NRA, the National Rifle Association, as a powerful lobby group for gun manufacturers, has only a minority of the population behind it when it insists on the far-reaching basic US right to purchase and own firearms, but one with a lot of influence, especially on the party the republican.

Nearly 400 million firearms are in circulation among civilians in the United States. Violent incidents are more likely to ensure that even more pistols and rifles are bought in the - scientifically disproved - assumption that their own weapons could offer protection against violence. The opposite is true: more guns lead to more gun violence.

But even after the protests against police violence by the Black Lives Matter movement, the sales figures of arms dealers went up noticeably, and some US states continued to relax their gun laws. In the state of Texas, for example, which is now mourning the death of its 19 innocent children, it is now legal to carry firearms openly.

What relaxed gun laws lead to is statistically clearly proven. The annual number of mass shootings - with at least four injured or killed - almost doubled between 2018 and 2020. The Gun Violence Archive counted 336 "mass shootings" in 2018, two years later it was 611. For 2021, the number was significantly higher in autumn. The FBI's statistics for killing sprees put it at 61 last year.

More shootings claim more lives: Up until 2020, the annual death toll from firearms was always below 16,000, then skyrocketed to 19,400 and nearly 21,000 in 2021. And perhaps the worst number, the deadly massacre in Texas is one of 77 incidents of gun use in US schools so far this year. 77 times not only injured or even dead, but always also the many uncounted disturbed children who experience and have to learn that school in the USA is not a place of happy togetherness and carefree childhood, but a place of fear and danger.

In response to such massacres, Republican politicians are relentlessly demanding that American school security be increased, even to the point of openly arming teaching staff so that, after being instructed in the correct use of a firearm, they can use it to protect children.

The serious proposals give an idea of ​​how irreconcilable the differences are between American gun lovers and those who want to control gun ownership more closely. A compromise seems impossible and with it a necessary congressional majority in Washington for any kind of restriction on gun ownership.

1 A load of sand for Poldi: "Thomalla has one on... 2 Bayern: EHC Red Bull in Champions League again against... 3 Bavaria: Heavy traffic at the start of the Ascension... 4 Hessen: undeclared work and tax fraud: trial against... 5 Hesse: Seven years in prison after attacking police... 6 Observation of the party as a whole: AfD files an... 7 Business partner throws: Fynn Kliemann now wants to... 8 Thuringia: "Christival" organizer: longing... 9 Man shot dead in car: traffic light shooter has to... 10 North Rhine-Westphalia: Accident with cranes: More... 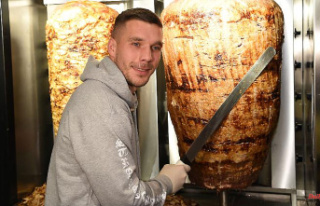 A load of sand for Poldi: "Thomalla has one on...