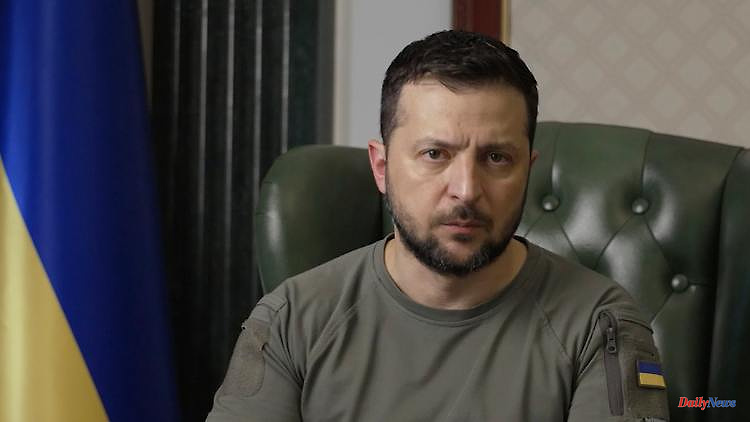 The Ukrainian President Selenskyj dismisses a longtime companion and apparently reorganizes the security authorities. In addition to secret service chief Bakanov, Prosecutor General Venediktova must also go. The reasons for this have not yet been given.

Ukrainian President Volodymyr Zelenskyy has fired two key figures in his security services. In a decree he dismissed the head of the SBU secret service, Ivan Bakanov. According to the decrees published by the Presidential Office in Kyiv, Prosecutor General Iryna Venediktova was also dismissed from her post.

Venediktova's position is to be taken over by Oleksiy Simonenko. Reasons for the personnel decisions were not given in the short documents. A successor for the post of secret service chief was not initially named. The 47-year-old Bakanov is a close companion of Zelenskyj from his days as a television comedian, he has headed the secret service since 2019. Zelenskyj has made almost no personnel changes since the start of the Russian attack on Ukraine at the end of February.

Meanwhile, the Ukrainian President is demanding strict compliance with sanctions against Russia from Canadian Prime Minister Justin Trudeau in the dispute over a turbine for Gazprom. Selenskyj announced this on Twitter. He did not comment on the background to this admonition to a country that is one of Ukraine's strongest supporters. Ukraine had recently criticized Canada for the decision to allow the delivery of a serviced Russian turbine for the Baltic Sea pipeline Nord Stream 1 at the request of Germany.

Because of the sanctions imposed as a result of the Ukraine war, Canada initially refused to return the turbine to Russia - but then decided to hand the unit over to Germany instead. The Russian energy company Gazprom had significantly reduced gas deliveries through the Nord Stream 1 pipeline to Germany since June, citing the lack of a turbine as the reason.

Zelenskyy said that the international position on sanctions must be principled. "After the terrorist attacks on Vinnytsia, Mykolayiv, Chasiv Yar and others, the pressure must be increased, not decreased," he wrote. The President was referring to Russian rocket attacks in Ukrainian cities far from the front lines that have killed dozens, including children. Trudeau had said that in view of the impending energy shortages, his country had to support Germany and other European allies.

Since last Monday, Nord Stream 1 has not supplied any gas at all due to maintenance work. The work is scheduled to last until July 21. Several Western politicians have expressed skepticism as to whether Gazprom will supply gas again afterwards.

1 Plane crash in Greece: Seven bodies recovered from... 2 Anger at collaborators: Selenskyj justifies the dismissal... 3 The Netherlands also continue at the European Championship:... 4 World Cup bronze missed: German hockey women finally... 5 Hesse: accessibility of emergency call: topic in the... 6 Baden-Württemberg: Households in crises: Court of... 7 Anne Will on the gas crisis: Spahn and Lang ignore... 8 Dead and injured in Indiana: Man shoots around in... 9 Baden-Württemberg: Steering committee advises on... 10 Hesse: Study on the work of a house of youth rights... 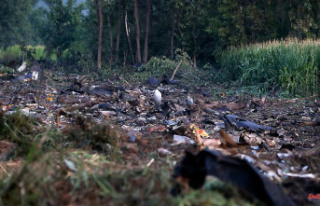