On the night of Sunday there were several explosions in Belgorod, Russia. 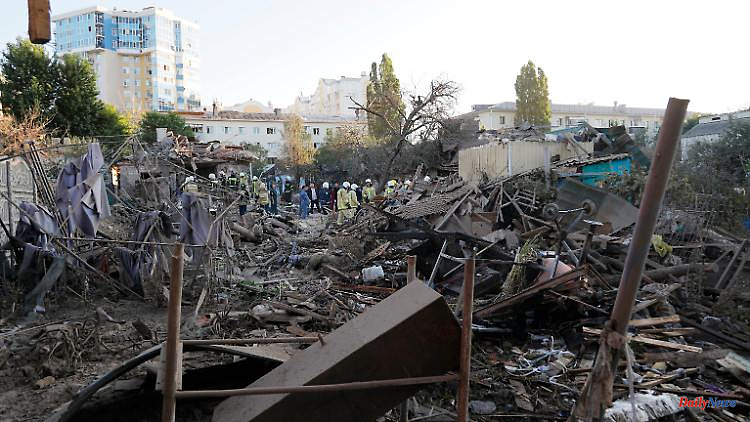 On the night of Sunday there were several explosions in Belgorod, Russia. The Kremlin has accused Kyiv of launching rocket attacks into the city. Five people are killed. As it now turns out, the victims are a Ukrainian family who had fled the war.

A family of five refugees from Ukraine was killed in explosions in the Russian city of Belgorod near the Ukrainian border on Sunday night. The Kremlin accused Kyiv of launching rocket attacks into the city. The Ukrainian government has not yet commented on the allegations.

On the night of July 3, a series of explosions occurred in the center of Belgorod. The city administration had initially spoken of four dead and several injured, later the number of fatalities rose to five. According to the Russian Defense Ministry, Ukrainian troops have fired at residential areas with Tochka-U ballistic missiles. The air defense forces shot down all three rockets, but part of the rocket fell on a residential area. Dozens of residential buildings were damaged and five family houses were destroyed in the city, which is less than 50 kilometers from the Ukrainian border. One of them was the house where the refugee family died.

In an interview with the Russian exile media outlet Meduza, a relative of the victims said her stepfather and four other family members had been killed. The man moved to Russia from Ukraine a few years ago and received Russian citizenship a year ago, the woman said. After the war began, he brought his ex-wife, her mother and their two children from the Kharkiv region to Belgorod. They were housed in an outbuilding attached to the house, the woman explained.

The extension was completely destroyed by the explosions on Sunday night. The two women and two children who were inside were killed. The stepfather, who lived in the main building, ran into the yard after the first sounds of the explosion to see how his family was doing and was fatally wounded there by shrapnel, his stepdaughter "Meduza" said.

After the shelling of Belgorod, the head of the city's Orthodox Church, Metropolitan Ioann, called for an end to the bloodshed in Russia, but also in Ukraine. "Tonight rockets fired by the Ukrainian armed forces hit residents of Belgorod. Among the dead were residents of the Kharkiv region who fled to peaceful Belgorod from the war," Ioann said, according to a statement published on the Belgorod diocese's website. "We call for prayer for the rest of the deceased and for the recovery of the injured, for an end to the bloodshed that is taking place on Ukrainian soil but has also come to our homes today," the statement said.

The statement by the Belgorod cleric contrasts with the Russian Orthodox Church's stance on the Ukraine war. This publicly supports the attack on the neighboring country. Patriarch Kirill, the head of the church, has repeatedly claimed that Moscow has not attacked anyone and blamed the West for the conflict.

According to Moscow, the Ukrainian armed forces have repeatedly attacked Belgorod Oblast since the beginning of the war. The first explosions were already reported at the end of March. On April 1, an oil depot exploded - the Ukrainian Ministry of Defense had neither confirmed nor denied the involvement of its own military at the time. In mid-May, Russia claimed a man had been killed by shelling. 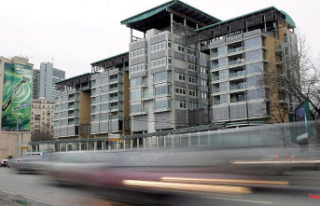 Shortly after the conquest: Moscow provoked with "Luhansk...