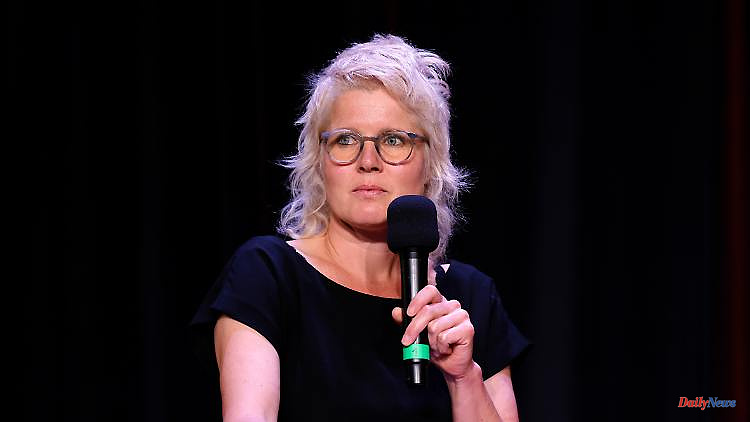 Scientists and intellectuals recently published another open letter. In it they demand that peace negotiations between Russia and Ukraine should be started as soon as possible. One of the authors is now a guest at "Markus Lanz".

Over the past week, several scientists, journalists and intellectuals have once again expressed their concern about the prolongation of the bloodshed in Ukraine. In an open letter they again called for immediate peace negotiations. It was said that Ukraine could no longer win the war. One of the signatories is the philosopher Svenja Flaßpöhler. She had the difficult task of asserting herself on ZDF's "Markus Lanz" against the very calmly discussing CDU defense expert Roderich Kiesewetter. The moderator is not always a great help. On the contrary, he sometimes lets a little enthusiasm for the war come up, for example when he enthuses: "We even recaptured Snake Island."

There was only one real argument when moderator Markus Lanz confronted the two guests with a tweet from Kiesewetter from the previous week. This Flasspöhler and the co-signers had accused "intellectual incompetence". It was unnecessary to quote this comment again, Flasspöhler rebukes Lanz. That's the way it is here, he replies.

In the discussion, Kiesewetter spoke out in favor of further arms deliveries to Ukraine. "What matters is what Ukraine needs," he says. The aim of the war must be for the Russian army to withdraw to its pre-war positions. In view of the fact that Russia has now occupied more than a fifth of Ukraine, this may not be an easy task. That's doable, says Kiesewetter. In addition, the arms deliveries from the West should not be so slow. Chancellor Olaf Scholz in particular bears a certain share of the blame: "It is not discussed in the security committee, it is not even on the agenda."

Nevertheless, he takes the open letter from Flasspöhler and her comrades-in-arms very seriously. "I'm missing only two perspectives. One is the question of how things will continue after the ceasefire with Ukraine. In addition, the Russian war goals are not taken into account. Putin said last July that Ukraine had no right to exist and made it clear before the start of the war that the next destination is Moldova." The Russian President has not abandoned these goals. If a ceasefire were agreed now, the Russian side would be happy, the army would recover, and we would make land grabbing a legitimate thing.

Of course it's true that Ukraine needs weapons if it wants to fight, says Flasspöhler. "But as someone who supplies weapons, you have to take moral responsibility for what happens or can happen with these weapons." Those who supply the weapons would have to explain exactly what is to be achieved with them, they would have to name their war aims. "There are very serious voices from military experts who say Ukraine cannot win this war - even if you want to." One could not come up against the Russian superiority. "It's nice to wish, but you also have to see the reality," said Flaßpöhler. Where do those supplying arms to Ukraine get the certainty of victory?

Yes, there remains a doubt, says Kiesewetter. "But what if we didn't do anything?" The defense expert demands that Ukraine must be put in the best possible negotiating position. "But the negotiating position is getting worse and worse with every Russian success," says Flasspöhler. Of course, Kiesewetter admits, "Because we don't deliver."

The West must pursue a "de-escalation strategy," Flasspöhler demands, especially in view of the global consequences of war, such as famine or conflicts in several Asian countries. "These are consequences of war for which we, who supply the weapons, have to share responsibility." It is correct that the Russian President is responsible for the war. "But it's now about limiting the damage," says Flasspöhler. In the end she seems a little desperate when she calls for concerted action by the western camp for peace negotiations. And then she says, looking at Lanz and Kiesewetter: "But as long as you keep fueling the war, that won't happen." 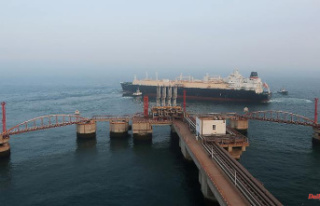 Problems with capacities: Shipowners have doubts about...