According to reports from Ukraine, Zelenskyy is now launching an offensive to regain areas in the south while the Donbass is suffering from Russian continuous fire. 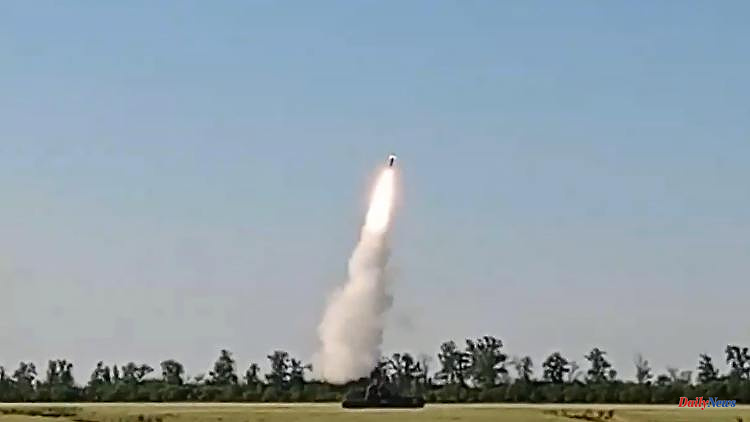 According to reports from Ukraine, Zelenskyy is now launching an offensive to regain areas in the south while the Donbass is suffering from Russian continuous fire. Strategically, that can be good, but military expert Wolfgang Richter doubts the chance of turning the tide even with Western weapons.

ntv.de: Does a counter-offensive by Ukrainian troops in the south of the country have a chance of success?

Wolfgang Richter: The Ukraine has sufficient personnel available for such an offensive, but is materially more and more dependent on supplies from the West. The original Soviet equipment of the Ukrainian troops has suffered greatly, they have suffered heavy losses, and domestic production has also been partially damaged, so that it can no longer fill the gaps that have arisen. All hopes of a major offensive depend on Western arms supplies, particularly from the US.

I think that's very exaggerated. Strategically, Putin's active land forces are completely overstretched, otherwise the army wouldn't have to resort to reservists now. We are now hearing about such considerations from Russia, also from reserve brigades and the plan to switch at least parts of industry to war production.

What exactly does "strategically overstretched" mean?

The Russians have about 60 percent of their active land forces engaged in this war, but they cannot completely expose Russia's long borders. There are also other strategically important positions to hold, from Murmansk to Central Asia, from the Caucasus to Vladivostok and the Kuril Islands.

It sounds as if the Russian army is also under serious pressure. Maybe not a bad time for an offensive?

Of course, when the time comes, the Ukrainians can say that we now have enough material and personnel at our disposal and are launching a major offensive. The Russian troops are occupying the southern strip of Ukraine between Mariupol and the Crimea, i.e. the entire coast on the Sea of ​​Azov, and on the other side to the west another coastal strip that includes the area around Cherson. The front line is currently running between Cherson and Mykolayiv, and we will probably see some tactical changes there: local successes and failures will be recorded, a piece of land will be taken here and a piece of land given up there. But the big operational picture will probably not change as a result.

Because the Russians are also adding?

If Moscow mobilizes, calls up reservists - they have millions of them - and converts parts of the industry to war production, then the Russians will ultimately be able to generate more forces than the Ukrainians. There are already first signs of this. Therefore, we should not delude ourselves that Ukraine will win escalation dominance.

Do you also consider the hope that a major offensive would at least temporarily give Ukraine a military advantage that could significantly improve its position for possible negotiations to be illusory?

It is certainly possible that such an offensive can develop an initial momentum, also achieve tactical successes and thus possibly temporarily improve Ukraine's negotiating position. But my view on this is rather skeptical, precisely because I fear that the Russians will have more resources in the long term. In terms of material in particular, Russia will be able to push more than the West can deliver.

After all, the Ukrainian troops have already been able to use the HIMARS system from the USA to destroy weapons depots and fuel depots in a very targeted manner. How much is this rated?

There have been successes because HIMARS can simply keep shooting, and that also applies to our MARS, which are very similar systems. In the end we are talking about 10 to 15 systems with this higher range. They only match the Russian long-range systems, but do not compensate for their numerical superiority. This results in an improvement, but not yet a decisive advantage, but at best a stalemate situation.

You just mentioned material that the Russians can still push in now. But that would be older, inferior material, right?

That would of course be older equipment, but at some point on the battlefield the higher number will make an impact and not just the better quality of individual weapon systems, as experience teaches us. That's why I'm afraid that the conflict will degenerate into a material battle that will no longer cause major operational changes, but only produce losses.

But could it still make sense for Ukraine to now concentrate on the south rather than fighting a losing battle in Donbass, where the Russians have such good conditions for their tactics? So would you rather give up parts of the Donbass than access to the Black Sea?

I think this calculation is possible from the Ukrainian side. In the Donbass, the Russians have focused on what they are good at: concentrating a great deal of artillery in narrow spaces in order to achieve breakthroughs there through local fire superiority. In this they are successful. If Ukraine sees that it cannot withstand this superiority and the Donbass has to be given up at least in parts, then the consideration could be to win something back, at least in the south, around Odessa, in order to have a better negotiating position. For me, the approach would be more effective than the plan to change the main location and recapture every meter. I think that's illusory.

1 "Putin does what he wants": FDP puts pressure... 2 CSU wants heat action plan: Left calls for public... 3 Keir Starmer continues to search for a vision 4 Optimize or switch?: What you should do now if you... 5 All summer long: Heathrow Airport introduces passenger... 6 Social media: Students question TikTok & Meta... 7 Mood among Germans in the basement: Concern about... 8 Horror inflation among the British: supermarkets provide... 9 Heatstroke and heat exhaustion are two things to watch... 10 Euro falling: "The consumer is the fool" 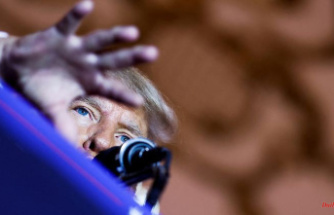 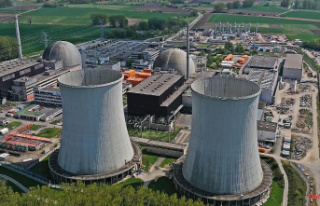 "Putin does what he wants": FDP puts pressure...