Party financing of the HDP: Next court decision that will help Erdogan

Turkish President Erdogan wants to seize power in his country for the last time this year. 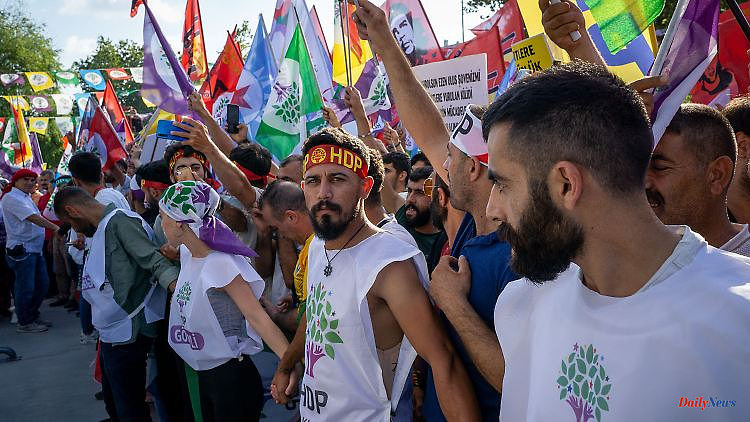 Turkish President Erdogan wants to seize power in his country for the last time this year. If he wins the June elections, he could rule for a quarter of a century. Within a short time, several court decisions against the competition played into his hands.

Less than six months before the presidential and parliamentary elections in Turkey, the Turkish constitutional court in Ankara has initially excluded the pro-Kurdish party HDP from state party funding on charges of "connections to terrorism". The court's decision aims to prevent fair and democratic elections, the HDP explained.

Proceedings to ban the party on allegations of "terrorist activities" are currently under way. A decision could be made next Tuesday.

If the left-wing HDP were banned, Erdogan would have killed an important political opponent in good time before the presidential and parliamentary elections in June. According to his announcements, it is the last major election in which Erdogan wants to compete. However, the conservative president is currently under immense pressure domestically, particularly because of the economic crisis and the extremely high inflation rate. As currently the third strongest force, the HDP could play a central role in forming a government after the election.

On December 14, an Istanbul court had already made a decision that plays into Erdogan's hands. Istanbul Mayor Ekrem Imamoglu from the opposition social democratic party CHP was sentenced to more than two years in prison. In addition, an equally long political ban was imposed on him.

Imamoglu was actually traded as one of the possible challengers to incumbent President Recep Tayyip Erdogan for the upcoming elections. He is accused of publicly insulting officials surrounding the 2019 local elections. Imamoglu's lawyer had announced an appeal against the verdict.

The court decision of the constitutional court in Ankara now also weakens the pro-Kurdish HDP. According to the Turkish news channel NTV, she should have received the equivalent of 27 million euros from state party funding this year, a third of it before January 10th. The human rights organization Human Rights Watch said the court decision shows that the government of President Recep Tayyip Erdogan abuses courts to "disadvantag, eliminate and punish" the political opposition.

The left-leaning HDP is the third largest party in the Turkish parliament. President Erdogan regularly accuses the opposition party of being the political arm of the banned Kurdistan Workers' Party PKK, which is fighting the Turkish army in the south-east of the country and northern Iraq. The HDP rejects the allegations.

Western countries criticize the crackdown on the party as politically motivated. In the 2018 general election, the HDP received almost six million votes. Erdogan's Islamic nationalist government has been cracking down on the party for years. Many of their supporters and representatives are in prison, including the party's former co-chair Selahattin Demirtas.

Erdogan, on the other hand, has been in power since 2003, first as head of government and since 2014 as president. If Erdogan wins the elections in June and his most recent statements are correct, then he would be out of office as Turkey's president by 2028 at the latest - after a full quarter of a century of rule. 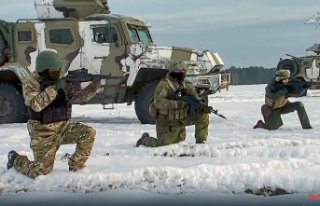