Iraq has been in a political crisis for a long time. 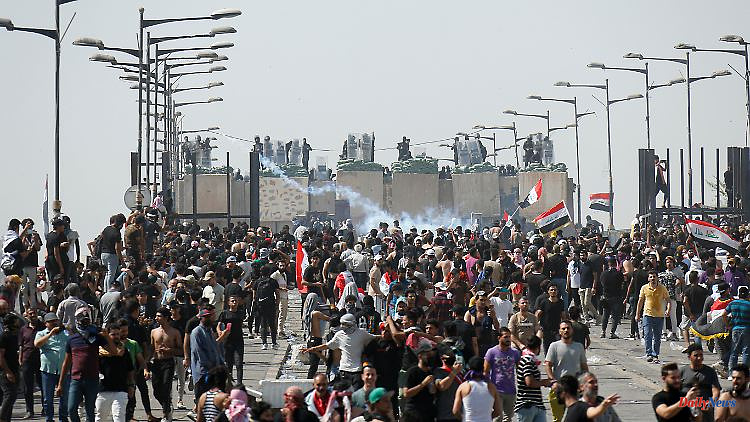 Iraq has been in a political crisis for a long time. No new government has been formed since last year's parliamentary elections. Thousands of people are now demonstrating in Baghdad against the regime. Dozens are injured in the protests.

Thousands have taken to the streets of Iraq to mark the third anniversary of nationwide protests against the country's corruption. As a reporter from the AFP news agency reports, the majority of very young demonstrators chanted: "The people are demanding the fall of the regime." Thousands gathered accordingly on Tahrir Square in Baghdad. There were scuffles between security forces and protesters, in which dozens of people were injured.

"All bridges and roads are closed because the authorities are afraid of the protesters," said activist Ali al-Habib. He condemned "internal power struggles in the political class that completely ignore the will of the people". Law enforcement fired tear gas to keep crowds from entering the highly secured Green Zone, home to state institutions and embassies. Protesters recently occupied the area for weeks.

Iraq has been in a political crisis for a long time. No new government has been formed since the parliamentary elections in October 2021. The oil-rich but war-ravaged country is also struggling with severe environmental and economic crises.

Violent protests broke out in the country as early as August. Supporters of the influential Shiite leader Muqtada al-Sadr had stormed the government palace in Baghdad. The 48-year-old clergyman had previously announced his retirement from politics.

The protest movement began in October 2019 and spread to poor southern Iraq, where the Shiite majority is inhabited. For several months, hundreds of thousands had taken to the streets to denounce youth unemployment, a deteriorating infrastructure and a lack of democracy.

At least 600 people were killed and tens of thousands injured in the crackdown on the protests. Repression and corona restrictions caused the demonstrations to die down. 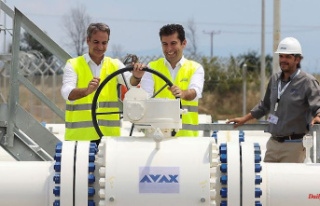