Reactions to Panzer-Wende: Troops will "benefit enormously" from the "Marder"

For months, the German government hesitated to deliver infantry fighting vehicles to the Ukraine. 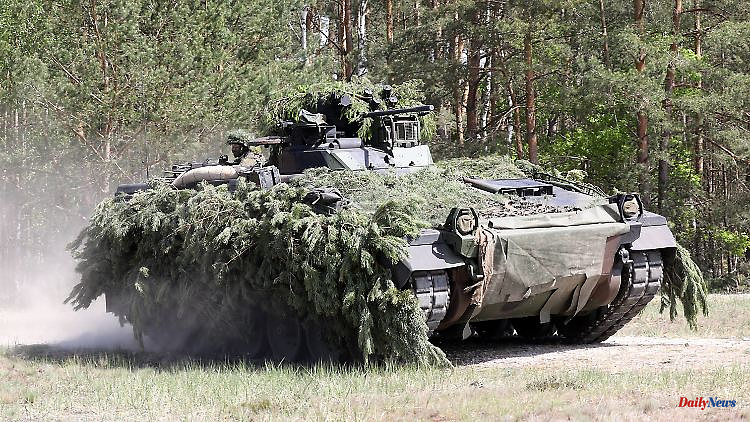 For months, the German government hesitated to deliver infantry fighting vehicles to the Ukraine. Then on Thursday the turning point: Germany sends "Marder" to the attacked country. Ambassador Makeiev hopes that main battle tanks will follow.

The Ukrainian Ambassador to Germany, Oleksii Makeiev, has expressed his confidence that western-style main battle tanks could also be delivered to Ukraine in addition to armored personnel carriers. "I am an optimist. After almost a year since the beginning of this great Russian invasion, many people in Germany have finally understood that this war is about the existence of Ukraine and about peace throughout Europe," Makeiev told the "Wirtschaftswoche" on the Asked how big he thinks the chances are that Germany will now also supply "Leopard" type battle tanks.

Infantry fighting vehicles are intended for the protected transport of small groups of soldiers into and around the combat area and also provide fire support. Main battle tanks have high firepower, a small permanent crew and are used to engage enemy tanks or other targets.

"Our ground forces will benefit enormously from the 'Marder' infantry fighting vehicle," said Makeiev. He also thanked for the provision of air defense systems. The announced Patriot system, together with the already delivered "Gepard" and IRIS-T, will make a decisive contribution "to protecting the Ukrainian skies from Russian missiles". "Even if it sounds strange to some: German weapons save lives and contribute to the return of peace in Europe."

The President of the European Parliament, Roberta Metsola, also welcomed the German government's decision to deliver "Marder" armored personnel carriers to Ukraine. "It is important that we continue to support the Ukrainian people - politically, humanitarian, financially and militarily," she said at the retreat of the CSU members of the Bundestag in the Seeon monastery in Upper Bavaria. Europe must meet Ukraine's demands for help, Metsola said. She doesn't want only the United States to do this. "Strengthening our security also depends on strengthening the security of our neighbors. They are not strong and secure if we are not."

When asked about the criticism from CSU leader Markus Söder that Germany always acts too late and is now the "lonely man in Europe", Metsola said that there are different debates and solutions in the individual member states. But: "What can be done should be done. Because we have no other choice." Every single country must show its responsibility. The President of the Parliament confirmed that Germany was showing leadership in Europe. She sees a country "that leads, that takes responsibility, that shares responsibility".

After the German promise of armored personnel carriers to Ukraine, the coalition partner FDP increased the pressure on Chancellor Olaf Scholz to also deliver Leopard battle tanks. "Modern battle tanks are one of the most convincing arguments for the Russian invasion troops to start their journey home," said FDP defense politician Marcus Faber of the Düsseldorf "Rheinische Post". Germany must give up its blockade, demanded the chairman of the defense working group of the FDP parliamentary group.

According to Faber, 180 "Leopard" 1 tanks are waiting for export permits to the Ukraine from German industry. "It's time to go from procrastinator to creator," he said. "The Ukrainians are running out of time." In addition, it seems "absurd" to deliver "Gepard" tanks and self-propelled howitzers, but to exercise restraint with "Leopard" main battle tanks, said the liberal.

The CDU foreign policy expert and former Bundeswehr officer Roderich Kiesewetter has defended the planned delivery of armored personnel carriers to Ukraine. Only with such deliveries could the war be ended more quickly, he said on Deutschlandfunk. Despite all the reluctance of Germany in particular, Russia has continued to escalate. "Our non-delivery did not mean that Russia wanted negotiations," he added. He pointed to "over 35,000" destroyed civilian facilities and targets, as well as damaged and destroyed power plants in Ukraine. "Eight million households are without water and electricity."

The decision to supply armored personnel carriers shows the unity of the West. Now you can make it clear that if Russia does not give in to negotiations, "the next step would be the training of battle tank crews and then the delivery." The CDU politician said it must be about Ukraine being able to win the war. "What matters is that the status quo is restored from February 23. That would be the win." On the topic of Crimea, he said resettlement took place there. One shouldn't create new injustice now, but rather negotiate about it, "because hardly any Ukrainians live there anymore." "In the very east of Ukraine, which has been occupied since 2014," it is up to Ukraine to determine whether it will fight to free it again. 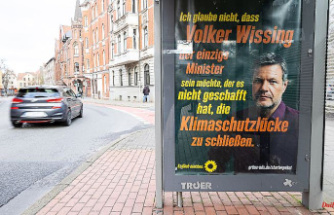 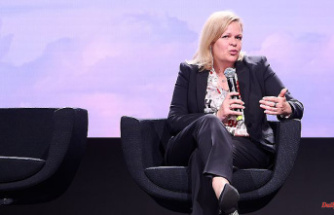 Top candidate for the ministry: Ms. Faeser is glued to her chair 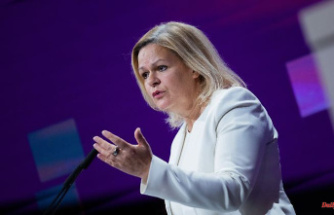 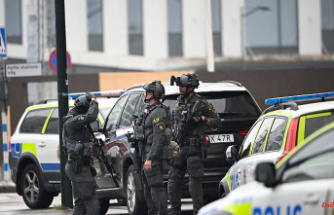 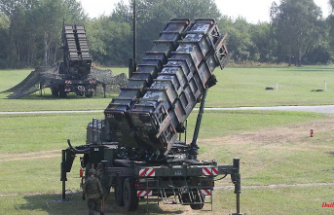 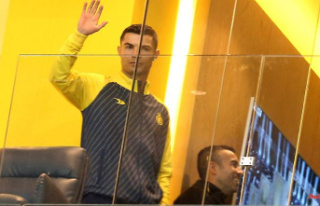 Serve the ban first: the date for Ronaldo's debut...