Rescheduled meeting with Scholz: the federal states and the federal government are gambling for billions

Shortly before today's meeting with Chancellor Scholz, the federal states are calling for clarity on the gas price brake, relief from the relief package and help with refugee costs. 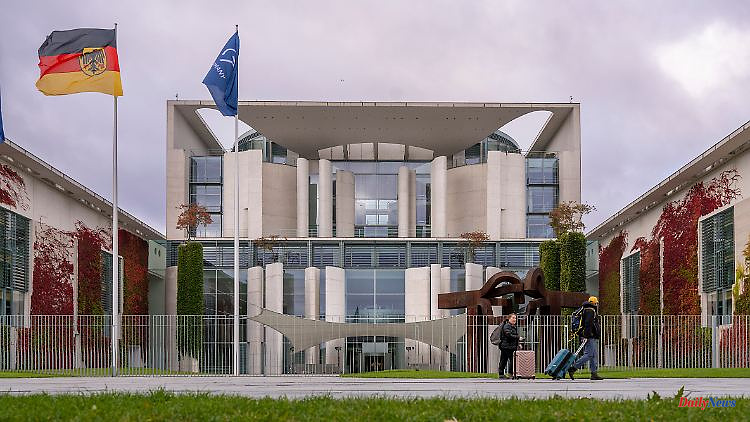 Shortly before today's meeting with Chancellor Scholz, the federal states are calling for clarity on the gas price brake, relief from the relief package and help with refugee costs. In return, traffic light representatives are urging the countries to share in the costs of the crisis.

The federal states and the federal government are preparing for their meeting today with demands and appeals. In the afternoon, the Conference of Prime Ministers (MPK) will discuss with Chancellor Olaf Scholz what share the federal states will have to shoulder in the third relief package. The round was actually supposed to take place last Wednesday, but was postponed due to the Chancellor’s corona disease.

"Of course we are ready to do it," said North Rhine-Westphalian Prime Minister Hendrik Wüst in the morning in the "early start" on ntv. However, the CDU politician pointed out that the federal states and municipalities were already heavily burdened by the high energy prices: "We have to heat daycare centers, schools, universities and vocational schools this winter. Nobody can believe that after the Corona winters operate again with restrictions - no, everything has to go on."

A pact of national unity is needed, said Wüst. "Everyone in their responsibility must be able to help, and we must all help the citizens together." Wüst said that as a result of the war in Ukraine, even more refugees came to Germany than in 2015. "The state must now clarify its financing so that there are no problems. The chancellor's word applies, I'm quite sure." "Clarity" must also prevail today with regard to the planned energy price cap.

It is now important to act quickly and unbureaucratically, said Söder. It is positive that the federal government has announced that it will initiate 200 billion euros in aid. "The Chancellor called it a double boom. It's important that it doesn't turn into a boom afterwards." The gas price brake must come in October.

In principle, the federal states accuse the traffic light of not having involved them in the financing of the projects in advance. According to their own statements, they would have to bear 19 of the 65 billion euros earmarked for the relief package agreed by the coalition in early September.

Last Thursday, the federal government also agreed on an "economic defense shield" with a volume of 200 billion euros, which is intended to protect households and companies from the consequences of high energy prices. This protective shield is financed by another so-called special fund. The money for this should not come from the regular federal budget, but from the Economic Stabilization Fund (WSF), which was set up during the Corona crisis to be able to save larger companies. The WSF is to be equipped with credit authorizations of 200 billion euros and filled this year; This means that Federal Finance Minister Christian Lindner can keep his promise to comply with the debt brake again next year.

Lindner, in turn, appealed to the federal states to make their contribution to crisis management. “You have to help each other. But it cannot be that, if I may say so in all politeness, countries simply implement coalition projects, achieve budget surpluses – and the federal government is in the deep red and has to do crisis management,” said the FDP chairwoman on ZDF. "I think the citizens expect all levels of government to do their part to ensure that our country gets through these times without major damage."

Specifically, he curbed the desire of the federal states that the federal government give them billions more to cover the refugee costs. "There are tasks that are taken over by the states according to the Basic Law, such as the question of how refugees are accommodated, the Asylum Seekers Benefits Act. Here you have to remember that there is this division between the federal government and the states."

SPD leader Lars Klingbeil also called on the states to work together with the federal government to find solutions. "The traffic light has delivered. And I expect that the conservatives at state level will not slow down this jolt," he told the "Rheinische Post". "In the end, it's about us all being aware of the force of the crisis, standing together and getting our country through this time together."

The countries come together at around 2 p.m. for joint consultations. A press statement by the Prime Ministers of North Rhine-Westphalia and Lower Saxony is planned at 3.45 p.m. The joint MPK with Scholz begins at 4:30 p.m. The results will then be explained at a press conference in the Chancellery. 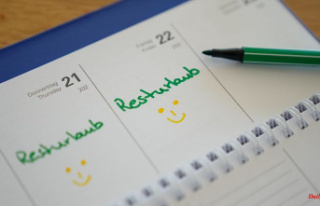 Question from employment law: What happens when you...