"Resignation Honors": Who Johnson could still maneuver into the House of Lords

The British House of Lords is an outdated relic for many. 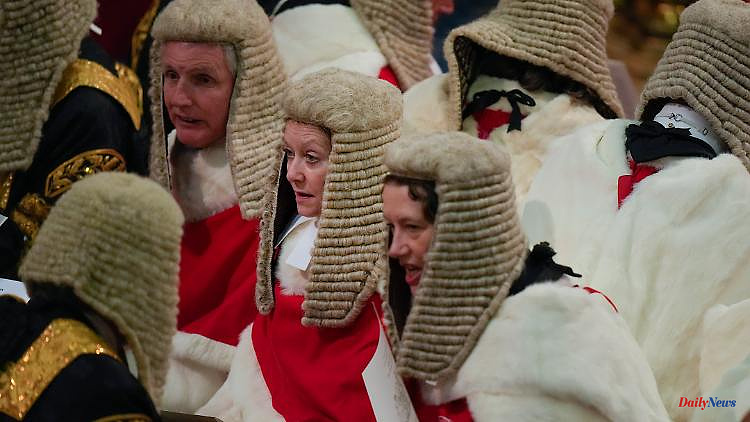 The British House of Lords is an outdated relic for many. For outgoing prime ministers, it offers the opportunity to look after loyal companions - and indirectly influence the fate of the country. There is a lot of whispering in London about who Johnson will appoint as "peer" in the last few meters.

Even in the ignominious departure, Boris Johnson is likely to impose his political legacy on Great Britain - and that can hardly be prevented. According to media reports, political companions, loyal helpers and important financiers are to move into the upper house at the request of the outgoing prime minister. Despite considerable criticism, Johnson plans to pave the way for an unusually large number of so-called peers into the House of Lords before he leaves Downing Street.

The speculation as to who will benefit from the "Prime Minister's Resignation Honors" is currently the hottest topic in political London. Several names that have already been leaked are causing outrage. In a poll, 54 percent opposed Johnson being allowed to appoint lords before he leaves, probably in a month. Only 13 percent think that's okay.

There is Minister of Culture Nadine Dorries, probably the most loyal supporter of the conservative head of government. To the ridicule of many, she throws herself into the breach for him when it seems hopeless. Also named is Lubov Chernukhin, wife of a Russian ex-minister and one of the largest donors to the Conservative Party. Entrepreneur David Ross is also a major donor, arranging a luxury Caribbean vacation for Johnson and his partner in the winter of 2019.

They could all soon sit in the House of Lords as nobles for life - and influence UK politics. Opponents have criticized the second chamber of parliament as a "lifelong pass to influence the laws that govern us and exclusive access to the corridors of power".

Johnson is by no means the first prime minister to use the "resignation honors" to honor party friends or close associates. Predecessors such as Theresa May and David Cameron also hoisted confidants into the House of Lords. But critics suspect that Johnson could exploit the privilege much more. "His previous appointments to this Chamber and the nature of his hasty departure from his high office speak volumes," wrote Darren Hughes, head of the Electoral Reform Society, which advocates reform of the House of Lords, to the Times newspaper.

A good ten percent of the more than 800 members in the Lords already owe their post to the soon-to-be ex-prime minister. These include Johnson's brother Jo - Baron Johnson of Marylebone - or Yevgeny Lebedev, son of the Russian oligarch Alexander Lebedev, head of the newspapers "Evening Standard" and "Independent" and a close friend of the prime minister. His pompous title: Baron of Hampton in the London Borough of Richmond upon Thames and Siberia in the Russian Federation.

It is true that the debates in the House of Lords are rarely considered. Many consider it a historical remnant. In fact, the second chamber of parliament has enormous influence. Again and again the lords of the government make life difficult. With his appointments, Johnson could shift the balance and make it easier for future Conservative PMs to pass Conservative legislation.

Secretary of State Liz Truss, who is positioned on the right-wing edge of the party, is currently the favorite to succeed Johnson. On the agenda are, among other things, Great Britain leaving the European Convention on Human Rights in order to be able to tighten its immigration laws even more drastically, or ignoring the special, legally binding Brexit rules for Northern Ireland with a new law. 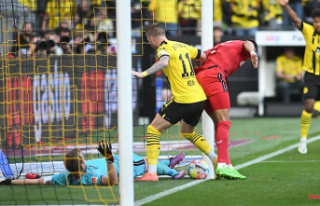 Terzic sets a Klopp record: BVB with a lackluster...