Retreat like Tsar Peter: This is how Putin's propaganda prepares the Russians for the loss of Cherson

A Russian defeat in Cherson may be imminent - a problem for Russian propagandists as well. 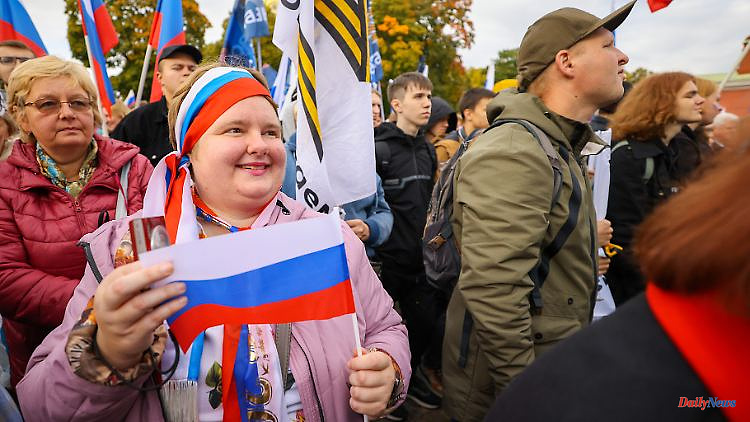 A Russian defeat in Cherson may be imminent - a problem for Russian propagandists as well. To justify the withdrawal in the eyes of the people, the Kremlin is handing out manuals to state media explaining how to report on the situation.

Russian troops in southern Ukraine may be on the verge of withdrawing from the major city of Kherson. For Moscow it would be one of the biggest defeats since the beginning of the war. In view of the difficult situation at the front, the Kremlin is trying to justify itself to its own people and to prepare them for the task of Cherson. As the independent exile medium "Meduza" reports, citing sources close to the Kremlin, the presidential administration has prepared several manuals that are to be distributed among employees of the state media. It explains how to report on the situation in Kherson in order to prepare "public opinion" in Russia for leaving the city.

Last Monday, the Russian authorities declared the "evacuation" of civilians from Kherson to be over. According to media reports, however, many people remain in the city waiting for the Ukrainian army to arrive. Since the beginning of November, there have also been increasing reports that Russia is preparing to withdraw its troops from the city. However, Kyiv assumes that the Russian army is using a diversionary maneuver.

In one of the two manuals that "Meduza" says it has, the "evacuations" and the retreat of the Kremlin troops are justified by the fact that the Ukrainian armed forces would fight in the battle for Cherson regardless of their own losses. According to the guide for propagandists, Kyiv is "ready to kill tens of thousands of its own and foreign people for new tranches and arms deliveries". Ukraine must "absolutely prove the combat capability of its terrorist formations in order to receive new support from the West." The Russian troops, on the other hand, are striving to save the lives of civilians and members of the army.

According to the manual, the propagandists are supposed to explain to their viewers and readers that Ukraine and the NATO countries have sent "all their forces" to this section of the front of all places, which is why "great bloodshed" is threatening there. "Zelenskyj wants to put on a bloody show for the whole world, portraying the Ukrainian armed forces as suffering and demanding more money (from the West - editor's note)", the handbook claims. "The enemy wants Kherson to become a trap for Russia, a battlefield with tens of thousands of casualties."

According to this, the Ukrainian armed forces are planning a "terrorist attack" in which the Kakhovka hydroelectric power plant is to be destroyed, numerous settlements would be flooded and Russian soldiers would be "simply washed away". The Russians are once again accusing the Ukrainians of what they may be up to themselves. Ukrainian President Volodymyr Zelenskyy said in October that Kremlin troops had mined the power plant. If the dam is blown up, around 80 Ukrainian settlements, including Kherson, could be flooded.

In addition, the propagandists were advised to emphasize that city battles in Kherson were "inexpedient" because "they are always the heaviest and most destructive" and the Ukrainian army "can simply raze Kherson" - another tactic of Russian warfare, which Media close to the Kremlin should attribute to the Ukrainians. The Russians were only able to capture several major Ukrainian cities, including Mariupol, Lysychansk and Sieverodonetsk, after almost completely destroying them.

Another guide quoted by "Meduza" advises propagandists to draw the attention of readers and viewers to a speech by diplomat and historian Anatoly Torkunov. At a meeting with Putin a few days ago, Torkunov recalled the Battle of Poltava in the Great Northern War between Russia and Sweden in 1709 and drew parallels to today's warfare in Ukraine. In his speech, the historian explained that the Russian Tsar Peter I had withdrawn his troops more and more during the course of the war in order to initiate a turning point in the war with the victory at Poltava. In fact, the Tsarist Empire finally won the war for supremacy in the Baltic Sea region, which lasted until 1921.

Peter the Great is regarded as Putin's role model. The Russian president keeps comparing himself to the tsar, who ruled in the 18th century and conquered large areas in Europe. As a result of the Great Northern War, parts of what was then Sweden and the Baltic States fell to Russia - i.e. today's Estonia, Latvia and Lithuania. 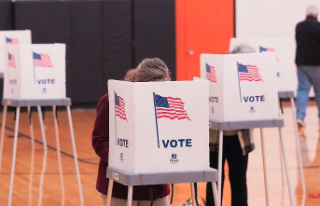