Russia and Nord Stream 2: Schwesig calls holding on to the pipeline a "mistake"

Criticism of Mecklenburg-Western Pomerania's Prime Minister Schwesig continues because of her pro-Russian attitude in the past. 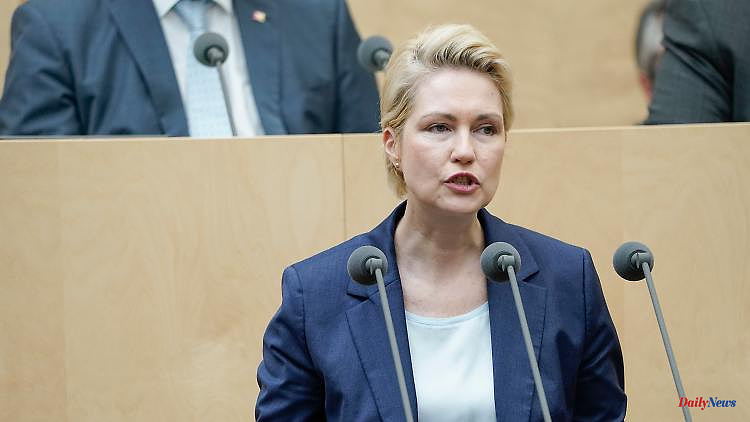 Criticism of Mecklenburg-Western Pomerania's Prime Minister Schwesig continues because of her pro-Russian attitude in the past. Now she admits mistakes and errors, also in relation to the controversial climate foundation. But she calls one accusation "absurd".

Mecklenburg-Western Pomerania's Prime Minister Manuela Schwesig has admitted mistakes in her dealings with Russia. "We and I thought that a dialogue could change things for the better. Unfortunately, that was a mistake in this case," said the SPD politician in an interview with "Zeit". She can understand that her long commitment to the German-Russian Nord Stream 2 pipeline is being met with criticism today. "I'm also critical of that today," says Schwesig. From today's perspective, "sticking to Nord Stream 2 was a mistake". "Including setting up the foundation that was supposed to enable the pipeline to be completed. Knowing what I know today, I wouldn't make that decision."

In the conversation, Schwesig admits that in recent years many have warned against aggressive Russian foreign policy, for example because of the invasion of eastern Ukraine and the attack on the opposition leader Navalny - but she nevertheless remained interested in good relations with Russia. Putin has always rightly criticized German foreign policy. "At the same time, it wasn't just my line: you keep talking. That was also the Chancellor's policy." Angela Merkel has always struggled not to let the talks on Russia break. "That's why I find the subsequent criticism of her unfair," says Schwesig.

In the interview, Schwesig complained that many of those involved in the decision-making act "as if they had never been there." She protested against allegations that she had allowed herself to be exploited by the Russian state-owned company Gazprom. There was exchange between the state government and Nord Stream throughout the construction of the pipeline. However: "It is absurd to construct from this that you have constantly allowed yourself to be influenced."

Schwesig has been Prime Minister of Mecklenburg-Western Pomerania since 2017. From 2009 to 2019 she was Deputy Federal Chairwoman of the SPD. 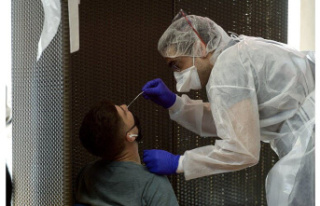