Statements about Russia policy: Ukrainian government is disappointed in Merkel

The Ukrainian ambassador in Berlin is happy that ex-Chancellor Merkel spoke about her relationship with the Kremlin during her term in office. 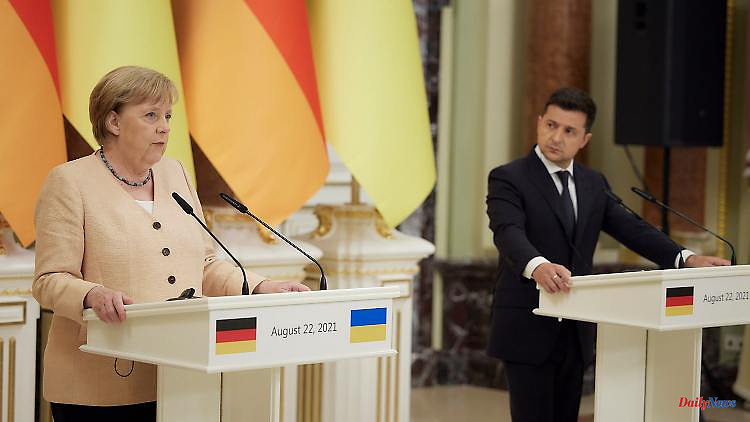 The Ukrainian ambassador in Berlin is happy that ex-Chancellor Merkel spoke about her relationship with the Kremlin during her term in office. However, he expected "a lot more" concrete answers, says Melnyk. A few questions also remain unanswered for the government in Kyiv.

The Ukrainian government has shown little persuasion with the explanations given by former German Chancellor Angela Merkel on her Russia policy. It is also incomprehensible why Merkel supported the construction of the German-Russian gas pipeline Nord Stream 2, wrote the Ukrainian presidential adviser Mykhailo Podoliak on Twitter. Podoljak justified his lack of understanding by claiming that Merkel "always knew that Russia was preparing for war" and that President Vladimir Putin wanted to destroy the EU.

On Tuesday evening in Berlin, Merkel spoke publicly for the first time since the end of her term in office in December. She again condemned the Russian invasion of Ukraine, but refused to apologize for her Russia policy.

The Ukrainian ambassador in Berlin, Andriy Melnyk, said he expected "a lot more" concrete answers from Merkel. "Because if everything is supposed to have gone so well and no mistakes were made at all, then the question is why we have been dealing with this war of aggression for 105 days," he told the broadcasters RTL and ntv. From his point of view, there are "still many unanswered questions".

In principle, however, Melnyk welcomed the fact that Merkel publicly took a stand on her Russia policy. There is a need for a "review of Russia policy" and an "open discussion in German society" about it, he said. On Tuesday evening, Merkel also rejected the accusation made by Melnyk in a question that she had made the Russian attack possible in the first place with her appeasement policy towards Moscow.

Deputy CDU parliamentary group leader Jens Spahn defended Merkel's Russia policy. "Angela Merkel has never given in to any illusions about who or how Vladimir Putin is," he said on RTL and ntv. "Unlike your predecessor, Gerhard Schröder, who sold himself to the system." With today's knowledge, however, "one would certainly make some decisions differently".

During her 16-year chancellorship, Merkel had always relied on dialogue with Moscow and on a close economic partnership. This course is also being questioned in her party today. The new CDU leader and long-time Merkel critic Friedrich Merz has spoken of a "shattered pile" for the entire German foreign and security policy of the past 20 years and has announced that his party will also come to terms with the past. 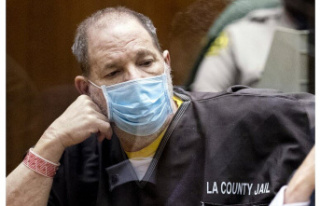 Justice. Harvey Weinstein will be charged in the UK...