Student on protests in Iran: "We continue to fight for everyone who was murdered"

The protests in Iran continue unabated more than 50 days after the death of Mahsa Amini. 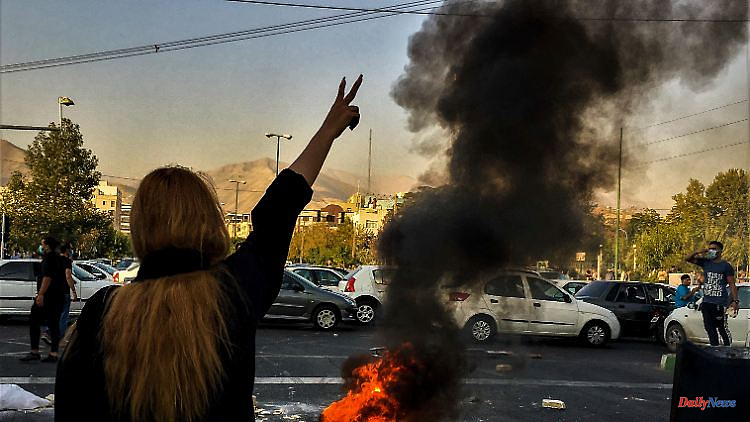 The protests in Iran continue unabated more than 50 days after the death of Mahsa Amini. The demonstrators live in constant danger, says an art student from Tehran ntv.de. Saying your name would be too dangerous. "I want you to change my name to Mahsa because we are all Mahsa," she says. In the interview, the 24-year-old talks about the organization of the protests, the brutality of the emergency services and why she still doesn't give up.

ntv.de: Mahsa, we communicate via Telegram. How stable is your internet connection?

Mahsa: The regime has throttled the internet across the country. Bypassing the restrictions is complicated. You have to try many different VPNs until a connection works. Sometimes it is even impossible to get online. Then they block the entire Internet in the city or in individual parts of the city where protests are burgeoning. But there are many supporters inside and outside of Iran who are helping to provide internet access by buying servers and VPN accounts for us. They teach others how to use them. This is very helpful.

They live in Tehran, the capital of Iran. What's the atmosphere like there?

When I walk through the city, I see signs of the revolution everywhere. Slogans are on the walls, printed on leaflets and stickers. Bus stops and subways are full of them. The regime has hired extra workers to remove or paint over the slogans. However, the people of the city have come up with many creative ways to express their criticism of the regime. One remedy is the red color. They use it to leave handprints on facades, color the water in park fountains, and paint statues - as a symbol of the blood of the innocent demonstrators who were and are being murdered by the regime. One can hear the famous revolution songs everywhere in the streets. People play them loudly from their homes and cars.

Women engage in civil disobedience by not wearing hijab. They wear their headscarves around their shoulders like a scarf and show their hair, some even break with the dress code altogether. Many passers-by thank the women for their struggle, give them flowers, write short thanks on a note or just smile at them. That's very heartwarming.

How are the authorities reacting to this?

I haven't seen the vice squad that much lately. But if you don't wear a hijab and drive past the police, they may smash your car's windshield or remove your license plates. If you pass them on foot, they will attack, hit or arrest you. But despite the risks, many women drive and walk through the city without a hijab.

The Vice Police are notorious for their brutality towards women. What has been your experience with her?

I've witnessed many horrible scenes that I'm trying to forget. Five years ago, I was arrested by the vice squad for dying my hair. I was on my way to university. They were very brutal and treated me like a serial killer. They didn't physically attack me, but they tried everything to humiliate me and cause me mental suffering. They pulled me into a van and I had a panic attack. Bystander girls tried to help me, but the vice squad didn't care.

Did the threat of the vice squad affect your life as a child?

When I was eleven, I went to lunch with my girlfriends and their mothers. We wanted to celebrate the start of summer vacation. A friend of mine wore white clothing that showed her t-shirt and body. The vice police put her in the car and took her away. Her mother was terrified. After we found out which police station she was being taken to, we gave her new clothes and the vice squad released her. But my friend was in such shock that she couldn't speak for days. She too was eleven years old. We are all traumatized by such experiences. I have flashbacks and nightmares. The things that happened to me can happen to all of us.

How has your life changed since the protests began?

Our everyday life as it was before is over. You don't know what's going to happen in the next hour, the next minute. It's like a movie. You go out to buy groceries or gas and in the next scene you might be in the middle of a street fight, running from the police and their bullets for your life.

How do people find out about the demonstrations?

Many of us don't even know where and when a demonstration is taking place. No information should leak out, because otherwise the regime is prepared and can pool its forces in a specific place. It's like this: we cook, we clean, we work, play sports, study. And sometimes we throw all that overboard, don't go to work and join a protest. It can start anytime and anywhere.

How have the protests developed in recent weeks?

When the protests first started, they were limited to certain locations in the city. After a few days we changed our tactics. We started demonstrating in our neighborhoods. Because in a big city like Tehran, the Revolutionary Guard [Note. i.e. Red.: part of the Iranian army] not monitor all areas. The demonstrators know their way around in their own neighborhood, know where to hide and where to flee to. The protest spread across the city.

Did as many join in from the start as there are now?

At the beginning of this revolution, many people hesitated to protest. They were afraid that everything would end in a big, senseless massacre, as it always has. But day by day, more people and groups joined. First it was the students, then the workers, who went on strike. We also get support from opposition celebrities, some politicians and Iranians living outside the country. That gave us the hope and courage we needed to fight. But there are ups and downs. The regime is trying to mentally drain us and break our solidarity. The state is spreading fake news, arresting and killing students like the day Sharif University was attacked.

You are a student yourself. Are there any lectures at all?

In the universities, many students no longer take part in the courses. Even some professors are on strike. But we also have teachers who support the regime. They continue their classes in empty classes and threaten opposition students. The students go to the university to protest together. Even after more than 50 days, they are still striking and demonstrating every day. At the same time, the regime repeatedly attacks universities across the country. The Revolutionary Guard arrested many students, kidnapped them from their dormitories and houses. Nevertheless, we continue. The students break the stupid rules imposed on them. For example, that men and women have to eat in separate rooms. They fight with their bare fists against students loyal to the regime and plainclothes police officers.

Also at your university?

At my university things are a bit different. The students use their creativity and art. They develop performances. We sing well-known revolutionary songs, build sculptures and paint pictures - symbolic acts. Many students have been suspended or denied access to the university building. The pressure is great.

Do you go to the protests?

I've been to many demonstrations and experienced things that I will never forget: enthusiasm, hope and the will to win, but also terror. I had to run for my life and hide from the police. It's an enormous psychological burden. During a protest, my mother and I were almost shot, but a girl stopped her car and took us away. That's the only way we escaped the bullets. At such moments everything freezes. You may be in the middle of a protest, but everything is passing you by in slow motion.

Is there a situation that you particularly remember?

Yes, it was the 40th day of the protests, 40 days after Mahsa Amini's death. We gathered in a residential area in western Tehran. People from all apartment blocks joined us. We lit a fire, danced around it and shouted "Freedom". That night we didn't run away when the police came. We attacked them before they could attack us. We were invincible. After hours of fighting, we hid in nearby apartments. People opened the doors and gave us shelter. These strangers helped us and took care of us with all their hearts.

Are you going on despite the danger to your life?

It is the solidarity that encourages me to keep going. I feel connected to this country and its people for the first time. I had actually already decided to leave Iran, but I'm no longer sure. I'm experiencing something like patriotism for the first time. I want to stay here and see my country and my people free. I want to fight for the human rights that I've never had in my entire life.

How do you think the protests will continue?

The countless women without hijab have taken the regime by surprise. It's out of control. People protest in many different ways. Now we can't go back. There is no longer a simple protest, this is a revolution. The mullahs should get out of the judiciary and out of the government. We want democracy, peace and human rights. We continue to fight for our brothers and sisters who have been murdered, imprisoned and tortured. For all the things we had to sacrifice. I don't know how much it will cost, but I'm sure we'll win. I hope I'll still be alive to see the day we're finally free. Women, Life, Freedom. 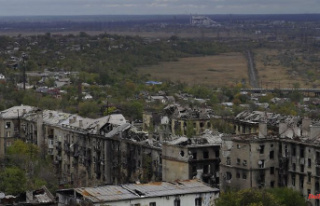