The day of the war at a glance: Moscow wants to give up the Cherson bridgehead - Kyiv rejects a new offer of talks

Ukraine is apparently getting closer to liberating the Kherson region. 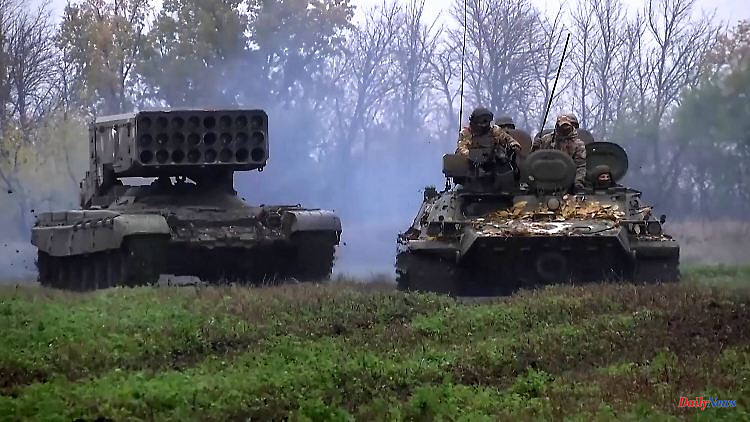 Ukraine is apparently getting closer to liberating the Kherson region. Because Russia's Defense Minister Shoigu orders the abandonment of the bridgehead on the western bank of the Dnipro. Meanwhile, a leader of the Russian occupation administration of Cherson is killed. The 259th day of the war at a glance.

Deputy chief of the occupation administration of Kherson is dead

The deputy chief of administration for the occupied region of Kherson, Kirill Stremousov, appointed by Russia, is dead. Stremousov died in a traffic accident, occupation chief Vladimir Saldo said in a video on Telegram. As the Interfax agency reports, citing the authorities, the accident happened on the highway between the city of Kherson and the city of Armyansk on the Crimean peninsula. Stremousov spread perseverance slogans on his Telegram channel to the end, but had long since fled the regional capital, Cherson. A photo he posted to Telegram showing him with his family was taken at a wildlife park in Crimea, ntv's verification team confirmed.

Russia announces withdrawal in the south

A few hours after the news of Stremouzov's death became known, Moscow announced the withdrawal of Russian troops from the Ukrainian city of Cherson and parts of the region of the same name. Defense Minister Sergey Shoigu ordered the evacuation of the western bank of the Dnipro River on state television. "The life and health of the soldiers of the Russian Federation have always been a priority," Shoigu said. With the withdrawal, Russia loses control in the south of the only Ukrainian regional capital it has captured since the war of aggression began in late February.

The leadership in Kyiv reacted skeptically to the Kremlin's announcement. "Ukraine sees no signs that Russia is giving up Kherson without a fight," Presidential Advisor Mykhailo Podoliak wrote on Twitter. "Ukraine is liberating territories by relying on reconnaissance data and not on staged TV announcements," Podoliak continued.

The Ukrainian leadership has rejected a new offer from Moscow for talks as a "new smoke screen". "Russian officials begin offering talks whenever Russian troops suffer defeats on the battlefield," Russian Foreign Ministry spokesman Oleh Nikolenko wrote on Facebook. With the new offer of dialogue, Russia is only playing for time in order to regroup and strengthen its troops and then to initiate "new waves of aggression".

In Moscow in the afternoon, Russia's foreign ministry spokeswoman Maria Zakharova offered Russia's willingness to hold talks "on the basis of current realities". This meant the current status at the fronts. "We remain open to talks, we have never refused them," she said. Kyiv has already rejected several offers of talks from Moscow, demanding the complete withdrawal of Russian troops from Ukraine in advance.

Russia and Iran want to expand their economic and trade relations in the face of Western sanctions pressure on both countries. According to Russian and Iranian media, this was agreed by the head of the Russian Security Council, Nikolai Patrushev, and his Iranian counterpart, Ali Shamchani, during talks in Tehran. It is not known what the closer economic cooperation will look like. Iran is seen as a supporter of the war against Ukraine. At the weekend, Tehran admitted for the first time that it had also supplied drones to Russia.

According to British intelligence experts, it could take almost a year to restore the damaged Crimean bridge. "Russian efforts to repair the Crimea bridge continue, but it is unlikely that it will be fully operational before September 2023," a London source said. The bridge, which is important for the supply of the Russian invasion troops in Ukraine, was severely damaged by an explosion on October 8th.

According to a briefing to Russian President Vladimir Putin, work on the road bridge would restrict traffic until March 2023, the British experts said. The repair of the railway line was contractually agreed until September 2023. One track is currently usable, but train traffic is still restricted.

Amnesty International laments Russian war crimes in Ukraine: "The list of war crimes committed by Russian forces in Ukraine is getting longer and longer," said Janine Uhlmannsiek, Amnesty's Europe and Central Asia researcher. "Since the beginning of Russia's war of aggression against Ukraine, which in itself constitutes a crime under international law, Russian troops have indiscriminately attacked residential areas, used prohibited cluster munitions and targeted civilian killings." According to the human rights organization, the Russian actions of illegal expulsion and transfer constitute a war crime and should also be investigated as a crime against humanity.

Luhansk governor: Russians are afraid to dump ammunition in warehouses

According to Ukrainian information, the Russian troops in the Luhansk region no longer want to dump their ammunition in warehouses. This was reported by "Kyiv Independent" and referred to the governor of the region, Serhiy Hajdaij. According to this, residents of occupied Alchwvsk saw many Russian trucks with ammunition. Russian forces are "afraid" to store ammunition in warehouses due to Ukraine's artillery strikes, Hajdaj said. So at night the Russians unloaded the ammunition from trucks into smaller vehicles and took them to the front.

Ukraine calls on people to save electricity

Further power cuts are expected to occur in all regions of Ukraine, both in private households and in industry. This is what the state network operator Ukrenergo writes on Telegram. With the power cuts for companies and households, the country's power grid is to be stabilized. At the same time, the company called on all Ukrainians to save energy: "Consume electricity sparingly and do not connect several powerful electrical appliances to the network at the same time during the day, especially during peak consumption periods - from 6 a.m. to 11 a.m. and from 5 p.m. to 11 p.m.: midnight."

LKA man withdrawn from state security because of trip to Russia

An employee of the Berlin State Criminal Police Office (LKA) has apparently been withdrawn from the state security department because he is said to have traveled to Belarus and Russia with a right-wing extremist known to the authorities without reporting this. According to the report by the ARD magazine "Kontraste", "Zeit" and the Russian-language online medium "Meduza", disciplinary proceedings will be initiated against the man. The 58-year-old LKA employee is said to be active in an association for friendship between peoples in Brandenburg, whose members call themselves "Cossacks" and maintain connections to a paramilitary Russian Cossack group.

You can read all other developments on the war in Ukraine in our live ticker. 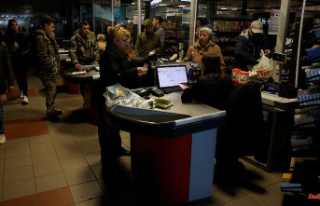