The day of the war at a glance: Selenskyj continues to sweep through the secret service - Ukraine threatens to attack Crimea

Employees of the Ukrainian domestic secret service have to be prepared for hard times: President Zelenskyj replaces other high-ranking officials after the dismissal of the head Bakanov. 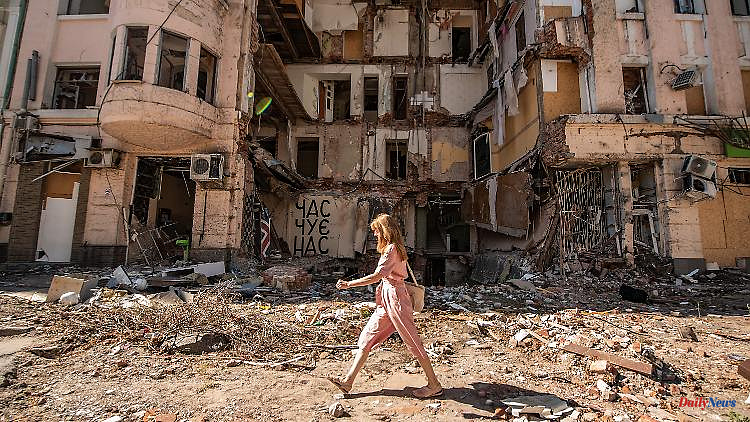 Employees of the Ukrainian domestic secret service have to be prepared for hard times: President Zelenskyj replaces other high-ranking officials after the dismissal of the head Bakanov. Meanwhile, Defense Minister Havrylov is talking about attacking the Russian Black Sea Fleet off Crimea.

Employees of the Ukrainian domestic secret service have to be prepared for hard times. President Zelenskyi replaces other high-ranking officials there, while the parliament dismisses the head of Bakanov. Meanwhile, Defense Minister Havrylov is talking about attacking the Russian Black Sea Fleet off the annexed Crimean Peninsula. The 145th day of the war at a glance.

Purges in the Ukrainian secret service

After the allegation of treason in the Ukrainian secret service, President Volodymyr Zelenskyj takes further action and replaces high-ranking employees. According to a decree, Volodymyr Horbenko was dismissed as deputy head of the SBU secret service. In addition, the regional heads were exchanged in the four regions of Sumy, Dnipropetrovsk, Poltava and the Transcarpathians. In addition, Zelenskyy dismissed the head of the SBU of the Zhytomyr region. For the SBU post in Kharkiv in eastern Ukraine, which has been vacant since the end of May, Zelenskyy appointed a new regional head.

The 44-year-old president has announced investigations into the secret service and the prosecutor's office. The trigger was a high number of defectors and collaborators with the Russian occupying power after Moscow's invasion almost five months ago, it said. According to media reports, the question arises as to whether treason was involved in the rapid conquest of the southern Ukrainian regional capital of Cherson by the Russians. More than 30,000 people work for the SBU secret service alone. On Sunday, the Ukrainian President fired his childhood friend Ivan Bakanov as head of the SBU. The parliament in Kyiv confirmed his dismissal as well as that of the Attorney General Iryna Venediktova.

According to a media report, the Ukrainian armed forces are preparing to sink the Russian Black Sea Fleet and recapture Crimea. The south of the country is under constant threat from Russian warships in the Black Sea, Deputy Defense Minister Volodymyr Havrylov told the Times during a visit to Britain. Russian ships in the Black Sea regularly fire cruise missiles aimed at Ukrainian infrastructure to the south. Ukraine is also unable to transport grain by sea due to the Russian ship blockade.

"Given the new technologies and capabilities we are receiving, we must face this threat," Havrylov said. "It's inevitable because we have to guarantee security for our people." According to Havrylov, Ukraine produces its own anti-ship missiles. Before an attack, however, one should wait for the delivery of western weapons with a longer range. "Sooner or later we will have enough resources to attack Russia in the Black Sea and Crimea," Havrylov said. It is currently being clarified with the allies whether Western weapons should also be used in attacks on Crimea. But a diplomatic return of Crimea cannot be ruled out either.

Russia is making progress in the Donbass

Like Kramatorsk, the city of Sloviansk, whose capture is considered one of the next targets of the Russian army, was also shelled, according to Ukrainian sources. According to Ukrainian sources, Russian forces have made further gains in the fighting for the Donbass in eastern Ukraine. "The enemy launched an assault in the Pokrovske area, was partially successful and is establishing itself on the southern outskirts of the village," the Ukrainian general staff said in its situation report today. Pokrovske is a settlement ten kilometers east of the important transport junction of Bakhmut in the Donetsk region. The Siwersk - Soledar - Bakhmut line is considered to be Ukraine's next line of defense in front of the conurbation around the cities of Sloviansk and Kramatorsk. According to their own statements, the Ukrainian military has managed to repel the Russian attacks on other front sections in the Donbass.

According to estimates by British secret services, only a slow advance of the Russian army in the Donbass can be expected due to the lack of soldiers. "Russia has struggled to maintain an effective combat capability since the beginning of the invasion and the problem is likely to become increasingly acute," the Defense Ministry's daily intelligence update said in London. The Defense Ministry in Moscow said in its situation report that Russian attacks on Odessa on the Black Sea destroyed other warehouses with ammunition from the United States and European countries. Depots in the Donetsk, Zaporizhia and Dnipropetrovsk regions were also said to have been destroyed. This information could not be independently verified.

According to insiders, Russian gas will again flow through the Nord Stream 1 pipeline to Western Europe after the end of its maintenance on Thursday. The pipeline is scheduled to resume service but will not do so in full, two people familiar with the process said. The Russian gas monopolist Gazprom had already cut the capacity of deliveries through Nord Stream 1 to 40 percent last month and attributed this to the maintenance of a turbine. "They (Gazprom) will return to the level seen before July 11," said one of the insiders. On July 11, gas flows through the pipeline were shut down for maintenance.

The European Union wants to ease some of its sanctions on Russian banks so as not to affect global food supplies. According to a proposal by the EU Commission, blocked Russian transactions should be able to be released again if they relate to trade in grain or fertilizers. According to the text, the authorities of a Member State can "authorize the release of certain frozen funds (...) if they determine that these funds or economic resources are used for the purchase, import or transport of agricultural and food products, including wheat and fertilisers , required are". According to the information, this exception affects seven sanctioned Russian banks, including the state-owned foreign trade bank VEB.

USA deliver tanks to Poland - Germany hesitates according to CDU

Poland has received the first of a total of 366 Abrams main battle tanks from the USA. Defense Minister Mariusz Blaszczak wrote on Twitter that 28 used tanks had arrived at a Polish Army training center. The training of the soldiers will begin shortly. "We'll be ready when the first of the 250 brand new tanks we've ordered arrive." In April, Poland and the USA agreed to buy the new M1A2 Abrams tanks for the equivalent of more than four billion euros, with delivery scheduled to begin in 2023. In addition, the country will receive 116 used Abrams tanks. Union foreign policy expert Roderich Kiesewetter, on the other hand, sees the planned exchange of German tank rings with Poland to support Ukraine as "failing." After three months of "reflection time", the federal government only offered Warsaw the first tank deliveries from April next year, according to the foreign policy spokesman for the Union faction. From a total of 20 Leopard 2 tanks, only one should initially be delivered per month, from October 2023 then three per month.

Russian President Vladimir Putin sees progress in negotiations on resuming blocked grain deliveries from Ukraine. "With your help, we have moved forward," Putin said to Turkish President Recep Tayyip Erdogan in Tehran, according to the Kremlin. Turkey is trying to mediate between Ukraine and Russia. "Not all problems have been solved yet, but it is good that there is movement," said Putin. The two heads of state met Iranian President Ebrahim Raisi for a summit in Tehran, primarily to discuss the situation in Syria. However, a bilateral meeting between Putin and Erdogan was also on the agenda, at which the export of grain blocked in Ukrainian ports was discussed.

The former head of the Kremlin, Medvedev, once again appeared confident of victory in view of the war in Ukraine. "Russia is achieving all the goals it has set. And there will be peace. On our terms," ​​wrote the current deputy head of the Security Council on the Telegram news channel. There will be no agreement on the conditions of the "politically impotent" in the EU and the USA. The former Russian president once again criticized the US for supplying arms to Ukraine "uncontrolled". "The United States needs a new Afghanistan, which Ukraine is now being deliberately made into." There is a risk that the guns will fall into the hands of criminals around the world. "For the terrorists and the radicals, there will be more lethal types of weaponry." 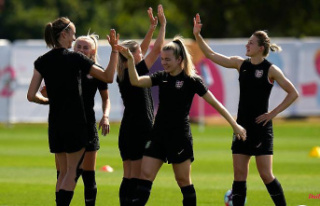