The night of the war at a glance: Russians about to conquer a holy site - Zelenskyj insists on joining the EU

Volodymyr Zelenskyy is again urging his country to join the EU. 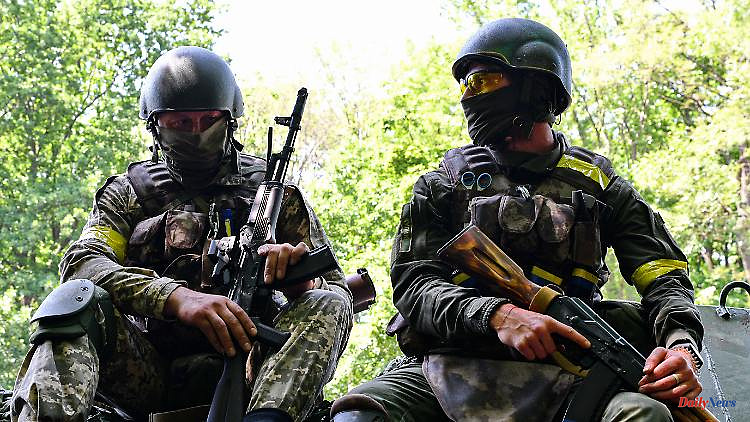 Volodymyr Zelenskyy is again urging his country to join the EU. The Ukrainian President is sending a special envoy to Berlin for this purpose. Meanwhile, Russian troops continue to advance in the Donbass and are on the verge of capturing an ancient Orthodox sanctuary.

Ukrainian President Volodymyr Zelenskyy has emphatically demanded EU candidate status after more than 100 days of valiant struggle against Russian invasion. "I mean, this will not only be a decision for Ukraine, but for the entire European project," said the head of state in a video message. That will also decide whether the EU has a future or not.

Selenskyj has sent a special envoy to Berlin to hold talks with the federal government about the prospect of joining the EU. The Minister for Regional Development, Oleksiy Tschernyschow, wants to meet with SPD Chancellor Wolfgang Schmidt and several ministers today and tomorrow. "The European Union should embrace Ukraine," said Chernyshev. But he also emphasized that his country did not want to be given preferential treatment. "We do not expect accession through the back door, nor do we expect a fast track for Ukraine."

Meanwhile, fighting continues in the east of the country. "On the 103rd day, the Ukrainian Donbass held strong," Zelenskyy said. In addition, everything is being done to ensure that the front in the Zaporizhia and Mykolaiv areas holds out. Heavy fighting continued around Sieverodonetsk, Lysychansk, Sloviansk, Bakhmut, Sviatohirsk, Avdiivka, Kurakhove and in the Luhansk and Donetsk regions. The armed forces would have to accept heavy losses.

Ukrainian army spokesman Olexander Motusyanyk reported intense fighting "almost along the entire front line in the Luhansk and Donetsk regions." The Russian Air Force has flown 39 air strikes outside of eastern Ukraine. However, the situation is most threatening in the Zaporizhia region, where the Russian army is threatening the region's capital, it said. President Selenskyj visited the region on Sunday and was also directly at the front.

The Russian military and Moscow-backed separatists say they are in the process of completing the capture of the Ukrainian city of Sviatohirsk and its historic monastery. "Svyatogorsk is practically liberated," said the leader of the Donetsk separatist region, Denis Pushilin, on Russian state television. There is the arch monastery of the Assumption of the Virgin Mary, which was also recently shot at, which is one of the most important sanctuaries of Russian Orthodoxy.

Moscow Patriarch Kirill, who supports the war of aggression against Ukraine, has long had a reputation for wanting to keep Ukraine's ancient religious sites for the Russian Orthodox Church under his influence. Russian Defense Ministry spokesman Igor Konashenkov previously said the city's capture was in its final stages. The last soldiers of the Ukrainian armed forces left behind military equipment and weapons and fled themselves.

According to Konashenkov, around 80 Ukrainian soldiers crossed the city's river, the Russian side let them flee and did not open fire, he said. Initially, there was no confirmation from the Ukrainian side that Sviatohirsk had been abandoned. However, the Ukrainian general staff reported heavy fighting around the city in the morning.

For weeks, Ukraine has been demanding the delivery of heavy weapons from the West, not only to stop and push back the Russian armed forces, but also to be able to liberate occupied locations. Spain, for example, wants to deliver German-made battle tanks to Ukraine. The Union in the Bundestag warned the federal government against preventing Spain from doing so. "If Spain wants to deliver Leopard 2, the federal government must make it possible quickly," demanded the deputy CDU/CSU parliamentary group leader Johann Wadephul in the "Augsburger Allgemeine". "Germany abandons Ukraine every day that no heavy weapons arrive there."

The CDU foreign policy expert Roderich Kiesewetter made a similar statement in the "Süddeutsche Zeitung": "I expect that the federal government will issue the necessary export license quickly and as proactively as possible."

1 Ukraine: War. Live: A spike in cereal prices for the... 2 700 problem reports a day: railway workers draw a... 3 "Whoever unpacks has to sleep": high-security... 4 Material shortages in real estate: How to protect... 5 Shot dead in office: Dominican environment minister... 6 Bavaria: Another charge six years after a bridge collapse... 7 Bavaria: Two drivers die in an accident in Central... 8 Baden-Württemberg: Criticism of the proposal to tax... 9 Does Madrid want to deliver "Leopard 2"... 10 Schmelzer felt "uncomfortable": BVB legend... 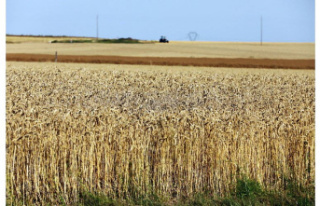 Ukraine: War. Live: A spike in cereal prices for the...