The night of the war at a glance: Ukraine criticizes death sentences by separatists - Zelenskyj for closer proximity to the EU

Ukrainian President Volodymyr Zelenskyy continues to see his country's situation in the war against the Russian aggressors as complicated. 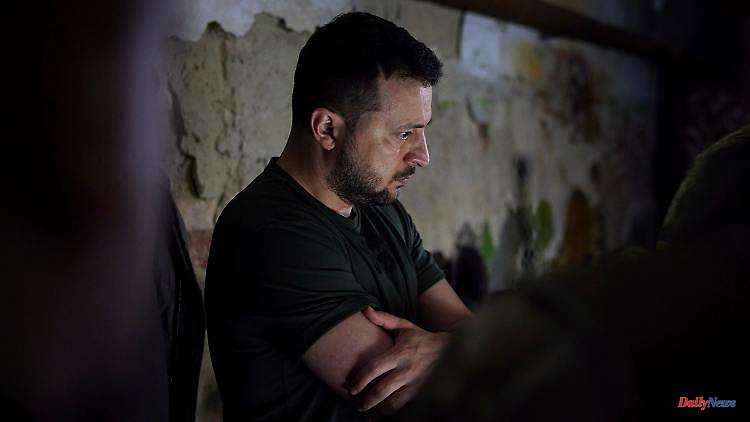 Ukrainian President Volodymyr Zelenskyy continues to see his country's situation in the war against the Russian aggressors as complicated. On the battlefield in the east of the country, the Ukrainian army is bravely braving the enemy, he said. Meanwhile, Kremlin boss Vladimir Putin in Moscow placed the armed conflict he had ordered against Ukraine on the same level as the Great Northern War under Tsar Peter I - and spoke of a return operation on Russian soil. Russia attacked Ukraine on February 24. For Kyiv, Friday is the 107th day of the war.

French President Emmanuel Macron has promised Ukraine that more heavy weapons will be supplied if necessary. On the other hand, it is still unclear when Germany will deliver the weapons recently promised to Ukraine, complained the ambassador in Berlin, Andriy Melnyk. Meanwhile, Kyiv criticized the death sentence of the Supreme Court of the separatist Donetsk People's Republic against three foreign fighters of the Ukrainian army.

Nothing new in the east

The situation at the front was "without any significant changes," Zelenskyj said in a video message on Thursday. The strategically important town of Sievarodonetsk and its neighboring city of Lysychansk, as well as other cities in the Donbass that Russian attackers currently consider key targets in the east of the country, could defend themselves effectively. He campaigned for further rapprochement between the EU and his country. "Most Europeans support the integration of Ukraine."

"Russians have more casualties than Ukrainians"

According to Ukrainian sources, Russian troops suffered significant losses in the battle for Sievjerodonetsk. "The Russians have significantly more casualties than the Ukrainians," said Luhansk governor Serhiy Hajdaj on Facebook. The ratio is "one to ten". He gave no information on Ukrainian losses. The Russian army has withdrawn the remains of units from the republic of Buryatia in Russia's Far East. "They die like flies," said Hajdaj. The information is not independently verifiable.

Situation at the front is difficult

According to Ukrainian Defense Minister Oleksiy Reznikov, the situation at the front is difficult. "Every day up to 100 of our soldiers are killed and up to 500 wounded," Reznikov wrote on Facebook. Russia suffers great losses. "But there are still forces advancing in some parts of the front," he said. Ukraine urgently needs heavy weapons. "We have proved that, unlike many others, we do not fear the Kremlin. But as a country, we cannot afford to lose our best sons and daughters." Presidential adviser Mykhailo Podoliak even spoke of 100 to 200 deaths a day.

French President Macron pledged to supply Ukraine with more heavy weapons if needed. In a phone call with Zelenskyy, Macron emphasized that his country was still on Ukraine's side, the Élysée Palace said. Macron asked Zelenskyy about needs in terms of military equipment, political and financial support, and humanitarian aid.

Ukraine has not yet received any information from Germany as to when the weapons recently promised by the federal government for defensive combat against Russia will be delivered. So far there is no clarity as to when the Mars multiple rocket launchers from Bundeswehr stocks will be handed over, said the ambassador to Germany, Andriy Melnyk, the "Tagesspiegel". "We expect the traffic light to quickly fulfill this promise because our troops need this weapon system most urgently to protect Ukrainian civilians from barbaric attacks by Russia."

Ukraine has sharply criticized a trial of three foreign fighters in its armed forces. The Supreme Court of the separatist Donetsk People's Republic had sentenced two Britons and a Moroccan to death as mercenaries. Foreign Ministry spokesman Oleh Nikolenko said that foreigners in the Ukrainian army are regular soldiers and should be treated as such. They had the rights of prisoners of war. The process put propaganda above law and morality. The three men can still appeal.

Because Belarus supports the Russian war of aggression, the Ukrainian capital Kyiv has terminated the city partnership with the Belarusian metropolis Minsk, which has existed since 1997, as Mayor Vitali Klitschko announced. The former boxing world champion emphasized that rockets were flying from Belarus to Ukrainian towns and villages, and Russian troops had also marched in from there.

Like Tsar Peter the Great, Putin wants to 'take back' Russian soil

Kremlin chief Vladimir Putin has placed the war he has ordered against Ukraine on the same level as the Great Northern War under Russia's Tsar Peter I and has spoken of a return campaign for Russian soil. Peter didn't conquer the area around today's metropolis of St. Petersburg from the Swedes, but rather won it back. "Apparently it's our lot too: to bring them back and strengthen them," Putin said, according to the Interfax agency, drawing parallels to the war against Ukraine. June 9th was the 350th birthday of Peter the Great, who was the first Russian tsar to call himself "Emperor". 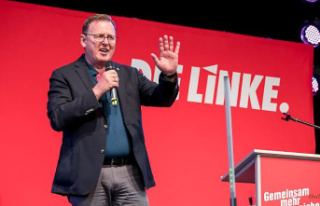