There is a lack of helicopters: Lambrecht is considering withdrawing the Bundeswehr from Mali

The announced French withdrawal from Mali opens a gap that is causing problems for the Bundeswehr. 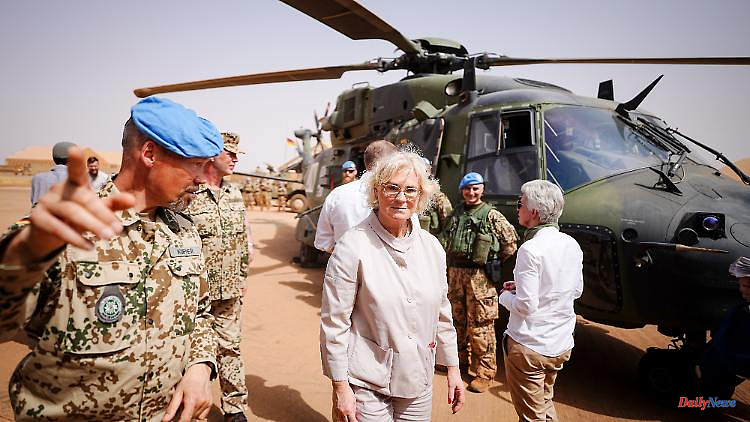 The announced French withdrawal from Mali opens a gap that is causing problems for the Bundeswehr. It's about materials. Defense Minister Lambrecht is looking for replacement helicopters from alliance partners - and at the same time has her ministry prepare the option to withdraw.

Federal Defense Minister Christine Lambrecht has not ruled out a withdrawal of the Bundeswehr from the UN mission in Mali if combat helicopters are no longer available to protect the mission. If the United Nations could no longer guarantee the "best possible protection" of German soldiers, withdrawal would be an option specified in the mission mandate, said the SPD politician in the Bundestag. In this case, she would "behave responsibly towards my soldiers".

Up to 1,400 Bundeswehr soldiers are involved in the UN mission in Mali. He is considered the most dangerous in the Bundeswehr. Although the Bundestag had extended the mandate for the MINUSMA mission by one year in May, a withdrawal clause was also agreed if local security can no longer be guaranteed.

The background is the announced withdrawal of France from the UN mission. As a result, combat helicopters in particular are missing from the mission. According to the federal government, the Netherlands has now also declined to replace the French in this area. According to Lambrecht, he has also spoken to Italy and Spain about replacement helicopters.

She announced that she would ask her French colleague again next week whether the withdrawal should actually take place in the summer as planned. However, the United Nations are responsible for finding a replacement, said the minister. Accordingly, the option of a possible withdrawal of the Bundeswehr has already been prepared in their ministry since the French withdrawal announcement.

1 Politics based on 1.5 degrees: How Germany can achieve... 2 War in Ukraine: Zelensky doubts victory, NATO predicts... 3 Expert Haertel on the EU and Ukraine: "The candidate... 4 More weapons from Germany: Rocket launcher training... 5 Two thirds of French workers have experienced a decline... 6 Granges-les-Beaumont. Drome: A fire that ravages a... 7 Operator speaks of attack: fire in Russian oil refinery... 8 After negotiations with Russia: Turkish freighter... 9 Drome. Valencia: Two minors are arrested following... 10 Because of the deportation flight to Rwanda: London... 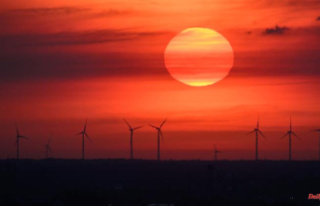 Politics based on 1.5 degrees: How Germany can achieve...