In view of rising prices, SPD leader Esken considers a return to the debt brake in 2023 to be unrealistic. 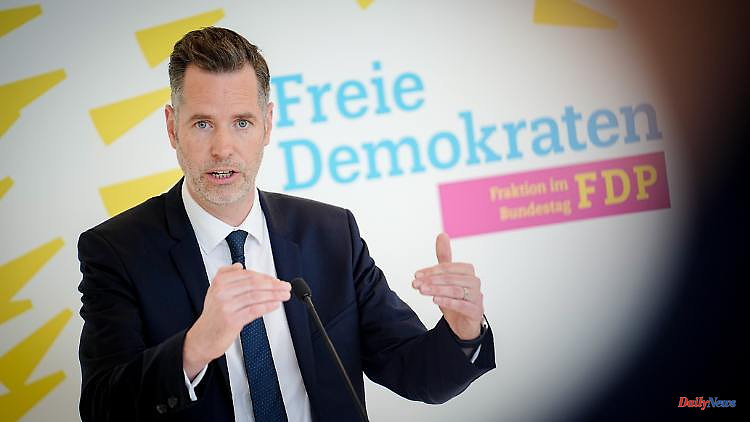 In view of rising prices, SPD leader Esken considers a return to the debt brake in 2023 to be unrealistic. This contradicts the plans of the FDP - the social democrat has received clear criticism from the parliamentary group of the Liberals.

However, further relief would have to be initiated, said Dürr. "Instead of 'left pocket, right pocket', however, we have to relieve the strain structurally. To do this, we should aim to reduce the cold progression and thus relieve the strain directly and permanently," he said.

Esken said on Sunday in ZDF's "summer interview" that given the burden on the population from rising prices, she did not think a return to the debt brake in the coming year was feasible. "I think we have to suspend the debt brake again," she said. In order to be able to finance this necessary financial relief for people with middle and low incomes, a stronger contribution from the wealthy will certainly be necessary. Income tax relief, on the other hand, is "not a way to broadly relieve the population, we have to find other ways".

Criticism of Esken's statements also came from FDP member of the Bundestag Frank Schäffler. "When Esken speaks out in favor of lifting the debt brake, she also speaks out indirectly for higher inflation, which hits low earners in particular," Schäffler wrote on Twitter. The FDP chairman and finance minister, Christian Lindner, recently also warned that new borrowing would increase inflation. "Economically, it is harmful during inflation to continue to drive up prices with government spending," Lindner told the daily newspaper "Welt" in June.

For the first time after three exceptional years due to the corona pandemic, the debt brake anchored in the Basic Law is to be observed again in the 2023 federal budget. This provides for only a small net borrowing.

1 Prepare for extreme weather: Medical association calls... 2 Onward transport in seven days: the gas turbine should... 3 Not only because of wind and sun: Renewable energies... 4 "Don't see any killers in the stadium":... 5 He wants to fill the cup with beer: penguin golfer... 6 First date of her world tour: Lady Gaga celebrates... 7 First grandchild is here: Bruce Springsteen is now... 8 Outfit change on the big day: J.Lo traveled to Vegas... 9 High-tech against rocket attacks: Can you protect... 10 Enjoy summer nights: planting and lighting tips for... 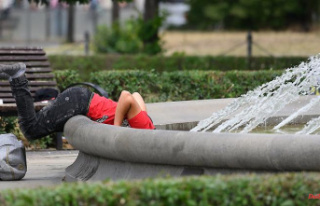