Time pressure for implementation: Abe assassin was afraid of lack of money

After the assassination attempt on Shinzo Abe, his killer is arrested at the scene of the crime. 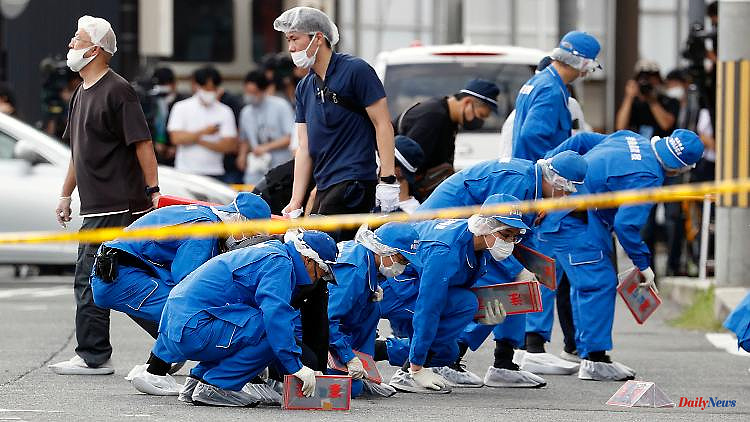 After the assassination attempt on Shinzo Abe, his killer is arrested at the scene of the crime. During the interrogations, he reveals his motives. Among other things, the former president's relations with the controversial Mus sect were a thorn in his side. There were financial reasons why he didn't wait any longer to attack.

The assassin of former Japanese Prime Minister Shinzo Abe claims to have been driven not only by hatred of a religious sect but also by fear of poverty. "I thought that the money would run out by the end of July and that the plan (for the assassination) could not be implemented," said the 41-year-old unemployed man under interrogation, as reported by the Japanese news agency Jiji, citing investigative circles.

In a letter to a critic of the controversial Unification Church, also known as the Mun sect, the man had indicated his intention to kill Abe before the attack, according to media reports. After his arrest, the assassin testified that he acted out of hatred for the cult that Abe supported in Japan. His mother donated horrendous sums to the organization, ruining it and disrupting the family. In the letter to the critic, he wrote that he was "bitter" toward Abe, whom he described as "one of the most influential Unification Church sympathizers," according to the media.

Last year, the ex-prime minister appeared in a video greeting at an event organized by the sect, which has called itself the "Family Federation for World Peace and Unification" since 1996. The assassin shot and killed Abe on July 8 during a campaign speech in the old imperial city of Nara on the street with a homemade gun from a few meters away. Two days later, Abe's ruling Liberal Democratic Party (LDP) won an expected landslide victory in the House of Lords election.

According to experts, the Mun sect has ties to the party stretching back to Abe's grandfather, former Prime Minister Nobusuke Kishi. According to these media reports, Abe's assassin is accused of having brought the sect to Japan. It was founded in 1954 by the late Korean San Myung Mun. Kishi and Mun shared their anti-communist stance, experts say.

1 "Next on the chopping block": MPs want to... 2 Mecklenburg-Western Pomerania: Meteorologists: On... 3 "Swiss model" instead of NATO: Schily: Ukraine... 4 Hatred and time pressure: Shinzo Abe's assassin... 5 Battle for Johnson successor: Tories vote out Tugendhat 6 Shock for BVB record purchase: tumor discovered in... 7 Thuringia: More financial aid for families due to... 8 Hesse: fire on household waste dump in southern Hesse:... 9 Hesse: A little more data theft at ATMs in Hesse 10 Hesse: Around 900 kilometers of state roads have been... 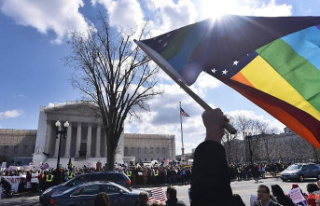 "Next on the chopping block": MPs want to...