Kari Lake goes into the midterms as the hope of the Trump camp. 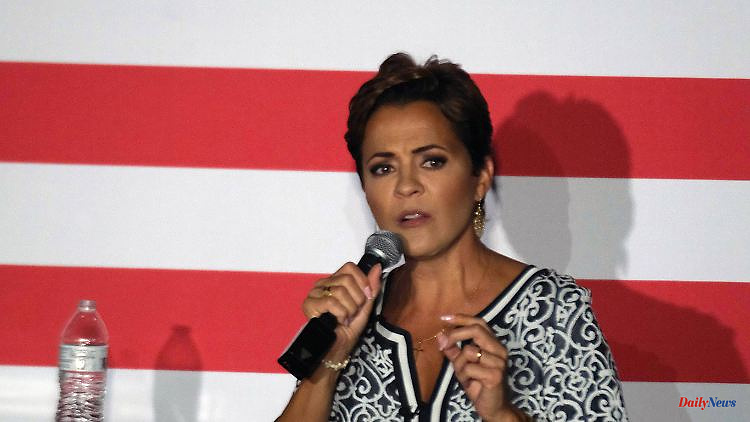 Kari Lake goes into the midterms as the hope of the Trump camp. But in the gubernatorial election in Arizona, she is narrowly defeated by her Democratic competitor. Now she is taking legal action against the organizers of the election.

Republican Kari Lake wants to challenge her defeat in the Arizona gubernatorial election. Lake filed lawsuits against several of those responsible for the election. The lawsuit alleges that "illegal ballots" were cast during the poll and that long lines prevented Republicans from voting.

Lake narrowly lost to Democrat Katie Hobbs in the early November election. The result was formally confirmed earlier this week. Former TV presenter Lake was endorsed by ex-President Donald Trump and is among those repeating his unsubstantiated claims that Joe Biden won the presidential election through massive fraud. During the election campaign, she left open whether she would accept her own result in the gubernatorial election. While the count was still going on, she claimed to have won, but when her defeat became apparent, she sowed doubts about the correct conduct of the elections.

To this day, she has not admitted her defeat. Before the election, Lake was seen as something of a shooting star among Republicans. It was expected that the 53-year-old would now legally defend himself against the result. Her lawsuit is also directed against election winner Hobbs, who has previously been responsible for conducting elections in the state government as Secretary of State.

"Kari Lake needs attention like a fish needs attention," local media quoted the Hobbs office as saying. The election was safe and fair. Arizona is one of the contested states in the US. The former Republican stronghold had recently changed more and more in favor of the Democrats.

1 37 percent protection: Daimler truck with a 16 percent... 2 Model S Plaid - 1:0 for Tesla: First drive in the... 3 "Warfare against God": Iran's judiciary... 4 "No structural problem": reservist chief... 5 New timetable, higher prices: Deutsche Bahn is putting... 6 Pessimism slows down investments: Germany's medium-sized... 7 Shock embarrassment as an opportunity?: This resounding... 8 Giving presents and films: Only a few people go to... 9 Djir-Sarai in an interview: "We have to ignite... 10 River polluted: US pipeline apparently loses two million... 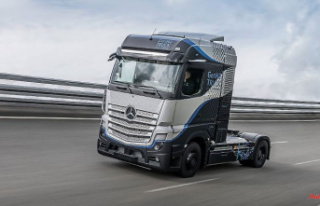