Argentina embarrassed themselves to the core against the Netherlands - and still made it into the World Cup semi-finals. 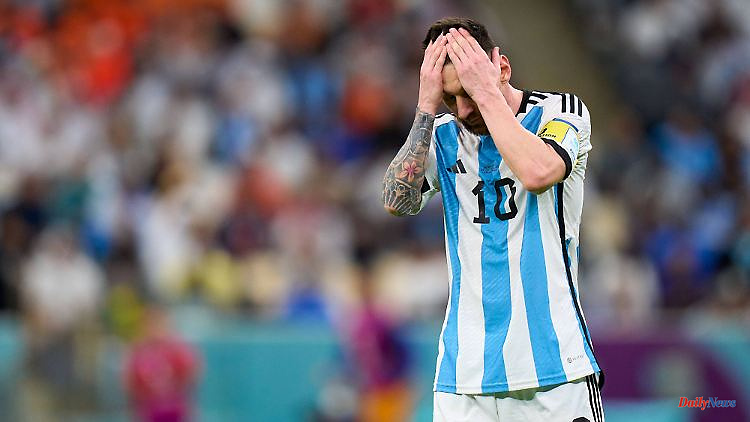 Argentina embarrassed themselves to the core against the Netherlands - and still made it into the World Cup semi-finals. Why Messi's team completely breaks up after so much genius remains inexplicable. It just must never happen again. And therein lies her last chance.

Even if it sounds paradoxical: when the racer in the blue and white jersey races onto the field, the world is still intact. At least the Argentinian one. Not that of the fans - because he is first beaten to the ground by several security people and then carried off the pitch wriggling on his hands and feet - and certainly not that of the Dutchman either. It's the 75th minute and Argentina leads 2-0 in the World Cup quarter-finals. Shortly thereafter, the madness took its course until the Albiceleste entered the World Cup semi-finals 4:3 in a wild penalty shootout.

But a few moments before the speedster, Lionel Messi extended the lead set by Nahuel Molina with a penalty. With his tenth World Cup goal, the playmaker draws level with striker legend Gabriel Batistuta and is Argentina's top scorer at World Cups. When there is a little pack formation in his team's penalty area, Messi doesn't care much. He is in the center circle. enjoy the moment his moment. The 35-year-old throws his arms up, asking the fans to cheer.

One of his followers takes this a little bit too seriously and runs onto the field. But no matter, Messi's world is more than intact. Everything looks like a clear victory and entry into the World Cup semi-finals, which arch-rivals Brazil just don't manage to do. The Argentine fans celebrate their team and themselves. But then comes the double shock. The madness begins.

The double Wout Weghorst causes the entire Argentine team and its stability to collapse within minutes. His header in the 83rd minute and his shot from a free-kick trick deep in injury time sent the Albiceleste briefly into the Valley of the Dead. An embarrassment, even if salvation comes at the end. Because a team that wants to become world champions must never give up such a game.

The Argentines dominate the duel until the goal, don't allow anything at the back, don't have many outstanding moves up front, but they have good moves. Everything under control. The goal to 1:2 is the first shot by Oranje, which really goes on the box of the Albiceleste. It's a half-field cross and a simple header. Easy to defend. And after conceding, there is another inexplicable slump in Messi's team. Like against Australia in the round of 16, when they almost conceded an equalizer in the last minute. In this case, against the Netherlands, this worst case scenario happens.

It always gets heated before and during extra time. When teams fight with all legal and illegal means. The Argentines' fuses burn out several times. Which must never happen when leading in the World Cup quarterfinals if you want to win the greatest title of all. For example, Leandro Paredes, who had just come on as a substitute, first tackled Nathan Aké in the 89th minute and then, after the foul whistle, hammered the ball out of sheer frustration from very close range and with full force onto the Dutch bench. One of many pack formations follows, Paredes gets away with luck with yellow.

Messi tries to calm down his team-mates, but even he can't stop the madness. After the Brazilian drama, the Albiceleste experiences its orange miracle. She collapses and threatens to gamble away everything. Where everything is calmly defended away up to the 83rd minute, chaos reigns shortly afterwards. Where just a few minutes ago everything looked like the next Messi miracle, now players and fans look aghast.

Because everything starts so well for the Albiceleste and her superstar. Half of the 1-0 already belongs to Messi. In the 34th minute it's another brilliant moment for the maestro in midfield. The ten draws breath with a heel-heel through his own legs, then pulls off one of his sprints out of nowhere, the ball incredibly close to his foot. A delay and opponent Aké briefly comes to nothing. This gives Messi the millisecond lead to precisely stage Molina, who is taking off, with a no-look plug-in pass - the eyes are highly focused only straight ahead. Finest centimeter work.

The full-back takes the ball with him and pushes it in flat to make it 1-0 and score his first international goal. Ecstasy in the stands and on the field. Messi jumps into the goalscorer's arms. The magician's stroke of genius is also a World Cup record: he is the only player to have provided five assists in the knockout stages of World Cup tournaments (the Brazilian legend follows with four assists).

But back to the disgrace. Later, after the 2:2, the game remains heated. The shocked Argentines' legs are heavy. It's getting quiet in Lusail Stadium. The giant staggers. He staggers alarmingly, the Dutch double slap sits. She also shakes Messi badly. But in the end the giant doesn't fall. And that is exactly the bottom line that the Argentines need to take away from this duel.

But in the end it remains a resounding slap in the face that leaves no lasting damage. And perhaps it can prevent serious injury, scarring, and trauma. After the collapse, the Albiceleste accepted and passed the challenge. Possibly this is the difficult, grueling knockout victory that many teams go through on their way to the title. Think of Germany's 2-1 overtime win against Algeria in 2014.

Argentina only survived the provocations of the Dutch on penalties. And then the pressure of being able to clear everything with the fifth shot from the spot. Ironically, Lautaro Martinez, the striker who hasn't scored anything at this World Cup, marks the final goal.

Play beautifully, Messi and Co. can do that, everyone knows that. But this time Argentina is fighting on. Stands up against all odds. Scratches, bites. Winning a game that ends up being disgusting gives you strength. That wakes you up. Just in time.

The Argentines may not present themselves so embarrassingly again in the semi-finals or in a possible final on the home stretch or after conceding a goal. Because that's not how you win a World Cup. But in the end it may be precisely this resounding, orange slap that crowns the magician Messi as king. 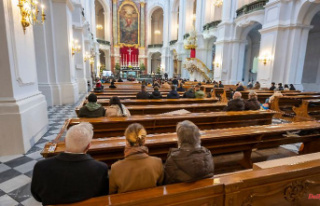 Giving presents and films: Only a few people go to...