Environmentalists fear one of the biggest catastrophes in recent years: In the US state of Kansas, a pipeline leaks, the oil initially flows out unhindered and ends up in a nearby river. 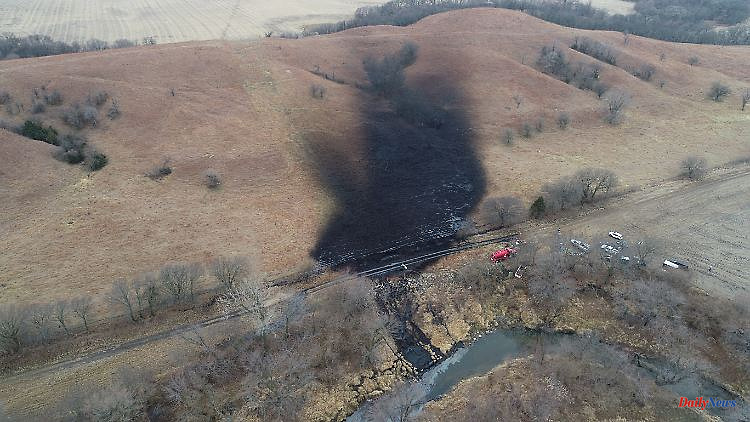 Environmentalists fear one of the biggest catastrophes in recent years: In the US state of Kansas, a pipeline leaks, the oil initially flows out unhindered and ends up in a nearby river. According to estimates, more than two million liters of crude oil end up in nature.

A leak in a pipeline in the United States apparently spilled more than two million liters of oil. The Canadian operator TC Energy said the oil leak from the Keystone pipeline in the US state of Kansas had been contained. According to activists, if estimates of up to 2.2 million liters of crude oil are spilled, it would be the largest such disaster in the United States since 2013.

The hole in the pipeline was discovered on Wednesday, and oil flowed into a river, among other things. TC Energy shut down the pipeline immediately. According to environmental protection agencies, the cause of the oil spill was under further investigation. In order to curb environmental pollution, among other things, an earth wall was heaped up in the affected river.

"People and equipment have been mobilized," TC Energy said on Thursday. The affected area was isolated and barriers set up to control the outflow, the company said. According to a report by "Bloomberg", TC Energy plans to put the pipeline back on line as early as Saturday after the leak has been repaired.

The pipeline transports crude oil from Canada to the US, where it is processed into fuel and other oil products. Oil companies and environmentalists have long argued about expanding the oil pipeline, known as the Keystone XL. US President Joe Biden canceled the expansion project soon after his inauguration in January 2021. 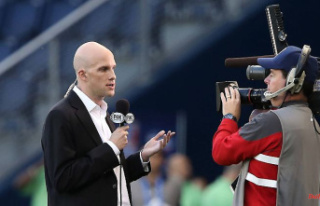 Collapse in the stands: US journalist Grant Wahl dies...