With the next derby bankruptcy, the false start to the season is perfect for Hertha BSC, who have almost been relegated. 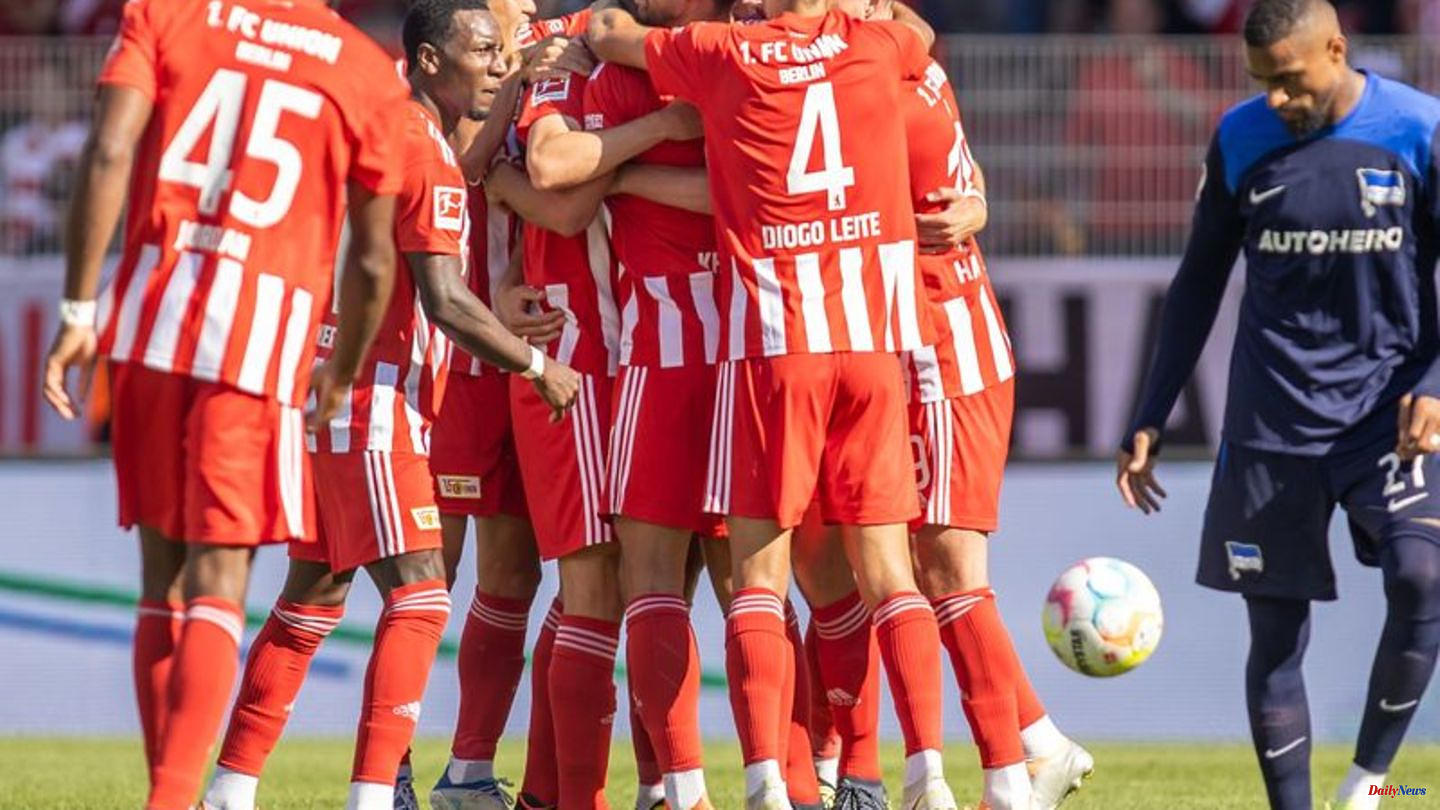 With the next derby bankruptcy, the false start to the season is perfect for Hertha BSC, who have almost been relegated.

A week after the cup knockout in Braunschweig, the Berliners also lost the Bundesliga opening game at city rivals 1. FC Union 1: 3 (0: 1) and thus conceded their fourth derby defeat in a row.

There was also a small disappointment for the former master coach Niko Kovac, who came to a happy 2: 2 (1: 2) against promoted Werder Bremen with VfL Wolfsburg.

Borussia Mönchengladbach also fought a 3-1 (1-1) win against TSG 1899 Hoffenheim thanks to a manpower of more than 70 minutes and thus ensured a victorious home premiere for coach Daniel Farke after the cup victory. SC Freiburg played furiously in the 4-0 (0-0) away game against FC Augsburg. The Breisgauers took second place behind champions FC Bayern, who had overtaken Europa League winners Eintracht Frankfurt 6-1 (5-0) the day before. VfL Bochum lost to FSV Mainz 05 1-2 (1-1).

Goals from Jordan Siebatcheu (32nd minute), Sheraldo Becker (50th) and Robin Knoche (54th) sealed the next bankruptcy of Hertha in the An der Alten Försterei stadium in Berlin-Köpenick, which only survived the relegation last season had done. This leaves a lot of work for the capitals, who had reorganized themselves with coach Sandro Schwarz and President Kay Bernstein. Dodi Lukebakio's goal (85') came too late.

There was a small setback for Kovac in Wolfsburg. After Luka Nmecha's lead (11'), Werder turned the game around within three minutes through Niclas Füllkrug (21') and Leonardo Bittencourt (23'). After Max Kruse got in late, Josuha Guilavogui equalized (84'). Kovac, who had won the double with FC Bayern and the cup with Frankfurt, had returned to the Bundesliga after his Monaco guest appearance.

In Gladbach, Stefan Posch was the focus again. The defender saw the yellow-red card after just 19 minutes. In December 2020, it was Posch who was spat on by Marcus Thuram in the 2-1 win, for which the Gladbach striker saw red at the time. Despite being outnumbered, Hoffenheim managed to take the lead through Robert Skov (25'), but Ramy Bensebaini with a remarkable overhead kick (42'), Thuram (71') and Nico Elvedi (78') turned the game around.

Returnee Kevin Stöger scored a dream goal against his former club in Bochum (39'). The Austrian, who had played in Mainz for the last two years, put the ball in the goal from a good 30 meters. Nevertheless, the guests won thanks to Karim Onisiwo's brace (26th and 77th).

Similar to Bochum, the new Freiburger Michael Gregoritsch scored against his ex-club in Augsburg. The striker, who has been playing for FCA since 2017 with a six-month break, headed the visitors ahead shortly after the break (46th). Vincenzo Grifo with a converted free kick (48th), returnees Matthias Ginter (61st) and Ritsu Doan (78th) made everything clear. As a result, the new Augsburg coach Enrico Maaßen thoroughly failed in his Bundesliga debut. 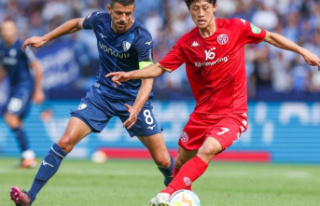