And again the superstar saves: Bale's gigantic power surprises all of Wales 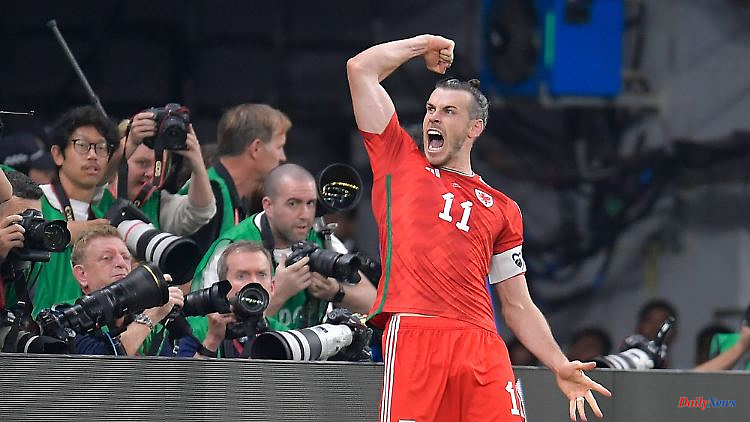 Gareth Bale was mighty proud. To his resilient dragons. On the first Welsh point after a 64-year World Cup break. And a little bit about themselves too. Thanks to the quality of their captain, the Welsh, who lost to the USA for a long time, can continue to dream.

When the Wales players formed a circle after the final whistle and stood arm in arm on the pitch, one in the middle swore they had to do the next task - of course it was Gareth Bale. "He's never let us down. It's all about Gareth Bale again," said coach Rob Page after the Dragons' 1-1 (0-1) draw against the USA in his team's first group game at the World Cup in Qatar . The 33-year-old captain Bale secured the point from the point.

The star striker equalized on Monday evening in the 82nd minute with a penalty he was responsible for, after Timothy Weah, the son of the legendary George Weah (by the way now president of his home country Liberia) had given the Americans the lead in front of 43,418 spectators (36th minute). ). He was "a million percent sure," said Page in an interview with ITV television that Bale met. "No doubts in my head" - Bale confirmed it.

His 41st international goal and the first Welsh World Cup goal since 1958 ensures that Wales can still dream of the round of 16 before the next games against Iran (25 November) and England (29 November). "For me personally, it was great to score the goal. But winning a point is much more important. I'm pretty happy, it couldn't have gone any better," said the ex-Real Madrid professional, who left the royal team after many decisive ones goals in grand finals ended in a bizarre clown show. And finally he praised his teammates: "The boys fought like lions."

The fact that Bale had recently helped his club Los Angeles FC win the United States Championship - rescuing his team into extra time eight minutes into extra time - and now scoring against the American selection was another special touch to the attacker's success story. And that he even managed the more than 100 minutes at the start of the tournament is remarkable. He had only started twice for his Los Angeles FC since July, never lasting 90 minutes. Ahead of the tournament, the whole country had been puzzling over the superstar's form. The five-time Champions League winner also surprised his coach with his gigantic energy performance. "After 75 minutes I asked if he could still play and he said yes," Page said.

That gave the Welsh and their fans every reason to celebrate when they returned to the World Cup. Although they were in the 2016 European Championship semi-finals, they last played a World Cup tournament in 1958 when they lost in the quarter-finals to eventual title winners Brazil. "It's been 64 years but it was worth the wait. Seeing the Rote Wand celebrate was incredible," Page said, looking at the fans. The next challenge awaits with the Iranian selection on Friday - and on Tuesday the Welsh team face England in the big game.

The story of the game on Monday evening is quickly told. The US boys were superior from the start, but failed to convert their superiority into goals. And so it happened in the final phase as it had to happen. Foul on Gareth Bale, Penalty Gareth Bale. Goal Gareth Bale. Hero Gareth Bale. Who else could have saved the Dragons' World Cup comeback after 64 years? "We'll show character in the games to come," Bale promised before dragging himself onto the team bus well past midnight, plagued by cramps. "One thing I know about this team is that they never give up." And he doesn't anyway. 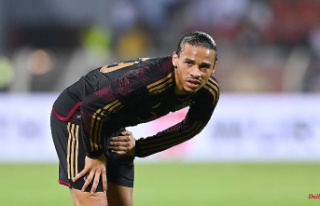 Flick has to reschedule the starting eleven: Bayern...