With the two featherweight and middleweight champions dominantly defending their titles, the big upset at UFC 276 is outside the cage. 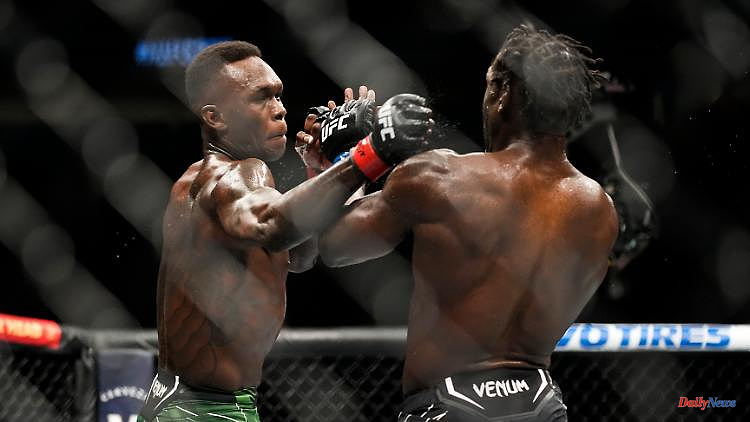 With the two featherweight and middleweight champions dominantly defending their titles, the big upset at UFC 276 is outside the cage. Israel Adesanya delivers another iconic run-in at the MMA event.

The 32-year-old Adesanya (22 wins - 1 loss) has opened his bouts with dance routines in the past, and in his fifth title defense he performed the undertaker. When walking to the octagon, Adesanya carried an urn engraved with "Jared" and a black hat pulled low over his face - a reference to the wrestling icon "Undertaker", whose music also played in the background.

The performance in the cage was then just as well orchestrated as the run-in. In the fight with Cannonier (15 -5), the champion clearly dictated the action in the first round and showed his outstanding sense of distance. Adesanya was always successful with both leg kicks and jabs, the Nigerian dodged the challenger's punches with his usual nonchalance. Cannonier's otherwise surprising explosiveness fizzled out.

After Cannonier couldn't get into the fight in round two either, the 38-year-old was able to land good hits for the first time in round three. Above all, the decision to always go into the clinch with Adesanya should pay off in this round. The champion's jab, however, remained an outstanding weapon that repeatedly surprised the challenger.

Adesanya also had the better hits in rounds four and five. His defense in the clinch also improved, Cannonier lacked the means to apply the pressure. The referees decided unanimously in favor of the champion.

The third clash between Alexander Volkanovski (24-1) and Max Holloway (23-6) in the featherweight division once again lived up to the high expectations. The Australian Volkanovski was not able to win the first two title fights unequivocally, the trilogy became the champion's tactical masterpiece in a duel between two outstanding boxers.

Holloway dictated the pace on lap one, driving his opponent in front of him, while champion Volkanovski landed the heavier hits with straights. After the first five minutes the challenger was already struggling with a small cut under his right eye, in round two the Australian landed a swing on Holloway's left eyebrow - this hit left a deep gash.

In lap three, the Australian's speed advantages paid off again. Holloway threw in powered kicks into his attacks, but kept getting countered by Volkanovski. With a cracked knee, Holloway was able to land a first strong impact hit. However, the now almost split and bleeding eyebrow severely impaired the American's vision.

The picture did not change in the last two rounds either. Volkanovksi landed more hits than his opponent and for the third time both fighters went the full distance of five rounds. By unanimous decision of the referees, the featherweight title remained with the star from Down Under. "I want to stay active," Volkanovski announced after the fight. The 33-year-old now wants to fight for the title one weight class higher. "I want double champion status," said the Australian, who also challenged Charles Oliveira, the top contender for the lightweight title.

The main fights kicked off with the bantamweight fight between veteran Pedro Munhoz (19-7) and Sean "Sugar Show" O'Malley (15-1). For the aspiring and extrovert O'Malley, the Brazilian was the first opponent from the top 10 in the weight class. Accordingly, both fighters acted cautiously in the first round. A mix of jabs and leg kicks developed without either fighter being able to really hit the opponent.

In round two, both maintained their low-key fighting styles before Munhoz caught O'Malley's fingers after a straight. Munhoz turned away and was given a short break by the referee to recover. The ringside doctor then checked the Brazilian's vision, who admitted he couldn't see out of his right eye. After this answer, Herzog and the doctor duly stopped the fight as Munhoz cannot continue fighting. The blow was counted as an unintentional foul, so the fight goes into the fighters' statistics without a score.

The first main card knockout was delivered by Bryan Barberena over former Welterweight Champion Robbie Lawler by a standing TKO in the second round. The fight was all standing, with a strong Barberena dishing out well over 100 punches in the first round. The end came in round two when multiple elbow strikes staggered Lawler. This is surely the biggest win of Barberena's career.

In the middleweight duel between the American Sean Strickland (25-3) and the Brazilian Alex Pereira (5-1) it should be decided who should fight for the weight class belt next. Pereira, who only switched to MMA 24 months ago, made short work of it in the first round. At 2:36, a left hook from the former kickboxing champion landed on Strickland's jaw, Pereira followed up with two clean punches at the stumbling American before the referee stopped the fight.

For Pereira, it could now be a duel with champion Adesanya - a kind of reunion of a special kind. As a kickboxer, "Undertaker" Adesanya was the only time in his professional career that he was knocked out against Pereira. gone. 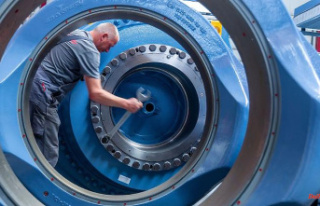