Successful coach Jürgen Wagner, who led the Brink/Reckermann and Ludwig/Walkenhorst duos to the Olympic summit in 2012 and 2016, quit his job at the German Volleyball Association and sharply criticized his former employer. 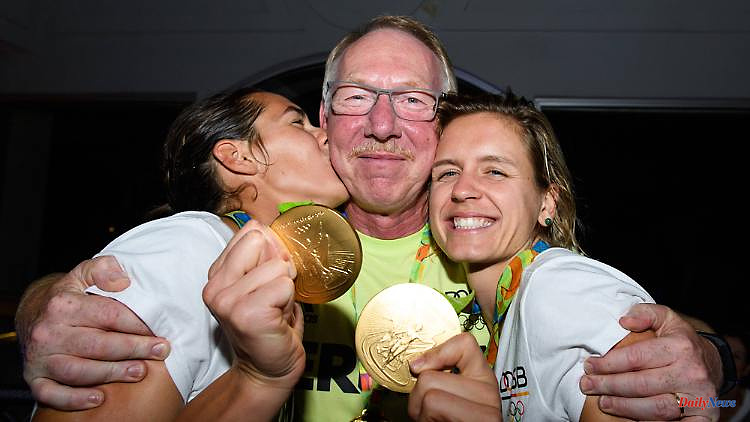 Successful coach Jürgen Wagner, who led the Brink/Reckermann and Ludwig/Walkenhorst duos to the Olympic summit in 2012 and 2016, quit his job at the German Volleyball Association and sharply criticized his former employer. The image damage for the successful beach volleyball players is enormous.

Jürgen Wagner is Westphalian. A man who carefully weighs what he has to say before saying it eloquently. A personality with this self-image and this résumé is not easily disturbed. But during the European Beach Volleyball Championships, which ended on Sunday, Wagner, who led the duo Julius Brink and Jonas Reckermann to the Olympic summit in 2012 and four years later Laura Ludwig and Kira Walkenhorst, sat on a bench next to the players' area on Munich's Königsplatz and wrestled the right words.

The 66-year-old successful coach found it difficult to talk about what was weighing on his soul. Wagner no longer wants to work for the German Volleyball Association (DVV), which hired him as a figurehead two years ago. As Head of Beach, he was supposed to fill a position specially set up for him at the Hamburg federal base with life. For beach volleyball in Germany, Wagner's exit is "a loss of quality that cannot be quantified," says Brink, who now accompanies his sport as an expert for various media.

In a statement that was distributed on the volleyball.de portal, Wagner talks about a decision that he had struggled with for a long time: "In the last few months, I have become more and more convinced that support for the high-performance area of ​​beach volleyball is not is the focus of the DVV." The stumbling block was the disempowerment of sports director Niclas Hildebrand, who was released by his employer after internal disputes.

Wagner and Hildebrand defined themselves as a team that was closely interlinked in the conceptual area. Now, according to Wagner's conviction, he sees no possibility of realizing high goals. "From my point of view, Niclas did an excellent job, the separation is incomprehensible and a clear weakening of our sport."

The sand department of German volleyball, so spoiled by success in the past, is in ruins. Svenja Müller and Cinja Tillmann were celebrated two months ago when they dredged bronze at the World Championships in Rome. At the continental summit meeting in Munich, the nine teams entered by the hosts smashed far short of a medal. For what is by far the most successful beach volleyball nation in Europe, this means a disastrous record.

It is hypothetical, but nevertheless obvious, to bring the sobering performance into a causal connection with the desolate state of an umbrella organization that is currently dismantling itself according to all the rules of art. At least Wagner did that. As for the timing of Hildebrand's resignation, he gives his now-former employer a disastrous testimonial. "The DVV chose the timing of Niclas's leave of absence very clumsily. It's not possible to do that between the World Cup and the European Championship. Players discuss it and lose their focus." Specifically, Wagner's general settlement means association president René Hecht and Julia Frauendorf, who, as full-time board members, are responsible for ensuring that the sporting processes run smoothly.

Instead, there is a lot of sand in the gears of the beach volleyball players because the power structure has been smashed. Wagner complains that it would be counterproductive to redistribute the work of the sports director between Julia Frauendorf, Wagner himself and the national coaches, while the man who should actually have the strategic authority to set guidelines sits at home with full salary, twiddles his thumbs and calculates that how much his severance pay could be. Instead of joining forces, coaches, athletes and officials wear each other down in trench warfare and split into alliances that fight each other.

The external impact left behind by Wagner's resignation is devastating, the image damage could hardly be greater. He left it open whether and in what form Jürgen Wagner would remain in the sport to which he had given so much. In the past, the great German successes were always generated when athletes, trainers, doctors, physiotherapists, psychologists and the rest of the environment chose a so-called isolated solution and set themselves up. Largely independent of an association whose marketing agency has gone broke and which has once again proved incompetent.

Doing your own thing could also be the way out this time, after all, Olympic champion Laura Ludwig recently teamed up with the former best indoor player Louisa Lippmann to take her to the Olympic Games in Paris after her baby break ended. In such a constellation, the strategist Wagner, who knows both athletes very well, could definitely take on a leading role.

1 "Grateful and overwhelmed": Daniel Aminati... 2 Hesse: Disturbance at Frankfurt Central Station due... 3 North Rhine-Westphalia: Driver rams police motorcycle:... 4 This will take revenge: The plan for the Corona autumn... 5 The day of the war at a glance: dead in attack on... 6 Mecklenburg-Western Pomerania: the driver comes off... 7 Mecklenburg-Western Pomerania: cyclist crashes into... 8 Farfetch stock bullish: Wall Street stabilizes after... 9 Arms deliveries only solution: Baerbock sees no point... 10 Fireball after explosion: Berlin high-rise roof is... 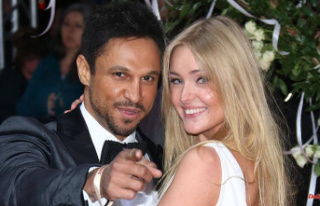