Curious cabin red for Pique: Lewandowski flies and pimps with an arrogant gesture

Only after world footballer Robert Lewandowski was sent off did FC Barcelona avoid their second defeat of the season at CA Osasuna with a lot of effort and consolidate their lead in the table. 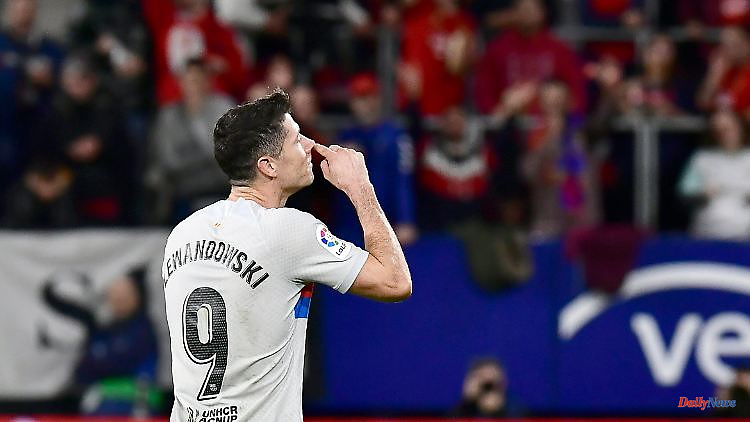 Only after world footballer Robert Lewandowski was sent off did FC Barcelona avoid their second defeat of the season at CA Osasuna with a lot of effort and consolidate their lead in the table. The star striker causes a stir with a bizarre exit.

FC Barcelona won with difficulty - and Robert Lewandowski is once again the man everyone is talking about. The honor of the match winner belongs to someone else entirely. Substitute Raphina saves the Catalans' late win at CA Osasuna. In the 85th minute he made it 2-1 and finally turned the game around. The hosts took the lead in the sixth minute through David Garcia, and Barça's super talent Pedri equalized after 48 minutes.

At this point, the heated situation in this turbulent La Liga clash had just calmed down a bit. When the game was restarted, the Catalans had already seen red twice. A few minutes after going behind, striker Lewandowski saw the yellow card for a jersey pluck (11th), after a good half hour (31st) the 34-year-old finally had to leave the field. The Pole jumped into an opponent and probably hit his head with his elbow - yellow-red for Lewandowski.

The forward didn't agree with the decision at all. He complains to the referee. The intervention of his teammates doesn't help either: the decision is made, Lewandowski has to go down. He keeps shaking his head as he leaves, rubbing a finger under his nose and pointing at the referee. What does he mean by that? Allegations of arrogance against Jesús Gil Manzano? Coach Xavi argued: "The decision against Lewandowski was tough in my opinion, but my opinion doesn't count. The referee decides, we can't do anything. The referee doesn't speak (publicly) and doesn't explain himself. They should explain their decisions. "

Incidentally, it was only the second dismissal for Lewandowski since the beginning of his professional career. He conceded his first on February 9, 2013 in the Westfalenstadion while still wearing a Borussia Dortmund shirt. At that time he saw red in the home clap of the Black and Yellows against HSV (1: 4) after a foul on Per Skjelbred.

Well, the scenes around Lewandowski were the one big excitement. A second followed. On the way to half-time, substitute Gerard Piqué, who had actually resigned at the weekend and was surprisingly nominated again, quarreled with the referee in his very last game for FC Barcelona because of the goal conceded - obviously with the wrong choice of words: Der 35-year-old got the red card. "It was the result of the heated mood at the moment, we were disadvantaged again and not only Gerard reacted like that, we all did," scolded Xavi, who actually wanted to bring the legend back.

The Catalans with goalkeeper Marc-André ter Stegen now lead the Primera Divison table with 37 points. That puts them five points ahead of arch-rivals Real Madrid, who host FC Cadiz on Thursday. 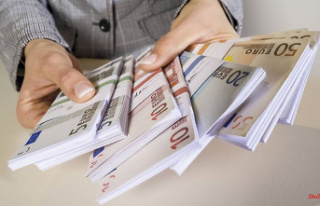