Draw in the top game against Sweden: defending champions Netherlands save the start of the European Championship 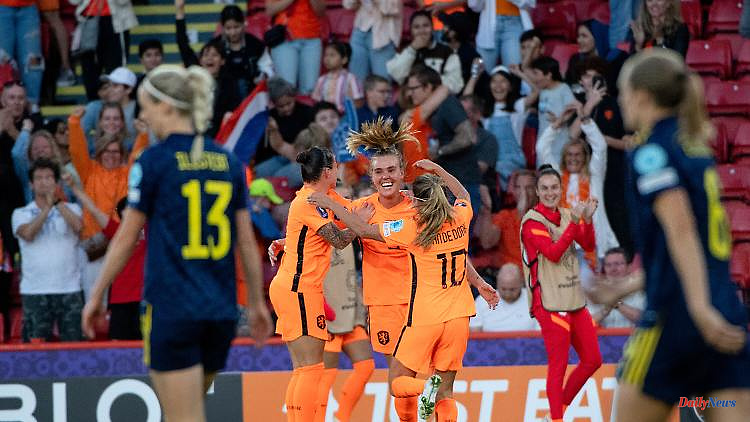 Olympic runners-up vs. defending champions: Sweden vs. the Netherlands is the biggest game the preliminary round of the European Championships has to offer. The duel often keeps what it promises, in the end there is a draw, which is rather flattering for the European champion.

Defending champions Netherlands started the women's European Football Championship with a draw. Thanks to the Wolfsburg Bundesliga player Jill Roord, the European champions came to a 1-1 (0-1) against Sweden in Sheffield in what is probably the highest-quality duel that the preliminary round has to offer. The midfielder scored the equalizer in the 52nd minute to salvage a point for the Netherlands against the silver medalists of the Tokyo 2021 Olympic Games in their Group C opener. In front of around 21,300 spectators, Jonna Andersson (36) gave the Scandinavians the lead brought.

After Sweden was clearly the better team in the first half, both teams underlined their status as co-favorites for the title in the second half. The Netherlands around superstar Vivianne Miedema came into play much better, especially offensively, the quick equalizer by Roord from Wolfsburg was the deserved reward.

The defending champion had to accept the first setback after 22 minutes: During a defensive action, three players from "Vrouwenelftal" crashed into each other and had to be treated - Lynn Wilms and Stefanie van der Gragt were able to continue playing, for goalkeeper and captain Sari van Veenendaal the game was over however, ended a few minutes after the collision.

Daphne van Domselaar then moved between the posts, the 22-year-old only completed her second international match. She was powerless to concede a goal shortly after coming on as a substitute, but she later made some strong saves and ultimately saved her team a point after a game with many chances at both ends.

Switzerland had previously given up a possible win against Portugal. After early goals from Coumba Sow and (2nd) and Rahel Kiwic (5th), the Swiss were already leading 2-0 in Leigh, but had to settle for a 2-2 (2-0) lead in the end. Diana Gomes (58') and Jessica Silva (65') scored to give Portugal a point. 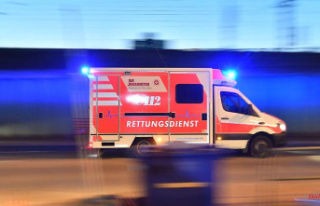 Football/Women's Euro. There was no winner in...