Duel of the tennis giants: Nadal beats Djokovic at the French Open

After 4:12 hours of play, the battle of the top tennis stars is decided: Rafael Nadal converts his fourth match point against Novak Djokovic and is thus in the semifinals of the French Open. 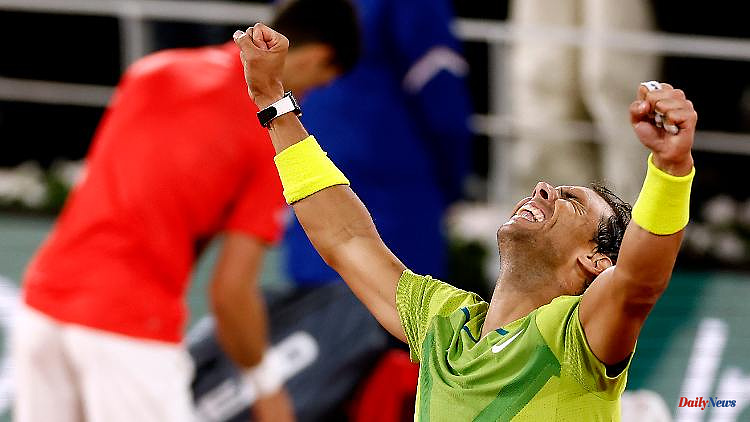 After 4:12 hours of play, the battle of the top tennis stars is decided: Rafael Nadal converts his fourth match point against Novak Djokovic and is thus in the semifinals of the French Open. His opponent pays him respect.

Grand Slam record winner Rafael Nadal won the duel of tennis top stars against Novak Djokovic after a great fight and is only two wins away from his 14th title win at the French Open. The Spaniard ended the quarter-final game in Paris at 1:15 a.m. with his fourth match point against the world number one and defending champion with 6: 2, 4: 6, 6: 2, 7: 6 (7: 4) and scored in the semifinals on Friday on the German number one Alexander Zverev.

"It's very emotional for me," said Nadal after the 4:12 hour struggle: "Novak is one of the best players in history and you have to play him at the best level from the first to the last point." Djokovic emphasized that Nadal is a great champion: "I gave everything and lost to a better player today."

Nadal initially set the tone in the eagerly awaited match and repeatedly shone with spectacular passing balls. Djokovic then came up, but defended himself in vain and the Spaniard Nadal shortened the 59th game of the two permanent rivals to 29:30 wins. He got revenge for last year's semi-final defeat and made it to the last four at Roland Garros for the 15th time.

The 35-year-old Mallorquin thus has the opportunity to extend his lead in the number of major wins. Since triumphing at the Australian Open, he has 21 Grand Slam titles, Djokovic and Swiss Roger Federer have 20 to show for themselves. Djokovic's big goal is to make history as a professional with the most major wins. The defeat on the Court Philippe Chatrier in front of an atmospheric audience is correspondingly heavy for the 35-year-old from Belgrade. 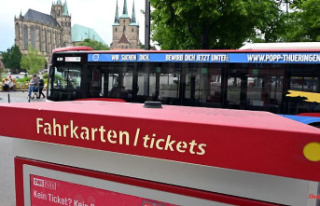