Now the last group has started in the European Championship. 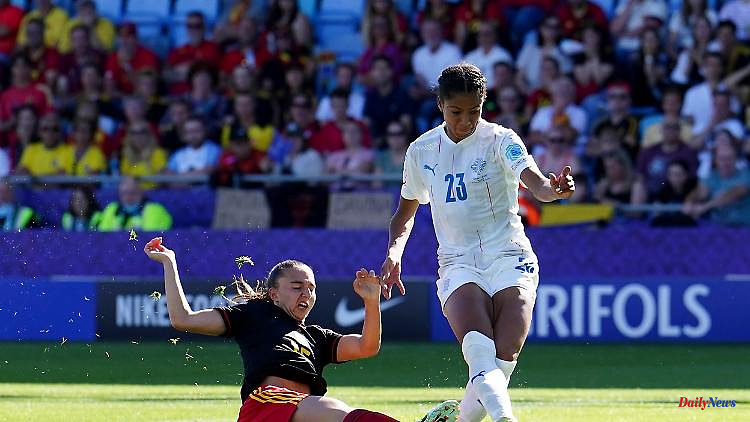 Now the last group has started in the European Championship. Belgium and Iceland draw in Manchester City's training stadium. Wolfsburg's Sveindis Jonsdottir convinces, but cannot lead her team to victory. It's going to be very tight for both nations.

Draw at the start of Group D at the European Football Championship in England. In the Manchester City Academy Stadium, Belgium and Iceland separated 1: 1 (0: 0). After a goalless first half, 30-year-old Berglind Thorvaldsdottir gave the team from Europe's far north the lead with a close-range header in the 50th minute. In the first half she was saved from the penalty spot with a weak shot into the left corner by Belgian goalkeeper Nicky Evrad.

With the lead, the Icelanders only gained control of the game for a short time and had to accept the equalizer in the 67th minute. Justine Vanhaevermaet stayed cold from the penalty spot after referee Tess Olofsson awarded a penalty following a clumsy challenge from Gunnhildur Jonsdottir.

The Bundesliga was well represented at the start of Group D. Glodis Viggosdottir, Karolina Vilhjalmsdottir (both Bayern Munich) and Sveindis Jonsdottir (VfL Wolfsburg) started for Iceland, while Tine De Caigny from Bundesliga club TSG Hoffenheim was in the Belgian starting XI. The young Jonsdottir was able to set some accents, but her best chance in the 48th minute was denied by the Belgian goalkeeper. Substitute Frankfurt Alexandra Johannsdottir missed the great chance to make it 2-1 for Iceland in added time. She nodded the ball wide of the goal from a short distance, it remained a draw.

"We know that in our group we can best beat the Icelandic women," said Belgium coach Ives Serneels before the game. With Italy and the title favorites from France, two chunks are still waiting for both nations. Both Iceland and Belgium, who are participating in a European Championship for the second time, will probably need a miracle to make it from the group stage to the knockout stages of the European Championship. 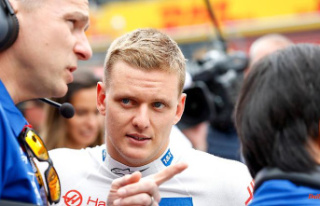