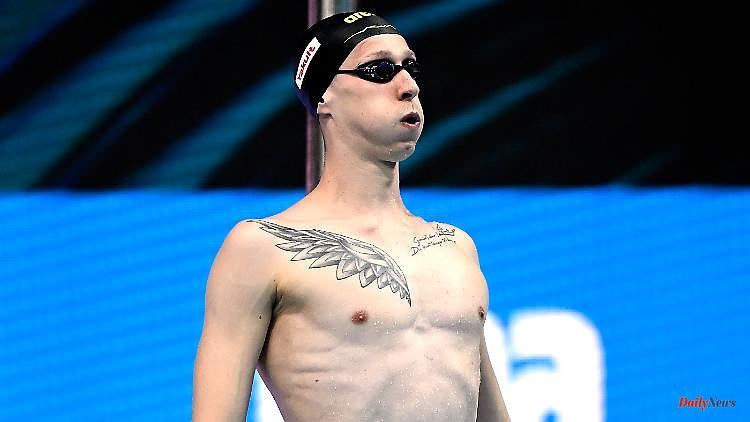 The German open water relay wins gold at the swimming world championships in Hungary. The race, in which Florian Wellbrock's team defends its title, offers a great deal of drama. Four squadrons are taken out of the water prematurely. In the end, two medals will be decided by photo finish.

The German 4x1.5 kilometer relay won the gold medal in a sometimes chaotic open water race at the swimming world championships in Hungary. The quartet with Lea Boy, Oliver Klemet, Leonie Beck and Florian Wellbrock hit the Lupa Lake after 1:04:40.5 hours. In the battle for silver and bronze, there was a photo finish between Hungary and Italy. It was Wellbrock's third World Championship medal and his second in 18 hours. He had previously won silver in the 800-meter freestyle and bronze in the 1500-meter freestyle at the pool competitions that ended on Saturday.

"We're very, very happy with it," Wellbrock said. "We knew that we were in a very good position. But nevertheless: You couldn't count on a medal, a gold one, in advance. Hungary, France and Italy are too strong for that." The 24-year-old added: "We did a great job and we're enjoying the award ceremony right away."

Boy started the race as the starting swimmer. The 22-year-old handed over to Klemet in sixth place, around two minutes behind the leaders. Klemet swam strong and then benefited from mistakes made by the competition. The teams from Greece, South Korea, South Africa and Spain, which were swimming in front at the time, were disqualified shortly after the first change. Apparently they had taken the wrong route and were taken out of the water prematurely.

Klemet took the lead. Beck had a difficult time and had to defend himself against three strong swimmers from Hungary, Italy and France. When Wellbrock took over as final swimmer, he was fourth, but had contact with the top trio and finally swam to the world title. At the past World Championships in South Korea, the German team with Boy, Sarah Köhler (now Wellbrock), Sören Meißner and Rob Muffels also won gold. 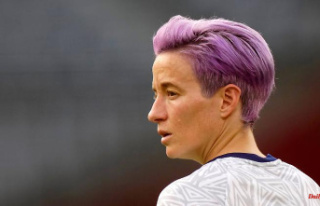