Cristiano Ronaldo has so far experienced a World Cup that is not going to his liking at all. 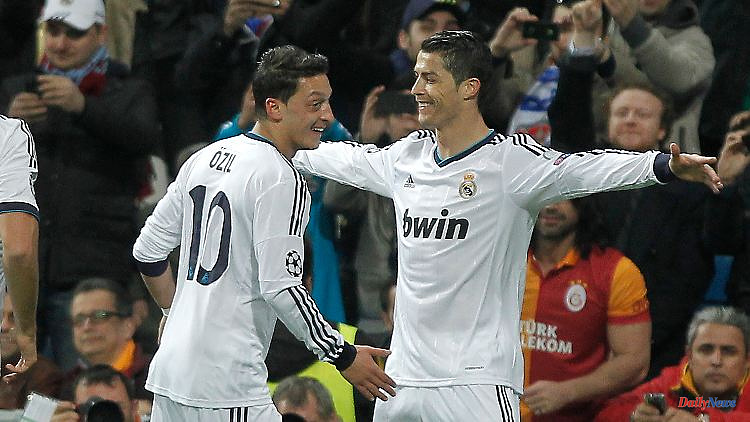 Cristiano Ronaldo has so far experienced a World Cup that is not going to his liking at all. The superstar loses value for his national team and has to put up with heavy criticism. Now he is getting encouragement from the team - and from a DFB icon who knows this situation.

Ex-national player Mesut Özil has demanded that his former team-mate Cristiano Ronaldo be treated with respect. "I really don't understand where this constant negativity from the press about Cristiano comes from," Ozil wrote on Twitter about the Portuguese national team's superstar. "He's going to be 38 soon - so is it any wonder he's not scoring 50 goals a season? Any football fan out there should be glad they've been able to watch 20 years of world-class football."

Ronaldo was not in the starting XI in the round of 16 at the World Cup in Qatar for the first time in a major tournament since the 2008 European Championship. The two attacking forces played together for Real Madrid from 2010 to 2013 and got along very well. Ronaldo once raved about Özil to the "kicker": "Mesut made me better. If you have great players around you, you also play better."

"The media is just trying to get clicks and pundits who are out of career just want to get attention with his big name and try to make him look bad," wrote Özil, who won the 2014 World Cup with Germany. Four years later, Özil saw himself exposed to great criticism for a photo with the Turkish head of state Recep Tayyip Erdogan. He then announced his resignation from the DFB team.

"Everyone should have more respect for one of the greatest athletes in sports history," Özil continued. "I don't think anyone from the new generation will be able to match his numbers again. He will stay in his own category forever." National coach Fernando Santos also stands in front of his captain, who has caused so much trouble in the past few days. "Leave him alone, he doesn't deserve that after everything he's done for Portuguese football," said the 68-year-old, referring to reports on Ronaldo's alleged departure threat.

"He never told me he was going to leave the team," Santos said after the federation denied the rumors on Thursday. "We have to stop with this polemic," he demanded before the World Cup quarter-finals against Morocco on Saturday (4 p.m. / ZDF, Magenta TV and in the live ticker on ntv.de). Santos left open whether CR7 will return to the starting XI. According to his own statements, he informed the superstar of his decision at noon on the day of the game. "Of course I explained everything to him. Cristiano wasn't happy," said the coach.

At the same time, attacking player João Félix, who excites at the World Cup, does not believe that performances would be better without the legend. "Cristiano has skills that other players don't have and vice versa," said the 23-year-old. "Whether the team plays better or worse doesn't depend on whether Ronaldo plays." Apparently, the superstar is no longer the focus of the game. Felix also admitted that he felt no obligation to always pass the ball to the 37-year-old captain in the game. "We always try to pass the ball to the free player who is the best option at the moment," said the Atlético Madrid player. The team always follows the same strategy, regardless of who is playing. 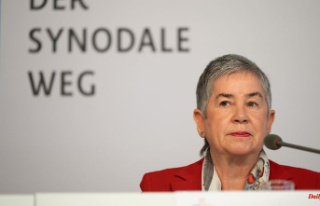