Musiala enchants FC Bayern: The explosive problem with and for Leroy Sané

Leroy Sané is once again fighting for his role at FC Bayern and in the DFB team. 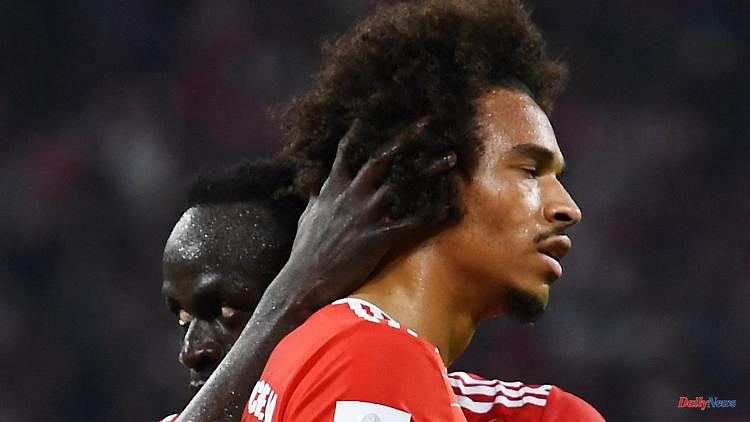 Leroy Sané is once again fighting for his role at FC Bayern and in the DFB team. A super talent from Munich is the greatest danger for the 26-year-old. In the Munich offensive hierarchy, the left winger should have fallen back to sixth place.

The last impression counts. Maybe Leroy Sané knows that too. At the very least, he did everything he could to promote himself with the best last impression. Which, by the way, is urgently needed. In the Supercup at RB Leipzig (5: 3) he made his way to the opposing goal in injury time - and scored. He fumbled a defender and the goalkeeper from Leipzig. Two elegant movements against the frustration at Bayern. Because there the 26-year-old only plays a supporting role at the beginning of the new season.

Sure, the Supercup is the Supercup. A title that you are very happy to take with you, but not necessarily the game of the season that decides weal and woe. Neither the club nor the individual footballers. But last Saturday was an evening that will give Sané food for thought. Because he showed the national player once again how difficult it will be for him to play a key role in the record champions. There are several reasons for this. Its shape and attitude are two of them. He can influence them. The shape of its competitors, however, is not. And that's impressive. Especially those of Jamal Musiala.

The 19-year-old pushed his way into the team vehemently last season. Coach Julian Nagelsmann used him regularly, but he was far from having the status of indispensable. That should change very soon. Namely when Musiala continues to play like he did against Leipzig. The first 45 minutes were a Bayern gala because it was a Musiala gala. He was involved in all three goals (3-0 at break). He made it 1-0 himself with light-footed movements and a precise finish, and he played a key role in initiating the other two goals. In this form, Nagelsmann also admitted, the 19-year-old was "unimaginable without it, it was world class". "A feast for the eyes," said sporting director Hasan Salihamidžić. Even superstar Sadio Mané went into raptures: "What a player!"

Great things could actually grow in Munich. Faster than expected. Because the departure of Robert Lewandowski was identified as a problem. Possibly less internally than externally. But the coach's plan with a busy offensive series worked impressively, at least on Saturday. Because Mané also showed what is expected of him: dynamism, assertiveness and final strength. Third man in this successful alliance: Serge Gnabry. Its form was also rather fickle recently. Against RB he once again played with the belief that he was a key player in the team. Thomas Müller is also undisputed.

"It can be a problem, especially in a World Cup year, when there are too many top players in the squad who want and need every minute of play and have the right to play," said Oliver Bierhoff, the DFB managing director a few weeks in the "Sport Bild". FC Bayern is currently "top players in the storm, so I'm curious to see what happens".

Kingsley Coman also made it clear how big Nagelsmann's luxury problems are. Substituted, he was immediately dangerous. You have to be able and allowed to afford to leave him out. And what about Sané? In fact, he is probably only number six in the offensive hierarchy at the moment. And depending on the line-up, only four players will be on the pitch from the start. The national player is threatened with the second difficult season in a row, even if they continue to repeat mantra-like in Munich what a great footballer the native of Essen is. But they had recently increased the pressure. Verbal and about the efforts on the transfer market. Because even without Lewandowski, the competition is immense.

And wanted. As Oliver Kahn said at the end of the 2021/22 season. But even before that, the Bayern boss had emphasized that after a mixed season with "only" the championship, the team urgently needed "new stimulus points" to drive out a "certain laziness after such a long series of success" from the pros. Statements that could be understood as a warning to players like Sané. Salihamidzic also admitted that they "consciously stimulated competition in the team". The cards would just be "reshuffled. We let it run consciously." A little FC Hollywood? You're welcome!

The development on Säbener Straße is also extremely important for national coach Hansi Flick. Because for the World Cup in Qatar he needs strong players. In the desert, achievement doesn't count for legend. Sané must, as of now, tremble. Maybe not necessarily about the ticket, but definitely about his role in the team. He is now miles away from being the difference player he would like to be himself. And nobody really knows why. They believe they tried everything in Munich to get the left winger back in top form. Without success. And as much as Sané's condition rushes down, Musiala's career is progressing so steeply. Kahn says: "Jamal has shown that he is one of the best German players we have at the moment." The last impression of the Supercup in Leipzig cannot change that. 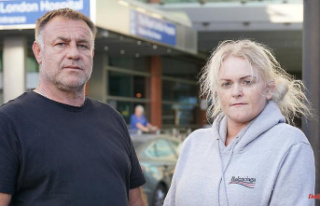