The prop wager has become a staple of the NFL season. It’s as vital to a Sunday afternoon as an accurate place kicker and as precise as a well-designed pass route.

You can bet on a myriad of outcomes. Which team will score first? Which player will score the first touchdown of the game? What will the total score be after each quarter?

The prop bet was born out of the unique bunch of individuals that were the 1985 Chicago Bears. When the Bears arrived at the Super Bowl, they carried in tow William (The Refrigerator) Perry, their 300-pound defensive tackle who moonlighted as a short-yardage ball carrier.

A Las Vegas sportsbook came up with the idea to offer a yes or no bet on in Super Bowl XX (he did). The unbelievable popularity of this proposition bet launched thousands more Super Bowl props.

Today, you can wager on the over/under on the time the National Anthem singer takes to complete the Star Spangled Banner. Bettors can put some money down on what color of Gatorade will be dumped on the winning coach and whether the Super Bowl MVP will declare that he’s going to Disneyland.

You can even bet on the ultimate 50/50 proposition, will the coin flip be heads or tails?

This was so much fun (and ridiculously lucrative) that online sportsbooks began making prop wagers part of everyday NFL life. And some of these props can take on maudlin, even morbid dimensions.

For instance, you can bet on who will be the next coach fired (the odds are reset every time a coach is fired) and on which quarterback will be the net to get benched by his team.

This season, the online sports betting site MyBookie has added a new twist to the NFL prop game, thanks to the worldwide pandemic.

Let’s look at a few of them.

Will the NFL season be suspended at any point before Super Bowl 2021?

Prior to the season, Sports Illustrated polled a number of epidemiologists and other health care workers on the front lines of the coronavirus battle about what they thought of the NFL going ahead with its season in the midst of a pandemic.

More than 60 percent of them predicted that the season would not be completed.

If you are in agreement with these medical and infectious disease experts, then you can take the odds of +350 that the season will be called off before Super Bowl Sunday. Optimists who think that the NFL will see this through no matter what are the favorites in this prop at odds of -500.

Will the Super Bowl be Played on February 7th 2021?

No Super Bowl game has ever been delayed or rescheduled. No wonder then that bookmakers are assigning the -350 odds-on favorite betting line to yes, the Super Bowl will go ahead as originally scheduled. 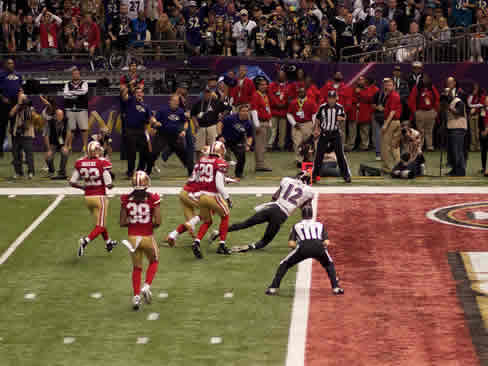 Will The NFL Playoffs Be Played In A Bubble?

This wager offers a little bit more intrigue, and not just because whether you bet yes or no, you’ll be given the same -120 odds.

Both the NBA and NHL contested their entire playoffs in a bubble format and found nary a positive COVID-19 test. Watching this unfold, MLB, which endured a number of COVID-19 outbreaks while playing the regular season in normal style in terms of travel, and allowing players to come and go as they please, is currently contesting their postseason in a bubble format.

For crazy, paranoid NFL coaches, life in a bubble would be heaven on earth.

Will All NFL Teams Play 16 Games During The Regular Season?

Roger Goodell may have a future with Ringling Brothers and Barnum And Bailey considering how much he’s been required to juggle the NFL schedule already.

A COVID-19 outbreak amongst the Tennessee Titans resulted in 24 positive tests and postponement of their Week 4 game against the Pittsburgh Steelers. Tennessee’s Week 5 game with the Buffalo Bills was moved from Sunday to Tuesday, becoming just the third Tuesday game in NFL history.

So far, though, 16 games remains the magic number. If you think that will stay the course, it’s worth a -250 betting line. However, if you think eventually some NFL games will be canceled, play no at odds of +190.

1 4 Simple Steps to Improve Safety in the Workplace 2 Gambling at work : Myth, legend or just another problem 3 6 Must Have Mobile Apps For Checking Live Scores 4 10 Skills and Traits that Every School Counselor Should... 5 Why is American Football so popular? 6 How COVID-19 Could Affect the 2020 Presidential Election 7 What Is High Cholesterol And How Does It Affect Your... 8 Ido Fishman Discusses The Knives That Every Kitchen... 9 How to Get Back In Control of Your Credit Rating 10 Most loved live casino games