Neuer saves a draw in Hungary: DFB-Elf cannot win in the Nations League

Two early goals give hope for a spectacular game between Hungary and Germany. 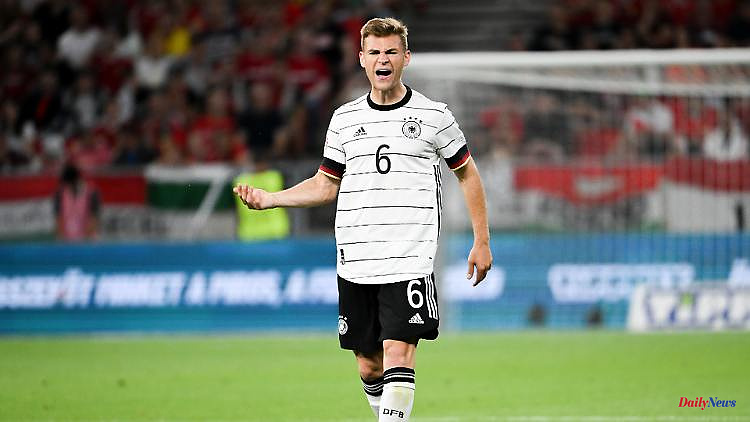 Two early goals give hope for a spectacular game between Hungary and Germany. It doesn't come to that. Both teams get a few chances, but in the end it stays that way: The DFB-Elf cannot win in the Nations League and got out of step in the summer of 2022.

Irregular, flawed, vulnerable: The German national football team also revealed weaknesses in the World Cup year against the supposedly lightest group opponent in the Nations League. The team of national coach Hansi Flick only drew 1-1 (1-1) in Budapest against Hungary in the fourth international match in a row and revealed a significant drop in performance compared to the draw against European runners-up England four days earlier.

Jonas Hofmann (9th) at least saved Flick's record with his goal, who also remained unbeaten in his twelfth international match as a DFB manager. Zsolt Nagy (6th) had given a defensively well-organized Hungary the lead. With a view to the World Cup finals in Qatar (November 21 to December 18), Flick still has a lot of work to do after the weakest performance under his direction: Little went forward, defensively his selection was anything but solid.

Compared to the 1-1 draw against the Three Lions on Tuesday, the 57-year-old made four changes to his starting XI. Leon Goretzka, who scored to make it 2-2 in last year's European Championship group game in Munich and then formed a heart with his hands in front of Hungary's "black block", moved into the starting lineup, as did Thilo Kehrer, Niklas Süle and Timo Werner.

Ilkay Gündogan, Lukas Klostermann, Thomas Müller (all on the bench) and the rested Antonio Rüdiger had to make way for the quartet. In the center of defence, future Dortmund players Nico Schlotterbeck and Niklas Süle played together for the first time. When in possession, they formed a back three with PSG pro Kehrer, left-back David Raum then moved up wide.

While warming up, the German team was accompanied by a loud whistling concert - when the national anthem was played, however, there were no expressions of displeasure from the full ranks in the Puskas Arena.

A simple long pass from Hungary's defense chief Willi Orban (RB Leipzig) initiated the hosts' early lead. There was a lack of coordination in the German defense, Manuel Neuer was able to fend off the header of Roland Sallai from Freiburg, and the captain was powerless when Nagy shot from a few meters.

The German answer was not long in coming. With a fantastic 50-metre pass, Schlotterbeck found Gladbacher Hofmann, who controlled the ball perfectly and scored his fourth goal in his 13th international match. After that, the game flattened out abruptly. Germany tried to make the game, but gaps were hardly ever found. The construction over the center seemed sluggish. As expected, Hungary made it difficult for the four-time world champion through good organization - and countered dangerously.

After a bad pass from Süle, Schlotterbeck had to stop his fellow club member Sallai with a foul. Schlotterbeck saw a yellow card (36th) and is missing the last game before the summer break against Italy on Tuesday (8.45 p.m. / ZDF) in Mönchengladbach.

In the 40th minute, the Hoffenheimer Raum, which was not always solid defensively, provided at least another offensive sign of life with a flick of the weaker right foot, three minutes later the hardly tied center forward Timo Werner pulled away. Hungary had clearer chances, in the 44th minute Neuer made an excellent save with his foot against Attila Fiola.

Even after the change of sides, the German game remained colorless. Flick, on the other hand, became more and more restless in his coaching zone and gave many commands. In the middle of the second half, Gündogan came on for the ineffective Goretzka. It took until the 72nd minute for the next noteworthy offensive scene: Kai Havertz freed the conspicuous Hofmann, whose cross pass to Werner didn't arrive. In the closing stages, Müller came on for the hapless Chelsea striker. Neuer reacted brilliantly to a long-range shot by Daniel Gazdag (81st).

1 Metropolis de Lyon. Swimming illegally: drowning is... 2 Rugby / Top 14. Toulouse will host La Rochelle, and... 3 45,000 vases for gun victims: Americans are calling... 4 Aix en Provence. A shotgun-wielding man is killed... 5 The Hungary game in a quick check: tired DFB-Elf takes... 6 Carpentras. Urban violence: An individual is in prison,... 7 Next deal from Salihamidzic: Bayern get Ajax talent... 8 Consistent reports: Scholz is now traveling to Kyiv,... 9 Sharing the burden "without prohibitions on thinking":... 10 Waiting for the traffic lights to be released: Rheinmetall... 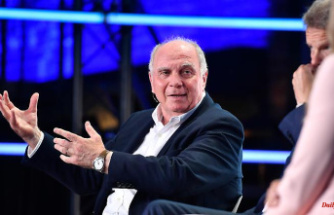 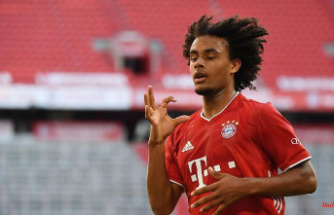 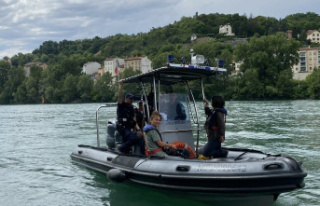