Tatjana Maria already looks like the loser, then she hits back in the round of 16 at Wimbledon. 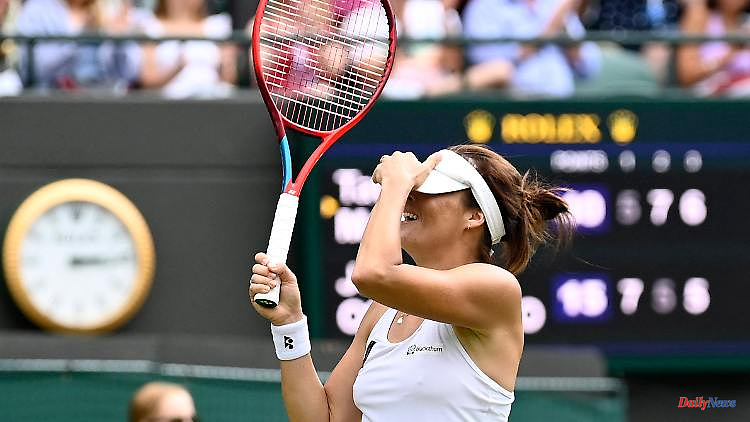 Tatjana Maria already looks like the loser, then she hits back in the round of 16 at Wimbledon. First the German fends off two match balls from Jelena Ostapenko, then she offers a masterful performance. Jule Niemeier makes it easier - now it comes to the German duel.

Jule Niemeier and Tatjana Maria each continued their sensational run at the classic grass field in Wimbledon and are now meeting in the quarter-finals. 22-year-old Niemeier defeated Brit Heather Watson 6-2, 6-4 on Center Court in 76 minutes. Shortly before, the 34-year-old Maria defeated the number 12 seeded Latvian Jelena Ostapenko 5:7, 7:5, 7:5.

Maria thanked the "fantastic spectators" who helped her to free herself from the apparently hopeless situation. "They have always been there, and if they believe in me, then I believe in me too," Maria said. The mother-of-two, who gave birth to her second daughter just 15 months ago, unnerved the No. 12 seed with her undercut forehand and backhand shots that bounced disgustingly low on turf. She had previously disenchanted Sorana Cirstea (Romania/No. 26) and Maria Sakkari (Greece/No. 5).

"I know that everyone is stressed about it," she said before the duel with Ostapenko. The slice, especially with the forehand, is out of fashion but, like the one Maria was playing at the All England Club those days, immensely effective. Ostapenko knew what to expect, but it took her a few minutes to find an antidote. Maria was 3:1 in the lead, then it became a match.

Ostapenko, 25, with all her power and topspin on offense, Maria defensively stable, lurking and heading to the net when she got the chance. While next door stars and champions - including Angelique Kerber - celebrated the 100th birthday of the center court with refugees and heroes of the pandemic and Niemeier was waiting for their match, Maria and Ostapenko fought a very exciting duel.

At 5:6, Maria made a small mistake, a double fault gave Ostapenko the set ball, which she used with all her experience in big matches. In 2017 she surprisingly triumphed in Roland Garros and reached the quarter-finals of Wimbledon in the same year. In 2018 she even got one more round before the Latvian got quieter.

This Sunday, the former rest day in Wimbledon, which will be used as an official match day for the first time this year at the 135th edition of the Championships, she appeared loud, aggressive and powerful and pulled away 4-1 in the second set. Maria countered it tactically, came up, fended off two match points and forced the third round, in which the drama reached its climax.

At first Ostapenko led, but Maria didn't let herself be shaken off, then the German, who has long been living in Florida with her family, scored 5: 4 - and Ostapenko fought back. Maria took her next chance.

A German will definitely be there in the semi-finals. For Niemeier, it is only the second Grand Slam tournament of her career, she only made it into the top 100 in the world rankings for the first time in May. 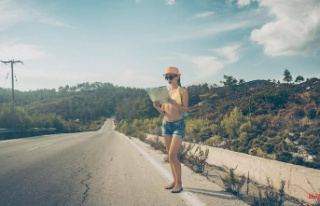