Patience instead of flashes of inspiration: What is World Cup hero Mario Götze doing?

Mario Götze's return to the national team is still a side issue. 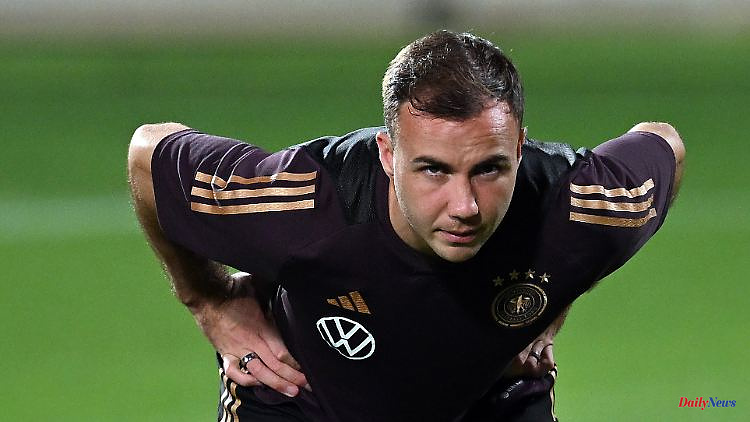 Mario Götze's return to the national team is still a side issue. The hero of Rio will have to wait for his special moment at the World Cup in Qatar. But his teammates are enthusiastic and the national coach also knows what he has in his noble joker.

Mario Götze patiently completed the passing exercises with Matthias Ginter in the duet of the 2014 world champions in the German training area of ​​Al-Shamal. Patience is just about the most important quality of the great Rio hero on his World Cup return. After the 1-1 draw against Spain, which he had to watch from the substitutes' bench, he only threw a few scraps of words at the reporters in the interview zone. Meaning: I don't have anything to say to you yet. His 12-minute comeback after five years without an international match against Japan had been lost four days earlier in general German frustration over the 2-1 defeat in the opening game.

Others are still talking about Götze in Qatar. "Mario is an absolutely important part of this group. He shows what he's capable of in training," replied Thomas Müller when asked if his offensive colleague was doing well. It was recorded: Mario Götze is doing well. The 30-year-old would certainly be even better off if Hansi Flick called him into the starting eleven for the last group game on Thursday (8 p.m. / ARD, MagentaTV and in the live ticker on ntv.de) against Costa Rica.

Flick had not made any promises to the returnee. But according to reports, Götze had already signaled to the national coach that he would not come to Qatar as the fifth wheel on the World Cup car after his widely admired performance for Eintracht Frankfurt. In the wide range of offensive creative artists, Götze has Jamal Musiala and Leroy Sané as direct competitors.

Götze was "a brilliant footballer and also a great person," said Flick when the squad was announced and praised his "flashes of genius" on the ball. However, a fear associated with the return did not come true. His appointment did not trigger too much hype, which Götze no longer likes after eventful years with a long period of low performance at FC Bayern Munich and Borussia Dortmund. The Qatar World Cup had other issues.

Götze's name is, of course, a promise, even after a long DFB break, combined with that shot at luck in the 2014 final against Argentina. Müller called this the "Götze moment". And everyone knows what that means. "I think there's a chance he can get that Götze moment again," said Müller. Maybe against Costa Rica or later in the tournament if the DFB team reaches the knockout phase. "Mario is ready and so are we," said Müller. Until then, patience is required.

1 USA donate consolation on the field: Qatar security... 2 Balanta was only 22 years old: a professional footballer... 3 Father was in need of care for years: man fails with... 4 "It's crazy": Pediatricians: "Cold... 5 Three million more since 2014: Refugees are making... 6 From South Korea to New Zealand: children's corpses... 7 First Lady introduces decorations: It's Christmas... 8 Shipping, service, prices: This is the best parcel... 9 Many against one: when a print termination is permissible 10 Verdicts: Online Casinos Illegal: Players Get Money... 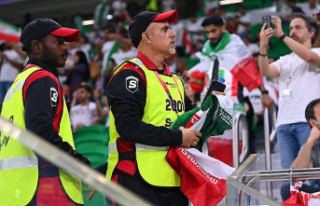